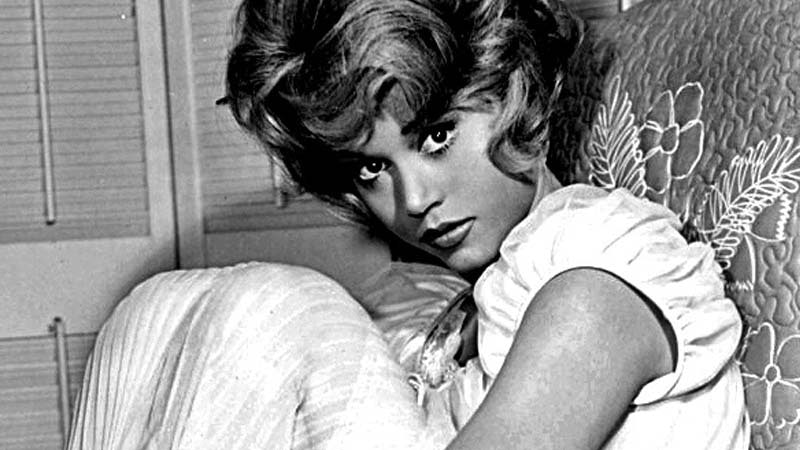 I’ve never been terribly fond of my birthday. There is something about the reality of growing up, the actual change in time, that scares me a little. It’s not being a grown-up I’m afraid of; it’s the act of growing up — all the twists and turns, ups and downs — I fear.

Maybe I've been referred to as a member of "the new Lost Generation" so many times that I actually believe I'm lost. After all, before I even entered my 20s, the New York Times Magazine was reporting that I would spend my 20s pushing back adult rites of passage like leaving home and becoming financially independent.

When I was 13, I thought I would be married by 25. I certainly don't see that happening now (nor do I want it to). Instead, in the days leading up to my 23rd birthday, I found myself coming back to Fleetwood Mac's "Landslide" again and again, playing it on repeat too many times to count. What is it about this song that speaks to me on such a deep level, especially now? Forget listening to it at work; I cry almost every time.

Can I sail through the changing ocean tides?Can I handle the seasons of my life?Oh, I don't know.

Stevie Nicks was just 26 when she wrote about those snow covered hills in Colorado.

In the grand scheme of things, I hope I have many years ahead of me, and know I'm just starting out. But there is that fear that I will not accomplish everything I want to do; that I don't even know what exactly I want to do with the rest of my life because the possibilities are endless — or that I haven't done enough already.

So for my 23rd birthday, I decided to take a look at where are nine women I look up to were at when they were 23. Yes, many were already impressive, but they also clearly had plenty to learn, just like me.

At 23, Stevie Nicks was a starving artist in Los Angeles living with her then-boyfriend and musical partner Lindsey Buckingham. She was working as a waitress and cleaning lady to support the two of them.

Buckingham Nicks had opened for some big names like Janis Joplin and Jimi Hendrix early in their career together, but soon, they had no money, no record label, and no fame to their names. As Nicks remembers:

Lindsey and I had a taste of the big time, we recorded in a big studio, we met famous people, we made what we consider to be a brilliant record and nobody liked it. But I had gotten to a point where it was like, 'I’m not happy. I am tired. But I don’t know if we can do any better than this. If nobody likes this, then what are we going to do?' I made a decision to continue. “Landslide” was the decision.

Before she built a style empire, Rachel Zoe was a fashion assistant at the now-kaput YM magazine struggling to live in New York on an $18,000 salary. She started freelance styling soon after, working “20-something hours a day, seven days a week.”

Hillary Clinton spent much of her 20s turning down marriage proposals from the man who would later become the 42nd President of the United States . . . while studying at Yale Law School. This was a time where she seriously thought she would have to choose between a husband and her career. Clinton said that while she was “desperately in love with him,” she was “utterly confused about my life.”

Not even a Hollywood royalty bloodline could give Jane Fonda confidence in her 20s. If anything, trying to make her father proud was added pressure. “I was a pleaser,” says Fonda. “I was brought up that you have to be perfect . . . It took me a long time to get over all that."

By the time she was 23, she had dropped out of Vassar College, spent time studying art in Paris, and tried modeling, before settling on acting. It would be years until Fonda also made her mark on politics, the women's rights movement, and of course, the fitness empire.

Fresh off the plane from UC Berkeley, Joan Didion was a promotional copywriter at Vogue at 23. We millennials are constantly criticized as an unprofessional generation, kids who complain about corporate culture, and are terrified of spending the rest of our lives in an office.

But Didion was the same way: "It was not my aim to do the right thing and become editor or anything, so I wore tennis shoes to work and went in with my hair wet and did all kinds of things to guarantee that would never take place." She went on to become one of the greatest writers of her generation.

Tina Fey and Amy Poehler at 23:

Just a few years after that picture was taken, Tina Fey and Amy Poehler met in Chicago's improv scene. And if you think your office job is rough, know this: Tina worked the front desk at a YMCA after being turned down for jobs at a Ruby Tuesday and a theater box-office. Their improv scene was far from glamorous and well-attended. As Fey remembers:

[There were] Brightly lit hotel ballrooms with broken microphones. College shows where the kids were all drunk. Charity buyouts where the audience was very, very sober. Corporate gigs at 8 a.m. for employees who were there to be told about reductions in their health care benefits.

She may be an Academy Award-winning actress now, but Jessica Lange was once a bohemian college drop-out. She married a Spanish photographer and ran off to Europe, where she studied mime theatre."It was all very haphazard. There was nothing deliberate in my path at all,” she says. By 23, she had moved back to New York and was working as a waitress and model. She didn't even discover acting until a few years later.

There were no mail boys at Newsweek, only mail girls. If you were a college graduate (like me) who had worked on your college newspaper (like me) and you were a girl (like me), they hired you as a mail girl. If you were a boy (unlike me) with exactly the same qualifications, they hired you as a reporter and sent you to a bureau somewhere in America. My job couldn't have been more prosaic: Mail girls delivered the mail. This was a long time ago, when there was a huge amount of mail, and it arrived in large sacks all day long.

More like this
The 19 Best Tweets & Memes About Bisexual Awareness Week
By Lexi Inks
Black Women's Equal Pay Day Highlights An Upsetting Problem
By Brandi Neal
Bennifer, Kravis, & 14 Other Fun Celeb Couples Halloween Costume Ideas
By Emma Carey and Brittany Leitner
Why Harry Styles & Olivia Wilde Make A Great Couple, According To Astrology
By Nina Kahn
Get Even More From Bustle — Sign Up For The Newsletter