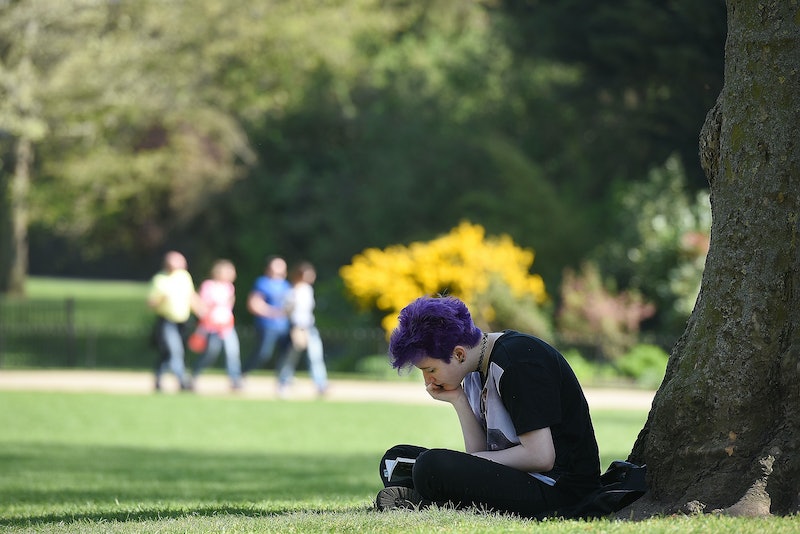 Despite being incredibly reticent to admit that we're more than halfway through 2014 — wow, typing that out is really, really terrible — we are, and that means we deserve a check in on the year's best books. How are things going on the literary fiction landscape? Turns out really well. I went searching for the top reads published so far in 2014, and it was crazy hard to choose, which gives me book nerd joy — yes, there really are that many good books out there already.

A few that narrowly missed the cut (reading is subjective, you know) but that I'd still definitely call must-reads; Boy Snow Bird (Riverhead) by the magical Helen Oyemi; Phil Klay's devastating Redeployment (Penguin Press); The Quick (Random House) by talented British-newcomer Lauren Owen; and On Such a Full Sea (Riverhead) by the inimitable Chang-Rae Lee.

Now, with that out of the way, on to the 15 picks. These books will take you to Paris and Haiti, to London and Ethiopia, to the Virgin Islands and the depths of espresso-sipping yuppie Brooklyn. They are funny and irreverent, heartbreaking and political — they’ll even make you smarter. But the best thing is (and I didn't do this on purpose, I swear) is that most of the top reads from 2014 are written by powerful, brainy women. Courtney Maum, Jenny Offill, Roxane Gay, Muriel Spark, and Lorrie Moore are just a handful of the writers you'll find below — we (and "we" here, because everyone around here loves these titles) can't wait for you to fall in love with their worlds as much as we did.

If you go by plot description alone, Jenny Offill’s latest novel doesn’t sound all that remarkable. Love, marriage, child, affair, tenuous reconciliation — we’ve all read that story. But in Dept. of Speculation, the plot is secondary to the fragmented narration, which is driven less by a voice than a consciousness — Offill’s narrator meditates on being a woman, on childrearing, on intimacy, on the nature of art and writing, and the result is riveting and distinctly new. The book falls into the category of tiny, beautiful things — it clocks in at less than 200 pages, is full of white space, and can (and should) be read in a single sitting. By calling this novel tiny I'm not being reductive — in Offill’s imagistic sentences and witty observations, in the moments of searing interiority that bring her narrator to life, one sees in the tiny a view of the infinite.

A cheating husband tries to win his wife back in Courtney Maum’s debut, I Am Having So Much Fun Here Without You . Reading this novel is sheer pleasure — it's just the right mixture of smart and readable, with tons of laugh-out-loud moments thrown in for good measure. Not surprising, considering Maum’s also the brains behind Electric Literature's hilarious column, Celebrity Book Review (yes, you should definitely click that link). Richard Haddon, cheating and all, is a lovable character; this is one you'll zip through and then nag all your friends to read. A good summer book club pick!

Since The Empathy Exams 's release earlier this spring, Leslie Jamison has become a lit-world household name — she's gotten raves in pretty much every major publication, made the New York Times Bestseller list weeks running, and scored a crazy-lucrative deal with Little, Brown for her next two books. The best part? The buzz is completely deserved. Jamison’s been compared to incisive women essayists galore, including Susan Sontag and Joan Didion. But the comps don’t really do her justice. Her voice is uniquely hers, equal parts daring and honest, and she’s a terrific stylist to boot. From the first essay, about Jamison’s experiences working as a medical actor, you’ll realize you’re in the presence of your new favorite writer.

The Antiquarian by Gustavo Faverón-Patriau (Grove)

Peruvian writer Gustavo Faverón-Patriau's first novel is a puzzle box. It's billed as a gothic murder mystery and an “exploration of the antiquarian book world,” so you won't be surprised to hear that the story is full of gruesome violence and weird digressions. Gustavo is a successful psycholinguist who receives an unexpected call from his college best friend, Daniel, who is interned in a psychiatric ward for murdering his fiance. From there, the story twists and turns, leading you by the hand into the plot-equivalent of haunted house full of mirrors, where the closets are, indeed, full of skeletons. For fans of Latin American writers like Borges and Bolaño, or anyone fascinated by the utterly creepy.

This collection of extremely short stories, most no longer than a few pages, is as deft and breathtaking as its title suggests. There’s something of Grace Paley’s plainspoken brevity here, but the stories are decidedly weirder — a girl who just lost her virginity drifts into a reverie about a lonely day spent licking envelopes at her father’s office, a man obsessed with female serial killers falls down an internet rabbit hole, everyday objects are distorted in comic, unsettling ways, like the four-pound tomato that’s the centerpiece of “The Big Tomato.” Danish writer Dorthe Nors makes her English-language debut with this collection; let’s hope it means more translations of her work are to come.

Mabel Dagmar, a scholarship student at an Ivy East Coast college, is invited to spend the summer at her upper-crust roommate Ev’s family cottage in Vermont. And so begins this absorbing page-turner, in which midnight skinny-dipping is de rigueur, love affairs bloom, and everyone harbors a dangerous secret. Beverly-Whittemore’s writing is completely absorbing — I rationed the last 30 pages, I so didn't want this book to end.

Stacey D’Erasmo’s fiercely intelligent latest novel follows 44-year-old former rock-star Anna Brundage as she risks everything on a tour to promote Wonderland, her comeback album. The story moves back and forth in time, so that moments of Anna’s past glory are juxtaposed against the present — making for a journey that's a fascinating investigation of the unique challenges that face female artists. But the true rock star here is D’Erasmo for the way she manipulates prose — in a lesser writer's hands poetic meditations on musical composition would be a slog, but D'Erasmo makes every sentence revelatory.

The Last Days of California by Mary Miller (W.W. Norton)

Not a ton happens in Mary Miller’s The Last Days of California. For much of the book, the Metcalf family — Mom, Dad, 15-year-old narrator Jess and charismatic older sister Elise — are trapped in a car. The family is on a cross-country journey to the Pacific Ocean, where Dad, at least, believes they will witness the impending Rapture. The girls put on makeup and bicker about boys, Jess watches her sister and obsesses about her family, they eat fast food, there are clumsy kisses. But as far as coming-of-age novels go, this one is as good as it gets — rendering a universal experience in fresh, vibrant language. Jess Metcalf is the modern day equivalent of great Southern girl narrators like Scout Finch of To Kill a Mockingbird and Bone Boatwright in Bastard Out of Carolina.

All Our Names by Dinaw Mengestu (Knopf)

Dinaw Mengestu’s All Our Names twines together two very distinct voices. One of our narrators is Isaac, a foreign exchange student from Ethiopia attending college in the Midwest. Helen, our other narrator, is the social worker assigned to Isaac’s case. Isaac’s story stretches back in time to a turbulent and violent period in African history; Helen’s story starts with Isaac, and chronicles, most closely, their budding romance and her interest in Isaac’s past. Another masterful book from "Genius" grant-winner Mengestu, whose talent, it seems fair to say, is limitless.

A new book by Lorrie Moore is a drop-everything-and-run-to-your-nearest-bookstore kind of event, which is precisely what I did when Bark , Moore’s first collection of stories in 16 years, came out. These eight stories are full of Moore’s signature wry female characters (and some great male ones, too), most in middle-age or past it, all of them wading through life’s messes with sometimes vicious humor. I don’t know how it’s even possible, but Moore’s powers have only sharpened — in a paragraph near the conclusion of a story called “Subject to Search,” in which a woman meets an old friend and lover at a restaurant in France, I ricocheted from surprised laughter to sudden tears. And “Thank You For Having Me,” Bark’s final story, might be Moore’s most beautiful work to date.

Anyone who follows prolific essayist Roxane Gay on Twitter knows that she is fearless — her first novel, An Untamed State , proves it tenfold. Mireille Duval Jameson is kidnapped at gunpoint while visiting family in Port-au-Prince, Haiti. At the hands of her captors, she suffers excruciating torture, and Gay never flinches from writing, with vivid honesty, the true psychological horror of Mireille’s plight.

Land of Love and Drowning by Tiphanie Yanique (Riverhead)

Okay, technically this one isn't out until July 10, but it's so good, it's going on the list, anyway. Anyone who criticizes contemporary fiction for being insular will have to change her tune after reading Tiphanie Yanique’s ambitious debut novel, Land of Love and Drowning. The book paints the history of the Virgin Islands, a place of great beauty and magnetism that has alternately been plagued by conflict, hurricanes, the pressure of American culture, and racism. This setting is the backdrop for the sweeping, multigenerational story of a Caribbean family that hinges on Eeona and Anette, two beautiful sisters with very different connections to the islands they call home.

The Book of Unknown Americans by Cristina Henríquez (Knopf)

Arturo and Alma Rivera have come to America, like so many do, in search of a better life. Their 15-year-old daughter Maribel suffered a tragic accident in Mexico that has left her facing a long and doubtful recovery; the Riveras hope that in Delaware, where they settle, she'll have access to the resources she needs. The novel is extraordinarily intimate — almost without realizing it, you’re completely transported by the story of the Riveras, particularly when Maribel embarks on a relationship with Mayor Toro, a teenager who shares their apartment complex. A moving and important book about what it means to be American, and what we’ll do for love.

Wunderkind Karen Russell is actually incapable of writing anything that’s not addictive and weird as hell. Her novella Sleep Donation is no exception. All you really need to know is that it’s set in a future version of America where an insomnia epidemic is wreaking havoc. Oh, and that Karen Russell wrote it.

What? Muriel Spark? Isn’t she dead? Yes. But I'm sneaking in The Informed Air anyway, because it’s the first time Spark’s essays have been published in one collection, and so technically we can count this as a 2014 book. The essays here touch on hundreds of topics — Spark’s cat, superior noses (you have to read it), faith, travel, and for writer nerds, there’s lots on writing, writers, and books. If, back in Spark’s day, people had blogs, hers might have looked something like this remarkable, odd book, which will please long-time Spark fans and newcomers to her work.