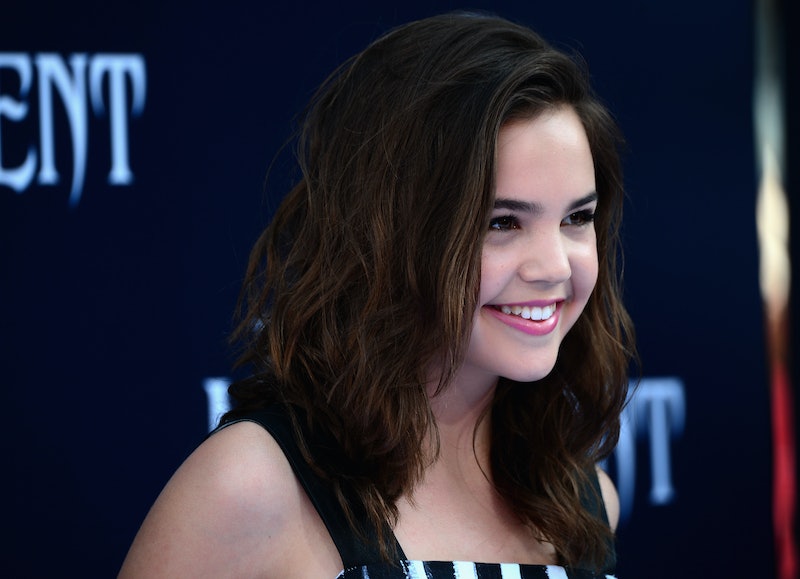 ABC Family drama The Fosters might be one of the most engaging shows on television right now. Centered around an interracial lesbian couple and their mixed family consisting of their biological, adopted, and foster children, The Fosters has inspired a lot of fan love and speculation. One of the more pressing rumors to hit the internet outside of theories for the show itself relates to a bit of deceptive casting. Loyal viewers can't forget The Fosters' gripping Season 2 premiere which revealed a one-two punch with the appearance of Callie's biological dad Robert Quinn (Kerr Smith) and her paternal half-sibling Sophia, played by an actress with a striking resemblance to Callie: Bailee Madison.

But it's not the narrative bombshell that has the internet up in arms. The premiere has fostered scores of rumors that Madison and the actress who portrays Callie (Maia Mitchell) are somehow related in real life. Tumblr and scores of fan sites are rife with "Bailee and Maia Could be Related" posts. In fact, one Just Jared commenter spotted the plot twist a mile away from the casting announcement alone, remarking "wow [Madison] must play [Callie's] long lost sister or something." The resemblance between the two certainly is uncanny, (we bet a certain drinking game could be culled from trying to identify the actresses through screencaps alone).

Is there any weight to the internet's buzz, though? Apparently, not even a little. The actresses are confused for each other constantly, with even fans not being able to tell the difference.

The actresses have a good sense of humor about it, though, often referencing the fan theory on their social media profiles. The faux sisters even documented their first ever meeting since the fan buzz was so hot before they had even become acquainted in person. Given both girls are Disney stars, with roles in programs and movies like Wizards of Waverly Place and Teen Beach Movie, we can only hope someone decides to cash in on the resemblance and the internet obsession around it and cast the two as full-blood sisters in some kind of sibling buddy comedy.

In the meantime, we'll just have to be content with watching Callie get jerked around by Robert, and hope she eventually shares some screen time with Sophia, though the jury's still out on whether or not that's what's best for her character.