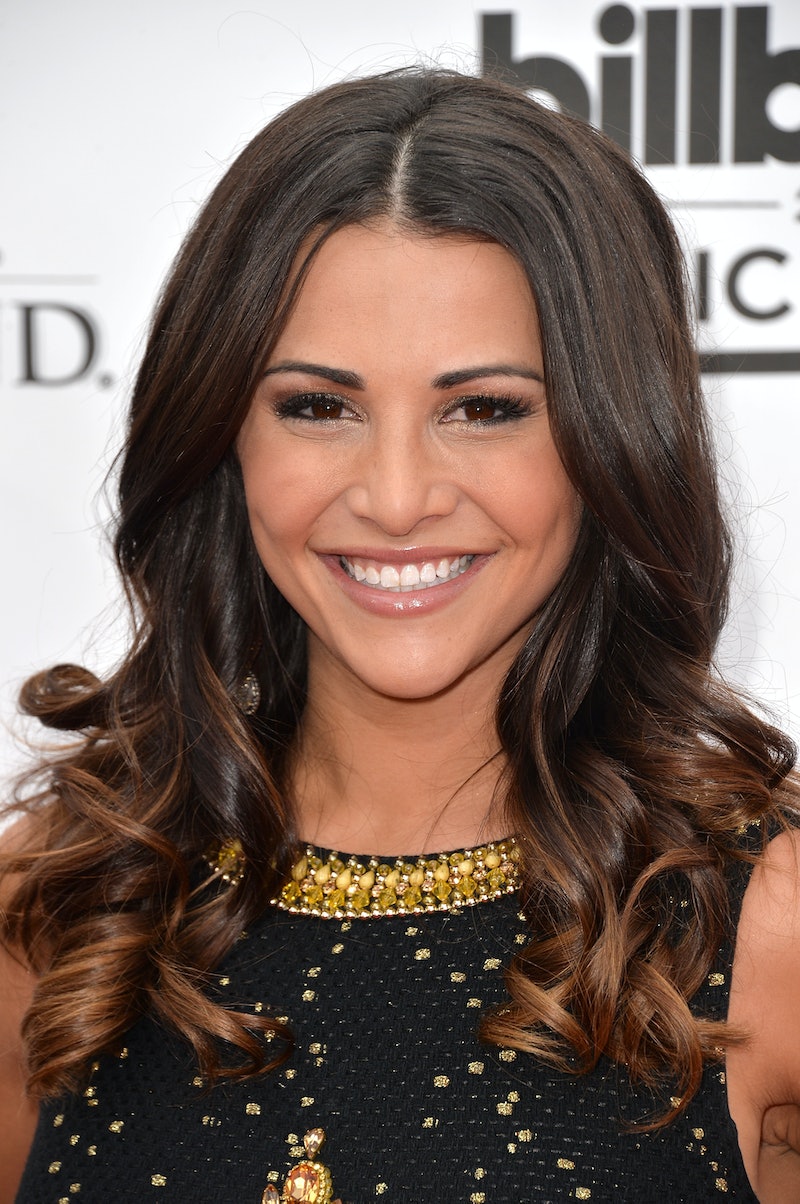 Every Bachelor and Bachelroette has their own special tick. For Juan Pablo it was "ess okay" and random, obnoxious capital letters in his writing. For Andi it's saying "staaahhhpp" and using way too many exclamation points in her Bachelorette blogs. Seriously. Girl just used 26 describing Monday's episode and barely anything even happened during it. I get that writing in an engaging way can be difficult when it's just words on a screen, but the way Andi is approaching this particular punctuation has to stahhhp. She can't possibly find that many things exciting, right? Maybe for her exclamation points have gone the way of "LOL" and "Haha." You're not actually laughing, but it's habit to throw it in there so people don't think you're a heartless bitch.

However, Andi takes her "journey" to find love very seriously, so I wouldn't be at all surprised if she was totally feeling every single one of those 26 exclamation points. In the interest of acknowledging her true feelings, I'm going to take them all at face value, and then show her why she's a little too excited about some things. Maybe after this she'll tone down the usage. She may not have been able to stop her other ticks because the season was already filmed, but the exclamation points are something she has control over and I personally believe she has the willpower to tone it down. So Andi, are you ready? Okay, here are all 26 uses of exclamation points in chronological order.

I wanted to show him a date that didn't involve rappelling down 30 stories!

What I'm reading here is basically that Andi didn't want to go on another one of those dates. This exclamation point is more a release of fear than of joy, but either way it's the first on a slippery slope to way too many excited sentences.

You could say we basically ate our way through the city of Brussels!

Food is pretty awesome, but I don't know if it merits quite this level of excitement. However, Andi has a thing about food which you'll see later.

We spent some time writing to our families, which I thought was the sweetest idea!

If you ask me it was just a way to spend time not talking, because you're going to see your family before that letter even has a chance to make it home. Can you say waste of paper?

But when I least expected it, there was a knock on the door and it was Nick! It was so cute to see how nervous Nick was when he knocked on the door! I was completely taken by surprise, but I loved it! I loved Nick's effort!

Translation: I love Nick! Nick! Nick! Nick! Andi's exclamation point usage for her men is directly related to how far in the season they're going to go. Nick just got four in a row and we can practically smell the proposal.

We actually do eat on dates, I promise!

This is the second time Andi has said this about a date and I wish she would stop justifying her eating habits. Like do or don't eat the date food, but don't get all weird about it. I know I'm not accusing her of not eating it, so I'm a bit confused by this enthusiastic defense of her actions.

Josh and I laughed so hard the entire parade! Thankfully that day he was happier than normal! We had so much fun in the town of Ghent!

Andi and Josh LOL'd at the ENTIRE parade. Every bit of it. Every last bit. Geese are HILARIOUS.

We enjoyed dinner in a castle that evening!

Castles are not surprising in Bachelorette-land, Andi. You should know this by now.

Honestly the town of Ghent at night was the most stunning place I have ever seen in my life! The best part of the date was definitely when Josh told me he was falling in love. I was completely shocked!

Andi also said during a lie detector test that Italy was her favorite country and was later found to be lying so I'm not going to take her country endorsements at face value. Also she was goading Josh all night long into saying his feelings, so I'm not quite sure I get the shocked part. Also he just said he was "falling in love" not "in love" so she should reserve some of that excitement. Things could still go poorly no matter how stunning Ghent is.

It was all very fairy-tale-esque!

At the end of this day this lawyer just wants to be a princess. Perhaps she should have gone on I Wanna Marry Harry instead.

Again, another beautiful spot in Belgium! I'm telling you, this country was as picturesque as it gets!

Why do I feel like she's being paid by Belgium to promote their country?

We arrived at a monastery. What a sacred place!

I'm actually laughing out loud at this point. Like obviously it's sacred, it's a monastery. That's the whole point. Is she making a pun here? I'll give her a pass if she's making a pun, but I feel like she's not.

We shared a sweet kiss!

Dinner with Nick was so great and we ended the night with fireworks, which for me capped off a great week of dates!

After weeks of similar dates it's a wonder she hasn't gotten used to the meal and fireworks treatment yet.

I have to give major props to Chris for pulling me outside at the end of the night and going in for a kiss! I loved when a man takes charge and Chris continued to do that!

Yay Chris! You continued to be a contestant on this show! That is unheard of!

Here we get an all caps and two exclamation points because Andi is extra excited. However, if she's going to tease "truly amazing families" they better like all have cured cancer or run 12 marathons in a row or something. More likely this is just an exaggeration. Sorry Andi but "No asshole brother" does not a truly amazing family make.

Thanks as always for reading and tune in next week!

Why does she sound like a school field trip chaperone trying to get a begrudging classroom to care about some boring museum? Oh that's right, because she's trying to make us care about her boring season.

You're going to have to try a little harder than that, Andi.