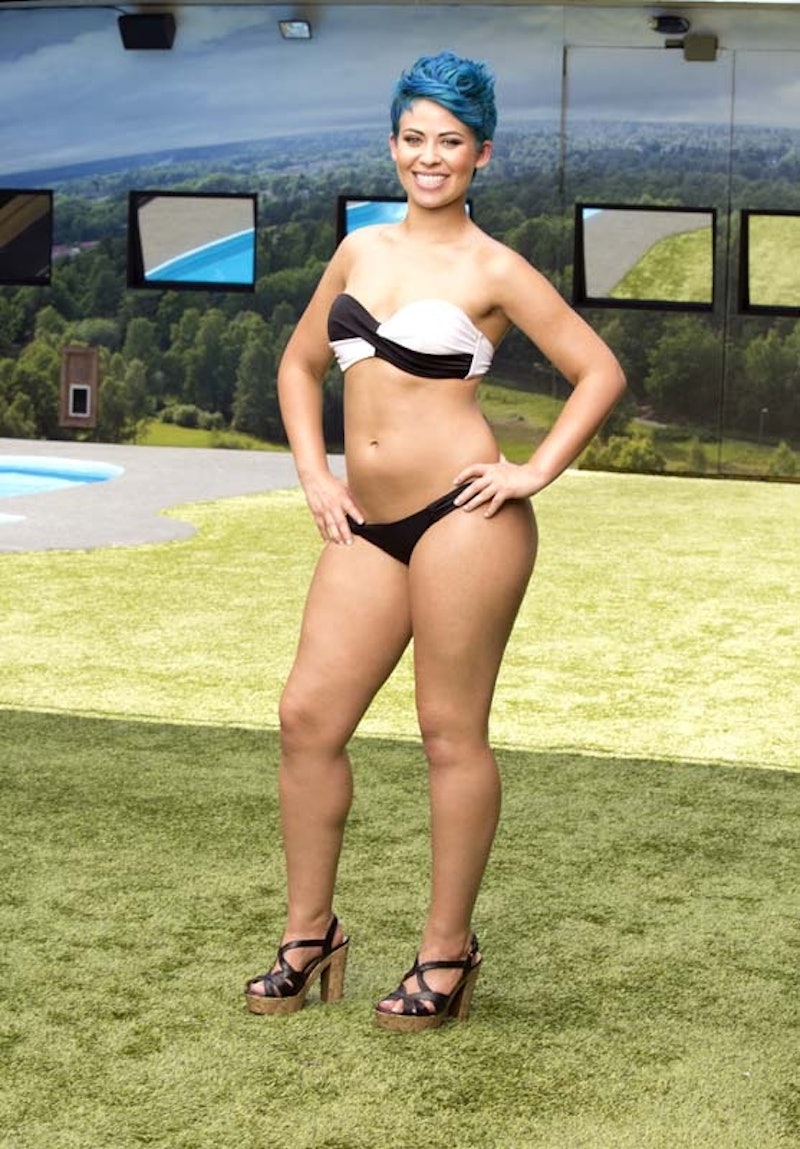 To the surprise of absolutely no one — except for the booted houseguest herself — Joey Van Pelt was the first player to be evicted from the Big Brother household. Despite her bizarre Hail Mary pass of coming up with a Jo Calderone-like alter ego named Alex to try and change minds, the damage was already done. By a unanimous vote, "the kind, but crazy" (as Hayden described her) Joey was the first houseguest to walk out the door on Season 16 of Big Brother. So much for Team America getting off to a strong start!

After trying, and miserably failing, to form an all-girl alliance, Joey felt the steamroller wrath of Caleb and Devin who punished her to daring to try and form an alliance. The nerve! The very same thing they have done with "The Bomb Squad"!

Joey, knowing she was the biggest target in the house after her ill-advised confession about her alliance plans, tried to plead with the girls in the household to keep her around. That went about as well as you'd expect. Enter: Alex, a meathead parody of all the meatheads in the Big Brother 16 house. While Joey's machismo alter ego made some of the girls wonder if the guys in the house were just going to keep picking them off one by one because BOYS RULE AND GIRLS DROOL AND THE BOMB SQUAD GONNA GET YOU BLOWED UP (DING DING DING), that still didn't stop them from evicting Joey/Alex.

But even if Joey's pre-vote plea to stay in the house wasn't as horrendous as the very one she gave (there was something about random numbers and how Paola is a weak competitor, which was really "caltoru" of her to say), she was done for. We knew it last night, and we knew it once the votes to evict started rolling in. (Though, technically, Amber started to vote for Julie, which was the biggest twist of the season yet.)

During her exit interview Joey, a self-proclaimed feminist, said that the clicky mentality from people from all kinds of different demographics proved to be too much for her and the house brought up some "seventh grade insecurity." Turns out seven wasn't her lucky number, after all. Now, Joey had some truly terrible gameplay, but if Devin keeps things up (which he will), that "Bomb Squad" should self-implode pretty soon.

More like this
The 'Big Brother 24' Racism & Bullying Controversy, Explained
By Jake Viswanath
Everything You Need To Know About The 'Big Brother' Reboot
By El Hunt and Maxine Harrison
Twitter Is In Meltdown Over The Confirmed Return Of 'Big Brother'
By Sophie McEvoy
Armie Hammer's Exes Share His Alleged Voice Messages About Cannibalism & Abuse
By Grace Wehniainen
Get Even More From Bustle — Sign Up For The Newsletter