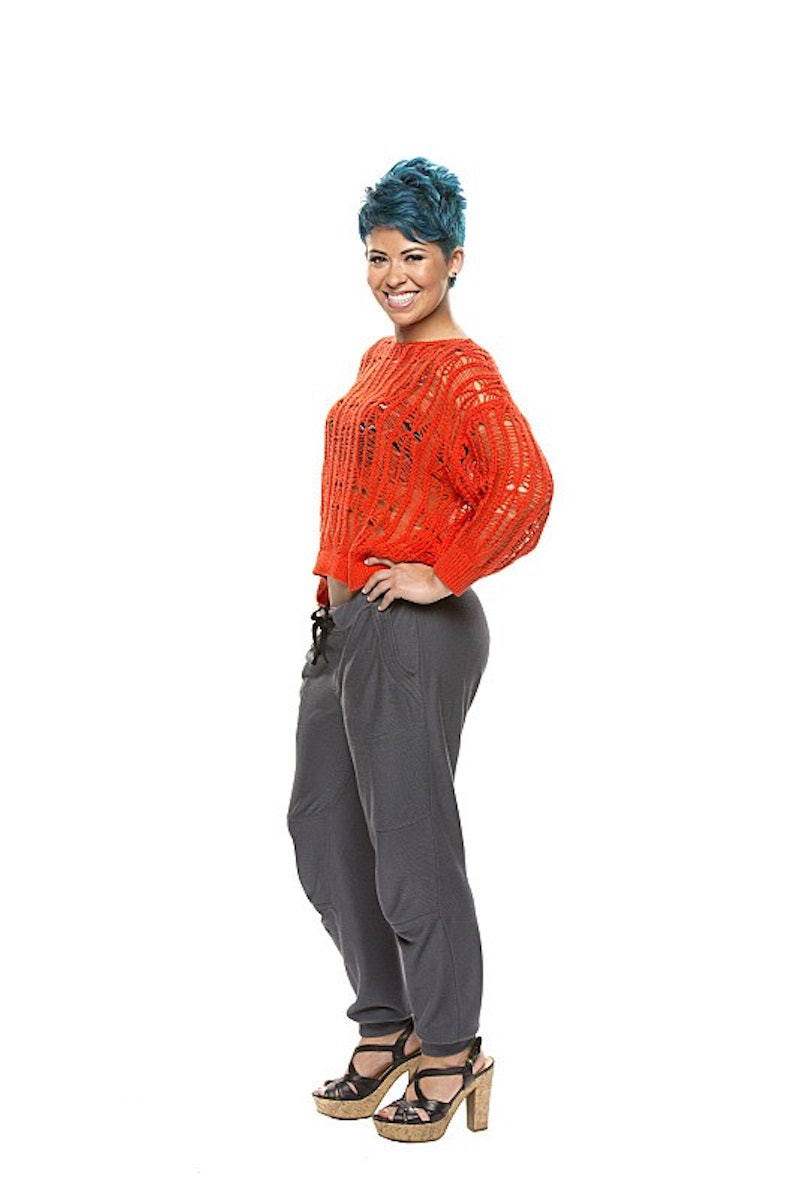 After Wednesday night's episode of Big Brother we're not entirely convinced that the Devin and Caleb-fronted alliance "The Bomb Squad" shouldn't just rename themselves the He-Man Woman Haters Club. That's because after Devin and Caleb (whose rampant paranoia already made them believe that Donny was a dangerous threat with a secret military past) got wind that self-proclaimed feminist Joey wanted to start an all-female alliance, they simply would not have it! Only men can have alliance in house and only woman can join alliance when said man gets super worried at 4 in the morning and insists woman join alliance! It is the only way!

Sadly, this isn't the first time "The Bomb Squad" has flexed their sexism (during Sunday's episode Devin declared that women are "too emotional" in this game) and their attack on Joey all but seemed to solidify it. Joey's all-female alliance "El Cuatro" completely fell apart at the seams after Derrick noticed the girls were conversing with one another in the bathroom (anything but that!) and Amber completely ratted her plan out to "The Bomb Squad" guys. It's hard what was to decide what was more painful to watch: the other women in the house failing to get on board with Joey's girl power plea, or that Joey later apologized to Devin for daring to consider having her own alliance. The latter, definitely the latter.

Now, Joey mishandled this situation so terribly (she shouldn't have confessed to her plan, let alone being sorry for strategizing and playing the game) but the fact that the predominantly all-male alliance made her feel guilty for daring to start an all-female alliance is setting an awful tone for the household. Devin and Caleb's way of trying to run the Big Brother 16 house so far could spell trouble for all of the female houseguests. It most certainly spells trouble for the blue-haired Joey (who, unbeknownst to Devin, Caleb, and the rest of the house is part of the secret, viewer-chosen Team America), who was put up on the block by Caleb after Donny got himself down.

Unless Team America can somehow save Joey from herself and "The Bomb Squad," her chances of staying in the house seem pretty slim.

More like this
The 'Big Brother 24' Racism & Bullying Controversy, Explained
By Jake Viswanath
What’s New On Netflix: 'Never Have I Ever' & 'Indian Matchmaking' Return
By Arya Roshanian
'The Bachelorette’s Johnny Could Be Gabby's Dark Horse This Season
By Kadin Burnett
Is Nathan Fielder Dating Anyone? What 'The Rehearsal' Star Has Said About His Relationships
By Grace Wehniainen
Get Even More From Bustle — Sign Up For The Newsletter