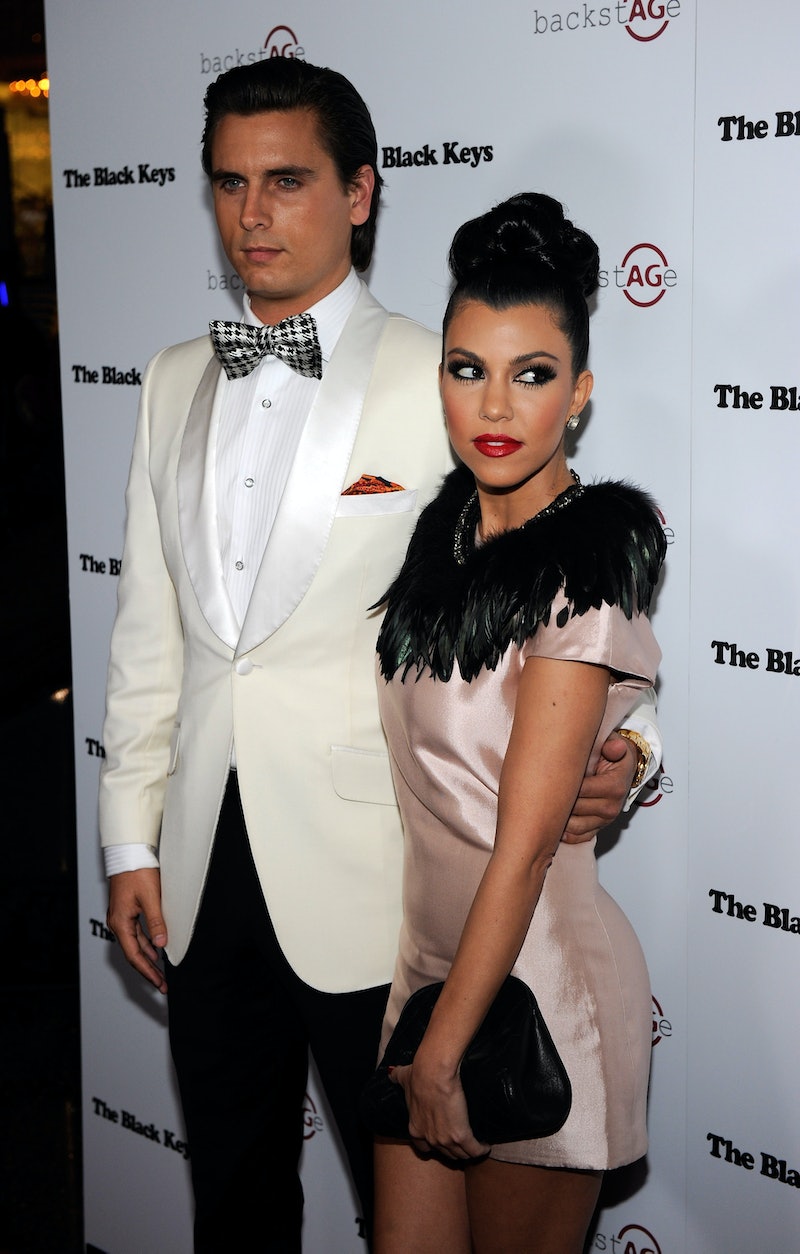 Gossip Girl may have gone off the air two years ago, but if you tune in each week to Keeping Up With The Kardashians, you'll see essentially the same thing. Okay, not exactly. One takes place in Manhattan, while the other is in Calabasas, but Kourtney Kardashian and Scott Disick really are like a real-life version of Blair Waldorf and Chuck Bass. Just think about it! When I recently saw a tweet mentioning the comparison, I decided to do a little digging and it turns out there are tons of similarities between these TV couples. To start off, both come from elite families (don't tell me the Kardashians aren't reality royalty!) and have killer fashion sense. Plus, as much as Chuck/Scott make you want to hate them, you know you can't. And neither can Blair/Kourtney, because they're just meant to be.

This is proven time and time again as Kourtney and Scott make up, break up, repeat. Spoiler alert: The same is true for Chuck and Blair who wind up together in the end. Were you really surprised? Nope, no one was. As these shows progress, we're able to witness bad boys turn into good guys. Beneath those perfectly tailored suits, there's a caring heart.

Here's a few ways these pairs are similar:

The guys look great in suits.

And they're well aware of it.

Egotistical is an understatement.

Don't forget, the girls have amazing style too.

Kourtney and Blair are queens of sass.

These two ladies aren't afraid to stick up for themselves.

Their chemistry is undeniable.

But sometimes they have fights.

Okay, a lot of the time.

In the beginning, they had different priorities.

They didn't treat their ladies with the respect they deserved.

But over time, they settled down.

Most likely it was the women's positive influence.

Now, they have super-cute sons.

Everyone knows Mason is the real star or KUWTK and in the GG finale, we fast-forward and see Blair and Chuck have a son named Henry.

And will live happily ever after?

Does this mean Kourt and Scott will follow in their footsteps and get married? One can only hope! They have plenty holding them together as it is, but no one can deny the wonderful frenzy that is a Kardashian wedding.