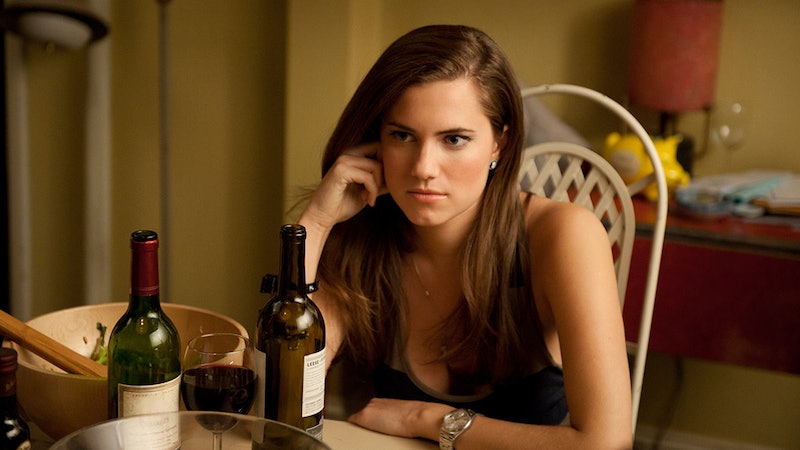 Twentysomethings have a bad reputation for ducking adult responsibilities. It's not a new phenomenon (as much as everyone loves to hate on Millennials); it's a well-established phase of life during which you struggle to find balance and must decide where your energy is best spent. Most people end up anxiously drifting in their twenties, hoping problems will solve themselves. But eventually, every twentysomething reaches a breaking point and realizes that they need to face adulthood's problems head on.

There is even an astrological term for this breaking point: "The Return of Saturn." It begins at age 27, when Saturn returns to the same point in the sky it was in at your birth. From there, Saturn is able to slap you upside the head and demand you start a workout routine and stop dating jerks. Even the great Gwen Stefani experienced Saturn's return and wrote about it on her album titled, obviously, Return Of Saturn .

You think of debt as "just numbers"

I won’t lie. The moment I stopped fearing my debt and started calling it “just numbers,” I thought it was a breakthrough. A positive breakthrough. It felt so freeing! But (obviously) calling your debt “just numbers” is the beginning of a very slippery slope. It's like calling a Sharknado just “wind.” In your 20s, you need to start dealing with your debt, and have a budget in place for repaying it.

You can’t remember the last time you washed your sheets

Never settle for dirty sheets — (and that doubles as dating advice). You deserve more! It's time to start washing those sheets, AT LEAST twice a month.

You've never asked for a raise

In my early 20s, I enjoyed reading articles about asking for a raise, but the topic still felt foreign to me. It was like listening to judges give feedback on American Idol — interesting, but I'd probably never have to nail a Queen song in front of millions of fans. Raises were something for disgruntled middle-aged people in pants suits to worry about, not me. I soon realized that us quarter-lifers can feel disgruntled, too — unless they learn how to speak up. It's time to ask for that raise.

This is a neat little trick for lazy people of all ages. But hopefully, by 30, you’ve earned the right to cheat occasionally. Twentysomethings, on the other hand, have to actually establish a regular workout routine before they can blow it off. Find what you like now so that when your metabolism really slows down, you have good habits in place.

Newsflash: Everyone wants to experience life and see what's out there. Why rehash that basic desire during a break up? To make somebody feel like they are in the way of your awesome time? The first time I skipped the "I'm a special snowflake who needs to see the world" spiel and just said, "I am not into this anymore, I'm sorry," I couldn't believe how well it went over. Honesty is a pretty solid policy.

If a selfie addiction could talk, it would say, "Hey — finding happiness in my late 20s is slow-going. Could you please just hit 'like' so that I can experience a quick high?" Feet selfies, on the other hand, communicate nothing but contempt for everyone who sees them. Exercise restraint.

You’re busy — it’s true. But the more you talk about it, the more out of control you probably are. When you’re feeling overwhelmed, it’s best to direct all your complaints at your schedule, and try to scale it back. Being busy is not, in itself, something to brag about.