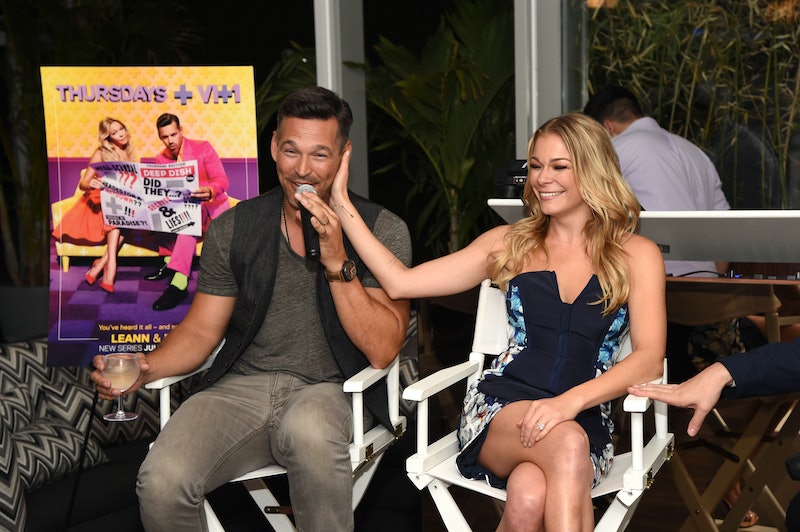 Now that everyone has moved on from LeAnn Rimes and Eddie Cibrian’s affair, they’ve decided to bring it up again, just to drag us back into the drama that most people could care less about. The first episode of LeAnn and Eddie is live on VH1.com already and within the first two minutes they discuss the affair, Brandi Glanville, and many of the other rumors that have circled the tabloid world. While other celebs learn to ignore what the media says about them, LeAnn and Eddie had to go and make a reality TV show about it. It's enough to make a girl hope that ol' reality TV breakup curse is real.

After wasting 30 minutes of my life watching this show (so you don’t have to), I can safely say that a majority of this eight-episode reality show will be spent talking about their affair, which was five years ago in case there is a single soul counting now. The show will cover the controversy that surrounded the affair and there will be countless digs at Glanville. Sure, maybe Glanville’s running her mouth like they claim, but these two literally have nothing else to talk about besides what the media has to say about them, which is getting pretty darn tired at this point.

“Our relationship didn’t really start off the way we had planned,” Rimes says in the premiere episode. Well, duh, lady. I mean if you had planned to start your relationship that way, that’s a whole different set of problems you should be concerned about.

At the TV critics' meeting, LeAnn commented on the nature of the show, "We do discuss Eddie's ex-wife when it needed to be discussed,” except for the fact that Brandi is mentioned roughly every five minutes. Not to mention that Eddie came out saying that this show wasn’t going to be all about responding to critics, but that’s all the first episode is.

Not only do they consistently talk about the what the tabloids are saying, but they even plan to do little things “as a joke” so the media will keep reporting on them. In the first episode of LeAnn and Eddie, they plan out how they are going to kiss each other for the cameras on the red carpet of Eddie’s newest movie. They claim it’s making fun of the ridiculous stories the media comes up with, but if they are so focused on staying out of the media, why egg the rumors on?

This may be harsh, but I am officially branding LeAnn and Eddie the new Heidi and Spencer, or Heidi and Spencer 2.0, if you will. If the couple hates the attention so much, maybe it’s time we do them a favor and boycott them.