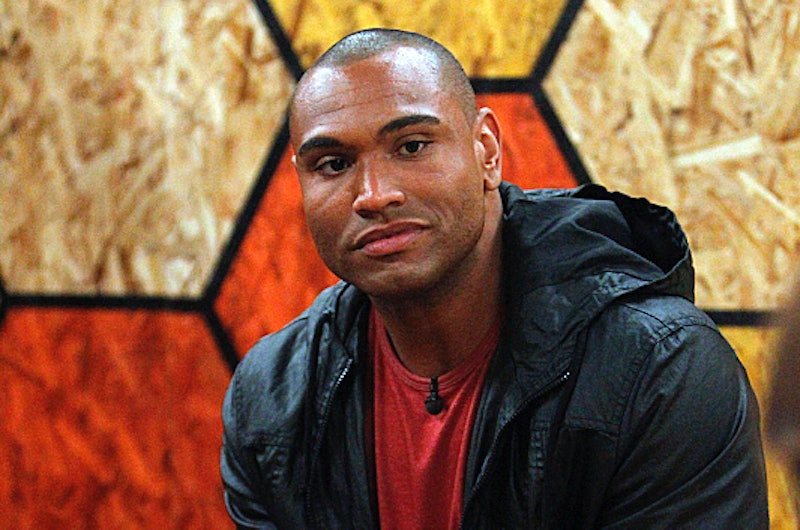 While we first came to know Big Brother 16 star Devin as a former baseball pro and loving father, the game quickly unfolded to show his true nature. He has been more friend than foe, and even this Big Brother first timer can tell that his gameplay is nothing short of terrible. But as Devin faced elimination, so did the incredibly awful Caleb (and his overactive romantic imagination).

Earlier in Thursday's episode, Devin's housemates mused on the idea that this family man who loves his young daughter so dearly was actually a good person deep down. Could it have been that the confined quarters and the constant strategy of the game simply seeped into his brain and brought out his worst?

Well, it doesn't matter now because "Devil Devin" was evicted by his housemates. And despite all the chatter about potentially eliminating Caleb, every last one of his housemates has spoken: they all voted to evict the former sports pro. Some even did so rather "gladly."

Still, it seemed that when Julie Chen delivered the news, Devin already knew it was coming. He smiled a knowing grin, fully aware that his behavior and made this mess and now he had to deal with it. His departure was sweet, considering what a "devil" he'd been all season. But, of course, as soon as Devin left the house and wandered into the hot seat, the entire group erupted in squeals and cries that "I can breathe again!" Sure, guys. You can breathe. For now.

And at least that precious little girl gets her dad and the supposed "worst player in Big Brother history" back for the rest of the summer.