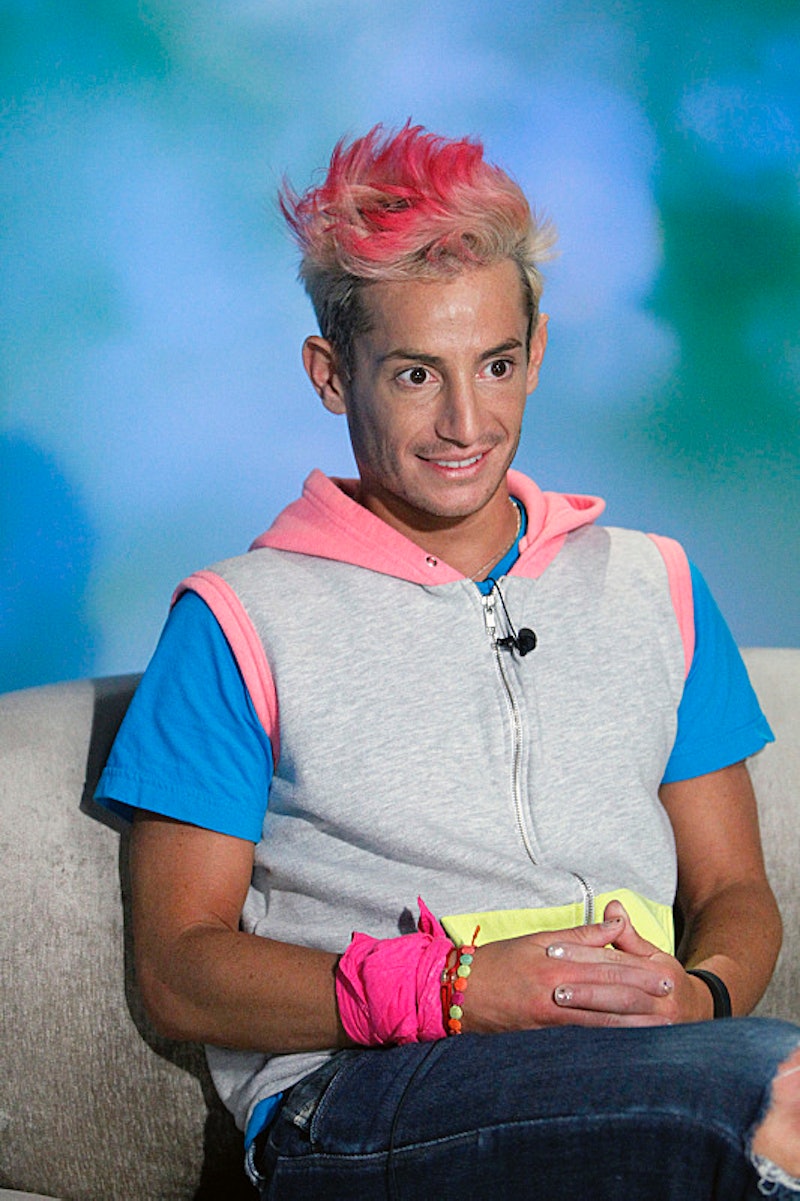 Next to having immense power and somewhat ensuring your safety in the competition, getting a little taste of your life outside of the Big Brother house is the best thing about winning HoH for the week. In addition to scoring a nice, big, private bedroom and loads of your favorite snacks, the HoH receives a letter from home and photos of loved ones. Usually, asking the other houseguests, "Who wants to see my HoH room?" doesn't mean you're asking for trouble, but for this week's Big Brother co-HoH Frankie Grande, having anything from home that would tip off the other Big Brother contestants that his sister is Ariana Grande could completely screw up his game.

All season, Frankie has gone to great lengths to keep the identity of his mega-star sister a secret from the other houseguests. Although, Frankie blabs about Ariana A LOT for someone who is actively trying not to reveal who she really is, he bends the truth a little by saying that her name is "Ari" and she's "studying music" right now. It would be a shame if any of his HoH rewards destroyed all of that hard work and possibly ruined his game. Luckily, either Ariana is just as good at strategizing as Frankie, or he has incredible foresight, because according to Frankie's Twitter account, which Ariana has been tweeting from in Frankie's absence, only baby pictures of his sister were sent to be in his HoH room.

Phew! We can all breathe a collective sigh of relief after hearing that news. Could you imagine what would have happened if somehow current photos of the woman, the myth, the legend Ariana Grande ended up in Frankie's HoH room? Real-life Arianator Victoria would have freaked the Frankie out, Frankie would be forced to scramble and pretend he's just a huge fan of Ariana or something, and someone would have to explain to Donny who she is. Not only would all of the other houseguests know that Frankie's sister is hugely famous, but they would also know Frankie is a liar, both of which spell disaster in the Big Brother house.

It's unclear which photos of Ariana were sent to Frankie's HoH room (hopefully something like this makes it in there), but just perusing some photos of her younger self, it would be difficult to tell that the toddler would grow up to be a famous singer. However, Frankie better watch out for any hardcore Ariantors in the house who may recognize the baby in the photo as the future "Problem" pop star. Victoria has seemed to be particularly interested in Frankie's family, and I feel like she's just collecting little nuggets of evidence until she finally puts all of the pieces together.

Even though sending Ariana's baby pictures was a good plan, it might still cause suspicion. Isn't it going to look a little weird that Frankie only has photos of his sister as a child? Won't the other houseguests immediately think there has to be a reason why they're not seeing Frankie's sister all grown up? Clearly, keeping this secret is going to be a season-long battle for Frankie, but at least not having up-to-date photos of Ariana has given him one less problem.

More like this
What Is Ariana Grande's Net Worth? When It Comes To Money, She Has No “Problem”
By Hugh McIntyre
Winter 'Love Island' Will Be Back In 2023, ITV Bosses Confirm
By Maxine Harrison
Kim Kardashian Reveals The First Text She Sent To Pete Davidson
By Jake Viswanath
Pete Davidson Pops Up In This Hidden Scene From The Kardashians Season Finale
By Jake Viswanath
Get Even More From Bustle — Sign Up For The Newsletter