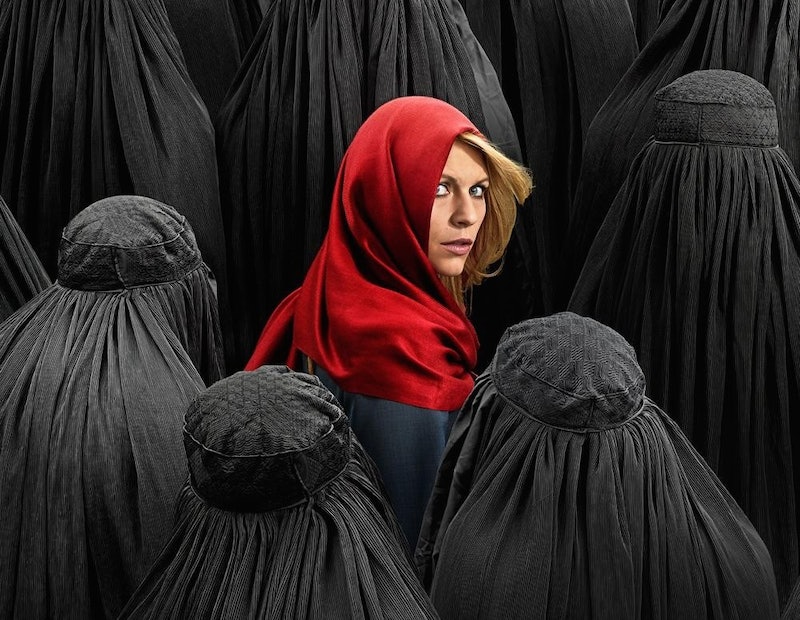 I love Homeland and to say I'm looking forward to Homeland's October 4th return would be an understatement. For all its flaws and foibles in Seasons 2 and 3, the show still had the ethos of the series it started out as back in season one underneath all that exaggerated crying business. Now, with Nicholas Brody lost and gone forever, the show has a real opportunity here to be less of what people "wanted" it to be and more of the show it should be.

So we're hopeful that season four just burns the motherfucker to the ground.

Yeah, I said it. Homeland needs to rid itself of 90% of what it's done in the past and operate within a completely new arena — and let Carrie Mathison be Carrie Mathison. I know I'm in the minority here, but the Brody plotline really went on for too long. He should have died in season two. With his riddance (sorry, Damian Lewis) with it went the terrible, hokey tropes that flattened Claire Danes' fascinating character. She went from a strong, incredibly capable woman living on the edge to an emotional, erratic hurricane that even you could barely remember why she was such an asset to the CIA.

With the loss of the Brody clan, the Homeland creators can take a page out of the West Wing playbook and get out of its truly fascinating and complex and interesting in-and-of-herself leading woman's way. She is enough as she is — and certainly doesn't need to be weighed down by the pity-party line. Carrie Mathison always was and always will be more than her relationship with Nicholas Brody. That was never the point of the show.

Which isn't to say that there won't be reverberations in the wake of Brody's death. She IS the mother of his child now, after all. And while we doubt we'll see much of that wee bairn in the series as Carrie heads overseas again, it WILL be a thing that grounds her and changes how she operates and weighs on her mind — even if it's guilt or resentment (which would be fascinating to see, wouldn't it?) that she feels over the child, Carrie now has more responsibility than herself. Not that we think that will stop her from being as sexually impulsive as she was in the past. She's still a woman — and a complicated one at that — after all.

Another real opportunity? With Saul on the outside, the dynamic between our favorite spies becomes increasingly more complicated. He cannot champion Carrie's unorthodox methods to the higher-ups — she'll have to play by certain rules, to be sure. But Independent Contractor Saul has no rules, and certainly theirs will be a relationship that benefits from the lack of boss/employee business that strained it so in season two. They're at once allies and competitors. Surely that will help and hinder both of them throughout the course of the season.

And guess what makes good television? Complications and tension.

So, go for it, Homeland. Burn that mother to the ground and start anew. You deserve it, Carrie deserves it, and most of all us fans deserve it.