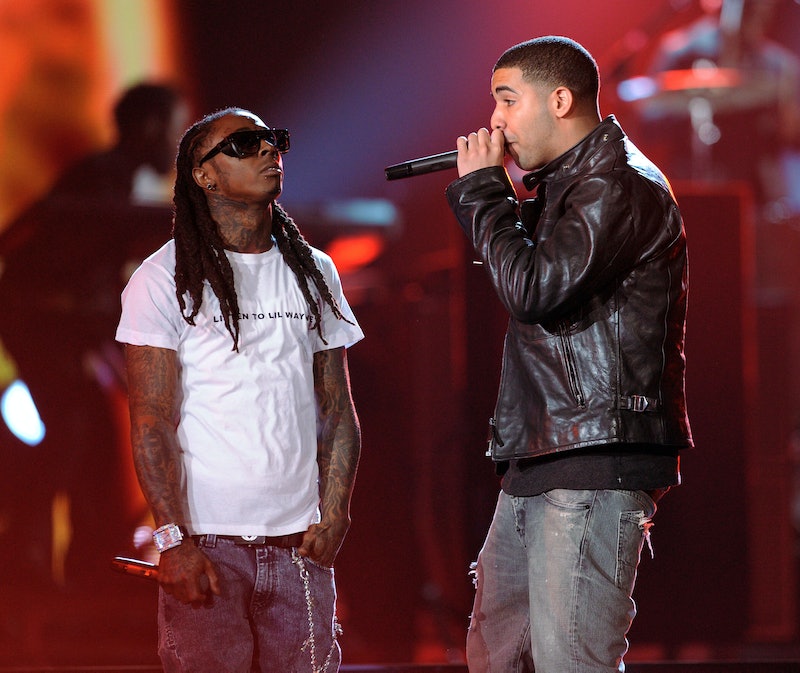 With all the frenzy surrounding Beyoncé and Jay Z's film-worthy trailer for the "On the Run" tour, it's probably safe to assume that three-minute action clip permanently changed tour promotion tactics for the better. Don't believe me? Just ask Drake and Lil Wayne, who released a kick-ass Street Fighter-inspired trailer for their upcoming "Drake vs. Lil Wayne" tour. After checking out the promo video, it's clear that the rappers are just as animated about this tour as their fans are, and the rap battle that takes place when they hit the road on August 8 will most certainly live up to its hype. Iin the 37-second clip, Drake and Wayne are depicted as video game characters Sage and Protégé, two rap warriors preparing for "an epic tournament." In other words, they're suiting up for an all-out, bar-for-bar battle. It doesn't take a video game fan to appreciate seeing Drake and Wayne recreated by Capcom, the company responsible for developing the most popular video games. Obviously, using a video trailer as a promotional tool makes perfect sense, and seeing musicians get creative with promoting their projects is bound to spread an infectious energy amongst their fans. Drake's been all over the place lately with all sorts of endorsements, hosting gigs and he just announced the title of his upcoming album. Then there's Lil Wayne who has undeniable mass appeal and actually sampled a video game soundtrack in one of his songs. That said, I wouldn't be shocked if this video trailer is a hint at a major video game collaboration in the near future. For now, this short animated clip will have to tide over anxious fans until Drake and Lil Wayne engage in their first round of lyrically massacring one another in the next couple of weeks.

Check out the "Drake vs. Lil Wayne" tour trailer below: