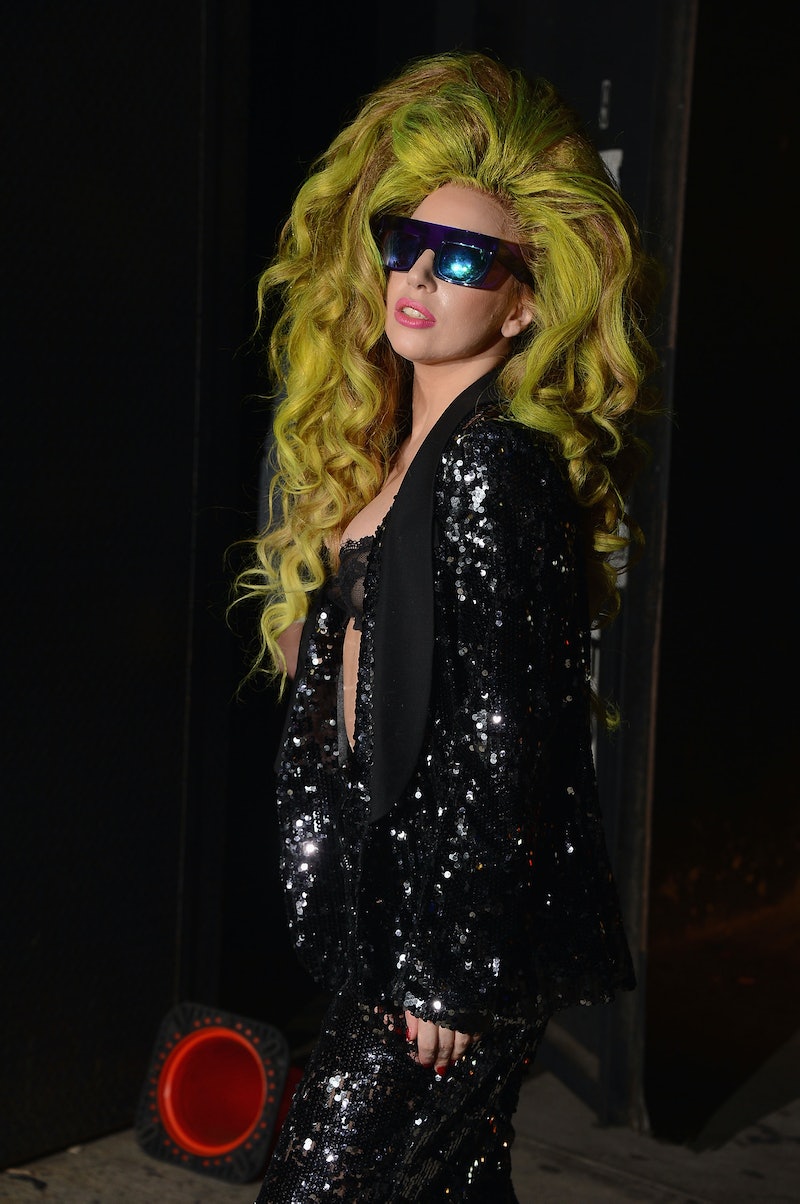 Guys, the inevitable has happened. Nostradamus' pop culture prophecy of Lady Gaga hanging out with reality TV stars has been fulfilled! Lady Gaga and The Real Housewives of Beverly Hills ladies are becoming best buds. There's photographic evidence. On Monday, Lady Gaga posted a picture of Lisa Vanderpump cradling the face of her reluctant puppy, Asia. A few days prior, Kyle Richards put up an Instagram shot of herself and husband Mauricio visiting Gaga backstage at a Las Vegas performance. Where there's smoke, there's fire, so given that she's already hanging out with Vanderpump and Richards, it's only a matter of time before she starts hanging with the whole crew.

Could I just throw something out there, and say that Gaga would be a bang-up casting choice for the peripheral role of "somebody's friend" heretofore filled by Faye Resnick, Dana, and the nefarious, dinner party-destroying medium lady? After all, it makes perfect sense in so many ways that Gaga should become friends with Bravo's first ladies of Beverly Hills. There are a million reasons that Gaga is simpatico with the RHOBH. They love dogs, social media exhibitionism, and partying. Andy Cohen, you should really be taking notes, because I'm about the break down this friend evolution.

When Gaga released the video for G.U.Y. in which the housewives were prominently featured, she undoubtedly hit it off with the whole gang. This was the catalyst that began her incorporation into "the group."

And lo, it has happened! Here, we see Lisa Vanderpump hanging out with Gaga's puppy Asia:

As we know, Gaga and Vanderpump share a passion for their dogs. Just think about Giggy the sex monster. Nothing brings two people together like puppies.

A few days ago, Kyle Richards went to see Gaga perform in Las Vegas. Richards captioned this photo "Not an empty seat in the house. I love this creative genius, beautiful inside & out woman." Friendship soup hot off the stove, guys.

Gaga and Kyle most likely connected over their love of OOTD pics...

We can now pretty easily count on her bonding with the rest of the cast. First of all, she and Brandi Glanville both like to party...

Yolanda Foster and Gaga both wear their emotions on their faces...

Kim Richards and Gaga can both get a little ratchet on occasion...

As you may have noticed, for the sake of being a purist, I didn't count the one-season wonders Carlton Gebbia and Joyce Giraud. In all seriousness though, a Lady Gaga cameo at Kyle's annual white party will make Season 5 worth living for. Extra points if she reads tarot in a hovercraft dress or something.