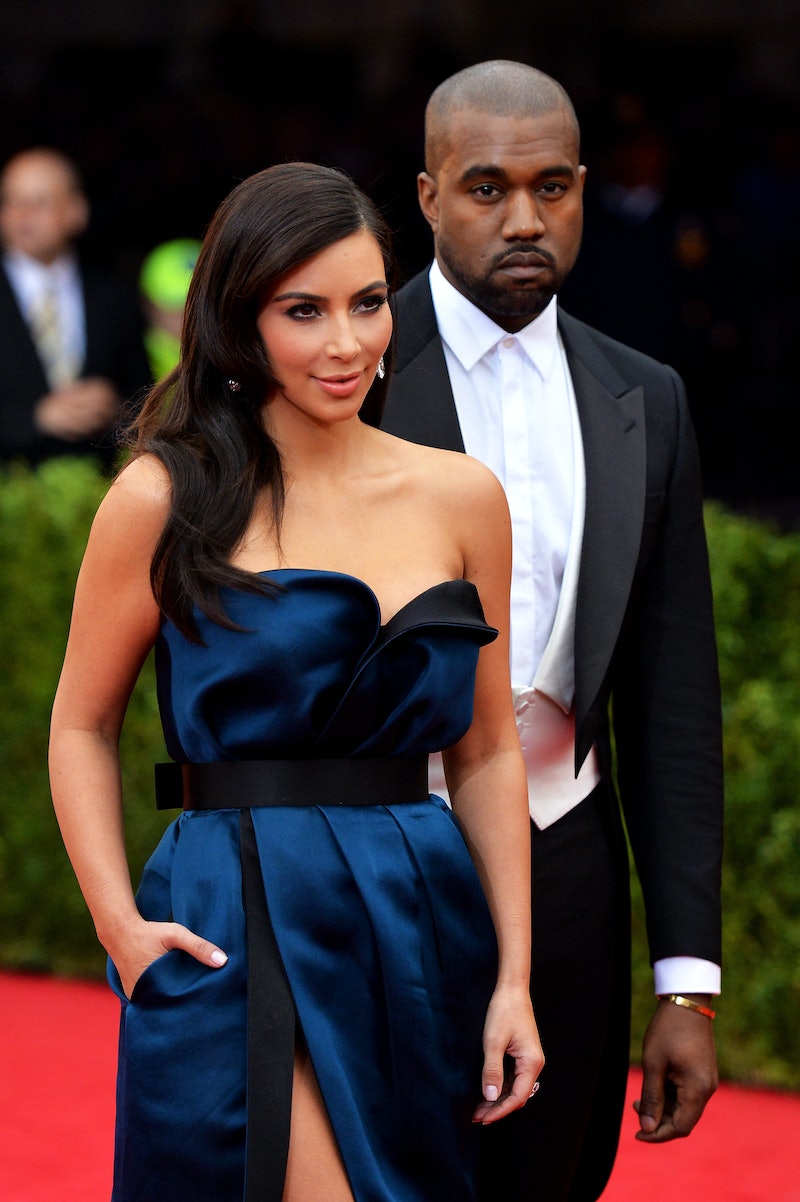 It isn't crazy to think Kanye West is, how do I put this lightly, super insecure. Despite being incredibly talented and married to one of the most beautiful women in the world, his over-the-top disposition and machismo comments tend to have the slight stench of a dude who isn't as sure of himself as he lets on. Classic overcompensation. And it isn't just me who thinks this. His lady, Kim Kardashian, thinks he's insecure, too. How insecure does she think he is? Apparently, Kardashian has banned Reggie Bush's name from her family's vocabulary, because Kanye feels threatened by her ex.

According to Radar Online (so yes, take with a grain of salt), there's always an issue when Reggie's name comes up. Kanye evidently thinks Reggie is still in love with Kim since he married a woman who's pretty much Kim's doppelganger. (The man has a valid point.) So, in order to avoid any conflict with her husband, Kim never brings her former flame up, and asks that her ginormous family do the same.

All in all, this is a completely reasonable request for Kim to make, but what I wanna know is: How often does Reggie Bush's name come up with her family? Especially in Kanye's presence? Isn't it common courtesy to, you know, not bring up one half of a couple's ex in front of the other half? It's a little strange (of course, if this is true) that Kim needs to lay out specific rules about something like this.

Whatever keeps the peace, I suppose. And for what it's worth, Kanye, I have a sneaking suspicion "Meggie Mush" may still have the hots for Kim, too.