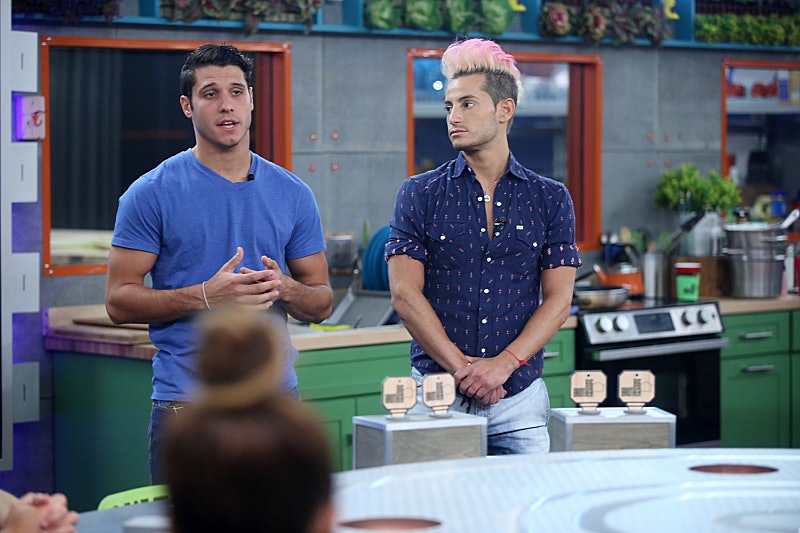 Another week, another nomination for our main man Donny Thompson on Big Brother . Seriously, can this guy just get one week of bliss, where he isn't thrown on the block and has to fight to stay in the Big Brother house. And I know he isn't the target this week, but it doesn't matter. Sitting up on the block can put stress on a houseguest, and I want to make sure Donny is as happy as a clam inside the house.

The way Donny got nominated this week hurt me. Head of Household Cody, although being the one to technically make the decision on who went on the block, was completely influenced by Frankie Grande minutes before the ceremony took place. Donny was talking to Cody about nominating Caleb, Big Brother' s creepiest player since ever, and Cody was totally on board with the plan, he was throwing out threats to Caleb and everything. Then, minutes before the ceremony took place, Frankie got to Cody and told him it would be a huge mistake to nominate Caleb. I'm sorry, but who's game are you playing Frankie? Caleb's? Because as far as I am concerned, getting Caleb out — the man who has admitted AND proved he will do anything to get him and Amber as far as possible — should be priority number one right now. But because of Frankie's chat with Cody, Donny ends up on the block.

Also, I just want to bring attention to the fact that Donny and Frankie (and Derrick for that matter) are all on Team America, an alliance for America to feel one with the Big Brother house. So Frankie, why'd you have to go burn America like that? Aren't you guys supposed to work together and not try not turn on each other? Why can't we all just get along!?

Still, kudos to Frankie though for having this much control over Cody. It may not be the most favorable decision, but the fact that Frankie can influence other people's games like this might just make him the next Puppet Master, especially if he can do it without getting any blood on his hands. One person he isn't fooling though is Donny, who, according to Joker's BB Updates, has said that if he wins HOH next week, he would nominate Frankie and Derrick, so I guess no one is on board to keep the peace for Team America.

Images: CBS; Is That Even Legal?!?!/Tumblr