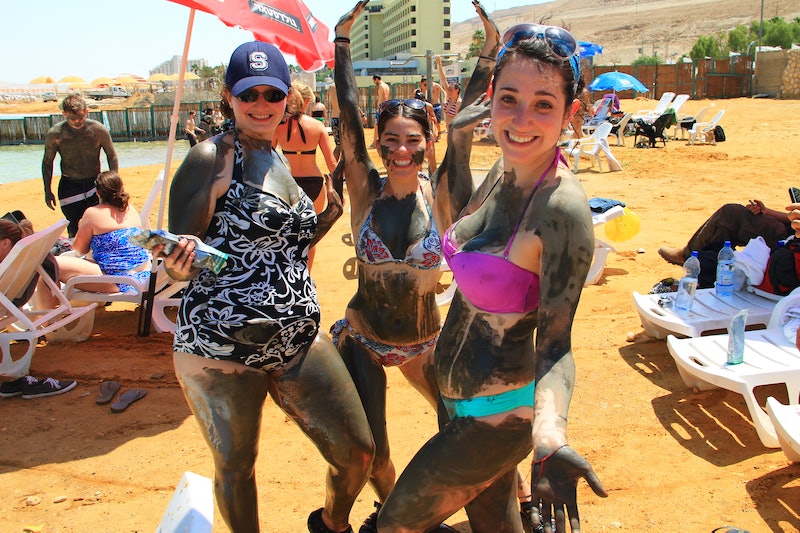 If you're Jewish — or not — chances are you've heard of it: Birthright Israel, the program that provides free guided trips to Israel for groups of young Jews living around the world. I went on Birthright in 2010, and in the interest of full disclosure, I'll freely admit that I had one of the best times of my life. From a strictly aesthetic standpoint, Israel is astonishingly beautiful, and four years later, I count more than a few of my trip mates as my closest friends.

Since I got back, though, I’ve noticed two things: One, most goys (“non-Jews,” for those of you who somehow don’t speak fluent Yiddish) seem only vaguely aware of the program’s existence; and two, most of those who know about the program have a lot of misconceptions about what the program is like (like the rumor that Birthright will pay for your honeymoon if you marry somebody else on your trip — false!).

Because summer trips are coming up, now is probably a good time to clarify what the program is, what it aims to do, and how it functions. Here's what you should know.

Birthright was founded in the mid-'90s by Charles Bronfman and Michael Steinhardt, as well as the Israeli government. It held its first trips in 1999.

2. Who can go on Birthright?

Jews in all countries who are between the ages of 18-26 qualify for Birthright (and exceptions are occasionally made for older applicants). The only exceptions are those who lived in Israel past the age of 12 and those who already went on a peer educational trip to the country after the age of 18. So, basically, most young Jews who don’t already live in Israel are eligible for Birthright.

3. What qualifies as “Jewish?”

Eligible individuals are those who identify as Jewish and are recognized as such by their local community or by one of the recognized denominations of Judaism. Applicants must also have at least one Jewish birth parent, or have completed Jewish conversion through a recognized Jewish denomination.

The degree to which this is verified varies depending on the trip organizer (more on that later). I didn't undergo any scrutiny at all leading up to my trip. I've even heard stories of non-Jews pretending to be Jewish in order to score the free plane tickets; however, given the the trip's significant focus on Judaism, I can't imagine this would make for anything other than an excruciatingly awkward and uncomfortable experience.

Jews on Birthright are expected to pay for one meal per day, but other than that, yes. The plane tickets, lodgings, transportation, breakfast and dinner are all paid for by Birthright.

5. Where does all this funding come from?

Birthright is funded through a combination of sources:

It also receives some funding from the German government through the Conference on Jewish Material Claims Against Germany.

There are generally around 30 non-Israeli Jews per group, who are at some point joined by a smaller group of active-duty Israeli soldiers. Under the stewardship of trip leaders — who are usually the same age as the participants — and a tour guide, the group visits to various places throughout the country, including holy sites, Bedouin tents, the Holocaust museum, random cool little towns, the Dead Sea, and others. The lodgings range from high-rise hotels to Jewish farming co-ops known as kibbutzim.

There's also a lot of group conversation about participants' individual relationships to Judaism. For example, during one group discussion on my trip, we were asked whether we identified as an American Jew or a Jewish American. (I identified proudly as a Californian Jew.) In another, we talked about what it meant to be Jewish, and whether or not religion was a part of our Jewish identities. My trip was pretty secular; the purpose of these talks seemed to be to get us thinking about Judaism in general, not to promote one interpretation of it over another.

Birthright takes safety very seriously and the group is accompanied by an armed guard at all times.

7. So... what’s the purpose behind this? Is there a political agenda?

Well, that’s the million-dollar question, and you’ll get a different answer depending on who you ask. According to its mission statement, Birthright’s goal is to “change the course of Jewish history and ensure the continuity of the Jewish people by strengthening Jewish identity, Jewish communities, and solidarity with Israel.” In truth, the agenda differs wildly from trip to trip: There are no less than 15 different trip organizers, and all of them approach it differently.

Critics allege that Birthright amounts to a propaganda campaign for the state of Israel, an attempt by Zionists to indoctrinate young Jews into supporting Israel politically. Here's Slate's Allison Benedikt comparing Birthright to a Zionist summer camp she once attended:

People say Birthright is "just like camp," and it sure sounds like a very condensed version of the Jewish camp I attended as a kid, whose purpose was, at the very least, to foster a connection to Israel in young Jews — and at best, to get us to move to the country and fight for it. My camp, filled with the children of liberal American Jews, did this by presenting a very simplistic picture of the political situation in Israel and the threat to Jews worldwide, all within the context of helping to fix the world while having the time of your life. Birthright does a form of the same.

My trip was secular and, aside from the conversation mentioned earlier, completely devoid of any religious content. There wasn't much political content, either; our tour guide gave us a couple of informal history lessons that — when I was paying attention to them, which was rare — struck me as rather boring and innocuous. The West Bank was discussed, as were the restrictions placed on the Palestinians who lived there, and we talked about the numerous wars in the region since 1948. But other than that, there wasn't much political talk.

One could argue that the lack of in-depth discussion about the conflict, particularly in Gaza, constitutes a form of bias, and that may well be the case. But for a guide to say that “Arabs are different from us,” which one Birthright attendee reported, would have been grossly out of place on the trip I went on.

In other words, it's a bit of an ideological crapshoot.

More like this
25 Quotes About Love To Share During Pride Month 2022
By Madeleine Aggeler and Emma Garza
Photos Of Boris Johnson Drinking At A Downing Street Lockdown Party Have Surfaced
By Bustle UK
President Zelensky Spoke Out On Ukraine's Chances Of Hosting Eurovision Next Year
By Sam Ramsden
How To Protect Your Digital Privacy If You Need An Abortion Post Roe v. Wade
By Kaitlyn Wylde
Get Even More From Bustle — Sign Up For The Newsletter