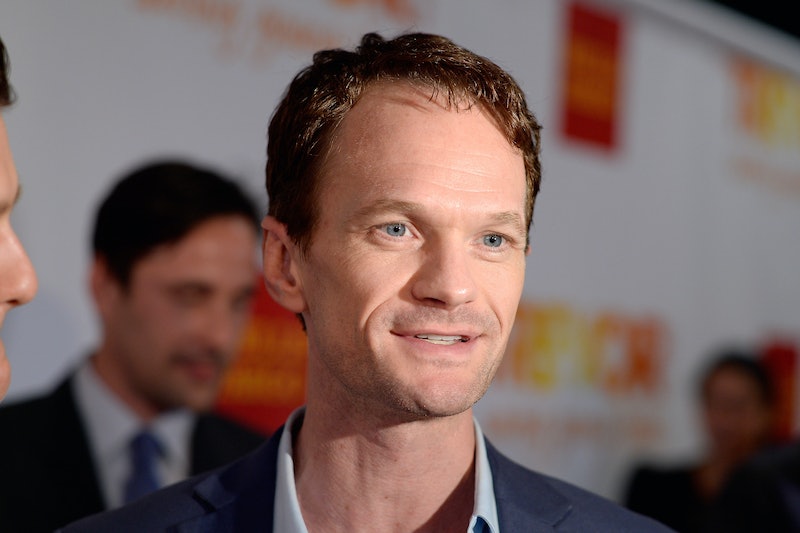 If you've seen Harold & Kumar Go To White Castle — or any of the movies in the stoner, burger-praising franchise — you know that Neil Patrick Harris appears. Well, a version of himself appears, as he plays a hooker-loving, coke-snorting hedonist. If you're only familiar with Harris as the perennial bachelor Barney Stinson on How I Met Your Mother, then you might think, "but of course." But Barney Stinson didn't come until after Harold & Kumar — in fact, many people say that Harold & Kumar is what revitalized his career.

So how did NPH get involved with Harold & Kumar and become such a quintessential part of the stoner movie's lexicon? Director Danny Leiner told About.com Movies that he wanted NPH from the get-go, in part to shake up how people identify him with Doogie Howser, M.D. He said:

Well, I’ll tell you we really wanted him, so I was nervous about it. I went to New York, he was on Broadway doing Cabaret and I went and kind of pleaded my case for him to be in the show. You know, he has a great sense of humor so he liked the idea of playing the character Neil Patrick Harris. He thought it was really funny. His concern was that there weren’t too many Doogie Howser [references]. Like he wanted it to be about Neil Patrick Harris and not about Doogie Howser and I wanted it to be exactly the same. So he was into it. I was really glad because we were definitely on [the same] path.

Harris really wanted to shift people's perspectives, too. Even though he was appearing in starring roles on Broadway at the time, people still were associating him with the iconic role of Doogie Howser. He told The New York Times:

I was only getting jobs I was offered, not the ones I was auditioning for, because I had previous baggage.

When we were writing it, we were hopeful he'd understand it wasn't a Gary Coleman part, that the joke wasn't at his expense.

Harris obviously appreciated it, and was game.

But what about the story from his side of the fence? He told Cinemablend what it was like from his perspective:

Well, I got a call from a friend who was auditioning for this movie and he was so excited that we were going to be working together. And I said, “I have no idea what you're talking about.” And he said, “You're written in this movie. Neil Patrick Harris is a character in this movie. You don't know anything about it?” And I said, “I have no idea what you're talking about.” And so he said, “Oh, you should have your agents track it down.” So I did, and they read it, and then they called my attorney to find out what was going on, and then I winded up meeting with the guys, kind of cautiously, to see just what their plan was. Because when you're talking about an extreme version of yourself, you want to make sure you're not painted in a super shitty light. Even though it's like dark and funny and whatever, tons of drugs and strippers and lines of coke is dangerous territory potentially. But they were super nice and the whole movie was that same level of absurdity. And I agreed to do it so long as any changes they made had to go through me contractually. Which I thought was very powerful and hilarious. And they were fine with that and they didn't make any changes.

And all of a sudden, things started to change, and you can even say that it's in part because of a stoner adventure. Harris is undoubtedly crazy talented — and always has been — it's just that sometimes, you gotta take a major risk to get people to think differently about you, and sometimes, that risk is being a coked out, stripper-loving version of yourself.

It's crazy to believe it, but it's now been a full decade since Harold and Kumar sojourned to White Castle for the first time. Since then, Harris has continued to make appearances in the stoner franchise, has appeared in multiple films, has starred in numerous plays, has filmed nine (nine!) seasons of How I Met Your Mother right to the series' very end, and most recently, he wowed audiences with his Tony Award winning performance as Hedwig in Hedwig and The Angry Inch .

For posterity, we must revisit NPH's memorable hitch-hiking scene from Harold & Kumar.

...And then history was made.