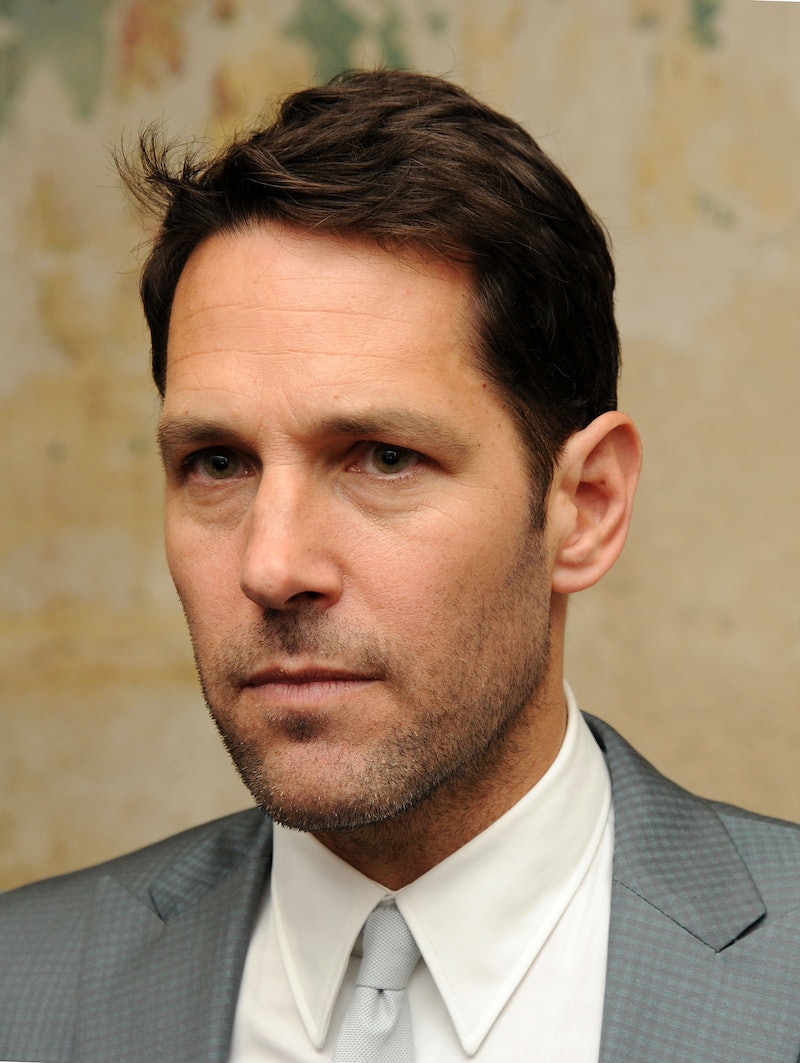 Things seem to be taking shape for the next Marvel superhero flick, Ant-Man . Paul Rudd is set to star as Scott Lang and his alter-ego Ant-Man and Michael Douglas has signed on to co-star as scientist Hank Pym. Although the film had a shuffling of directors, its currently being helmed by Bring It On director Peyton Reed. Frequent Will Ferrell collaborator Adam McKay is rewriting the script, suggesting that this superhero movie will be a bit more comedic than most.

But even though Marvel has firmly set the release date for July of next year, we still have yet to see any physical evidence that this film is being made. I mean, the Batman vs. Superman movie isn't set to come out until 2016, and we've already seen multiple sneak peeks and rumors from the film.

Of course, Comic-Con is when all the superhero secrets come out. And thus, we are treated to the first Ant-Man poster with concept art. It's entirely illustrated, and we don't even get to see Paul Rudd in costume. It's just a few images of Ant-Man in action, with ghosted profiles of Paul Rudd and Michael Douglas in the background. But it gives a nice, up-close view of the Ant-Man suit, which thankfully looks much more man than ant — there's no unwieldy antenna here.