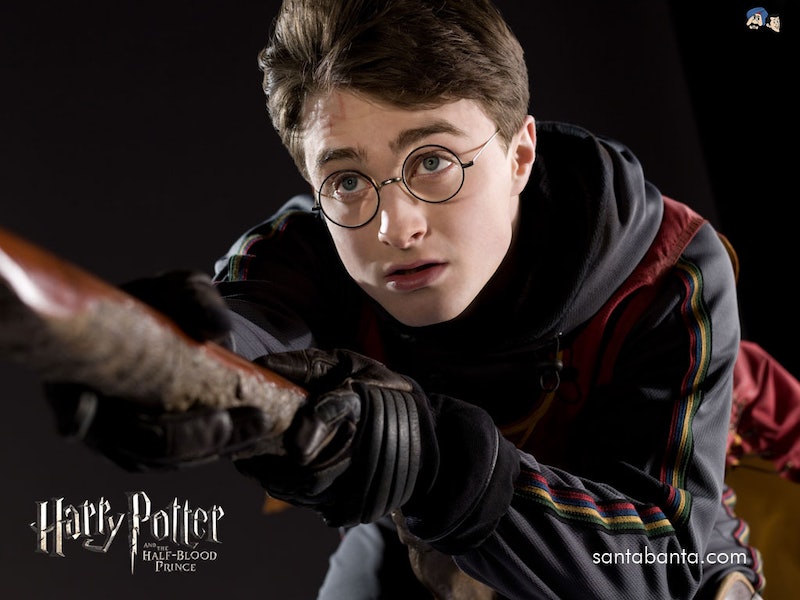 Hey, Harry Potter fans, consider this your own personal Hogwarts class in a movie about your favorite wizard. The pop-up trailer for Harry Potter And The Half-Blood Prince will not only teach you some new facts about the film, but it will also reignite your love and passion for the movie, just in case you felt like you hadn't thought about the 2009 flick in awhile. It also will be a delightful throwback to anyone who deeply misses VH-1's old series, Pop-Up Video. There's something for everyone here!

You'll learn all sorts of things from this little video, like how this was the only Harry Potter movie to get nominated for an Oscar for Best Cinematography (ooh, a fun fact to shout out during your next Hogwarts-themed party or during your trip to Diagon Alley at Universal Studios). You'll learn that Warner Bros. received death threats from die-hard Harry Potter fans when the company shifted the release date from 2008 to 2009 (kind of a morbid fact, but still sort of fun to throw out during your trip to Diagon Alley)! I'm not going to spoil the rest of it for you, since you can educate yourself with random geeky factoids by watching the video below. Enjoy!