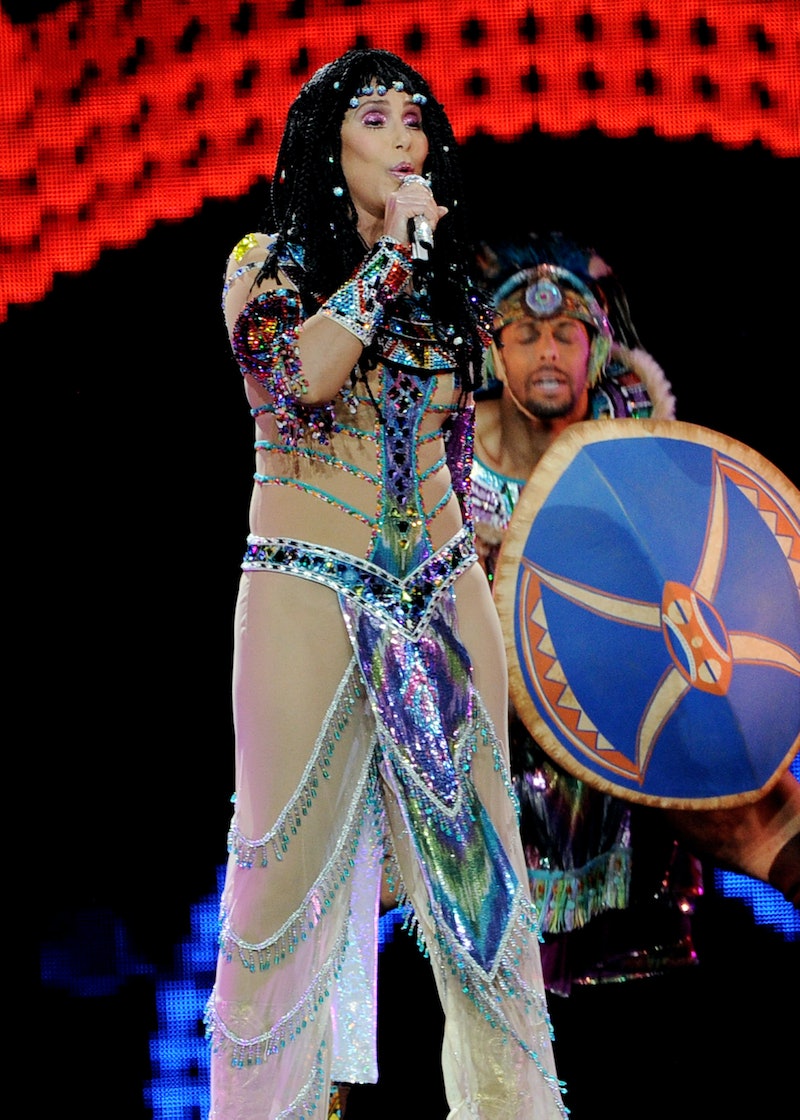 Music moves people to do strange things, like belting out the lyrics to songs in the midst of showering or while driving home from work. It's totally acceptable as long as you're home alone, the car windows have tint or the performance is turned into something hilarious and powerful like Nina Millin's Beyoncelogues, an effectively dramatic alternative to karaoke. However, it is not, I repeat, NOT OK, to approach your favorite singers and hit them with an unsolicited, awkward rendition of one of their hit songs just because you love it so much. Trust me on this one because if they're anything like Cher, they weren't always so cozy with some of their more popular songs. Yep, that's right—Cher hated "If I Could Turn Back Time," so odds are she will not simply stand there and listen patiently like Kanye West did the time that random guy ran up to him on the street and started rapping.

Good thing Cher doesn't own a time machine or she might've made the hugest mistake ever by traveling back to the '80s and staunchly refusing to record the Diane Warren-written track. Hopefully, she's more embracing of the song that earned a number three spot on the Billboard charts. But if she still hates the sound of her own song, she's in good company. Here are 6 other singers who dissed their own songs:

Don't hold your breath—Beyoncé will NEVER be ready for this jelly. She doesn't even care that the popularity of this Stevie Nicks-sampling hit landed the word "bootylicious" in the dictionary. Bey absolutely hates it. Case closed.

CHRISTINA AGUILERA & "GENIE IN A BOTTLE"

Even though the song launched her career, initially something about it rubbed Aguilera the wrong way.

Nothing about "Like a Virgin" makes Madonna feel shiny and new, at least not anymore.

Bustle included this song on its list of 2013 pop culture moments worth revisiting, but Bauuer would kindly disagree. Perhaps it had something to do with him not earning a dime from the song, despite its popularity.

No shocker that Cyrus wasn't feeling "Party in the U.S.A.," especially after she claimed she'd never listened to Jay Z's music, despite him being referenced in the song.

BEASTIE BOYS & "(YOU GOTTA) FIGHT FOR YOUR RIGHT (TO PARTY)"

Just because the Beastie Boys sued Monster over illegal use of their music doesn't mean they like all of it. Let's just say they won't be partying to this song anytime soon.