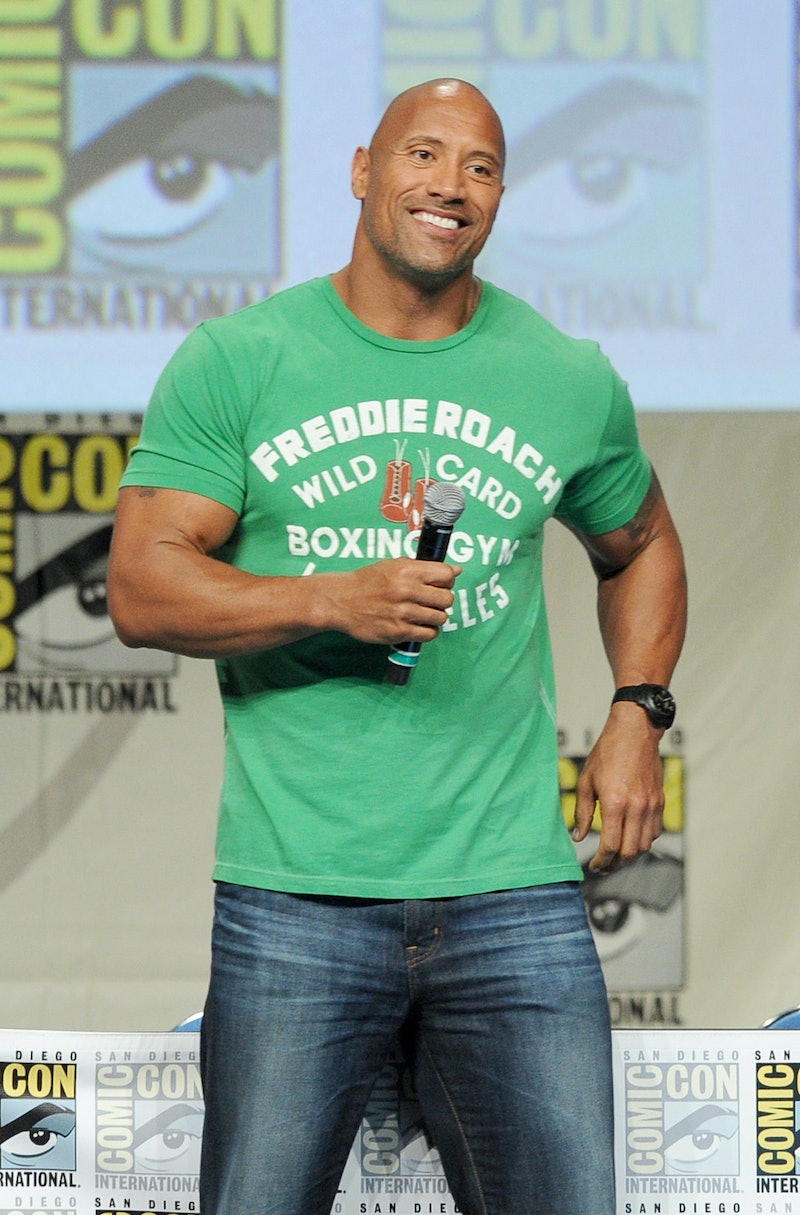 It's San Diego Comic Con time, which means all sorts of exciting news about nerdy-but-really-mainstream-but-sure-let's-pretend-they're-nerdy-things are coming out! But one comic book movie detail that came out today wasn't revealed at SDCC at all— it was Tweeted out by a certain Dwayne "The Rock" Johnson.

Rumors have been swirling for a while now that Johnson (should I just call him "The Rock"? It still feels weird calling him Dwayne Johnson) will be playing Captain Marvel in the forthcoming screen adaptation of D.C.'s "Shazam" comic series. But when it comes to big casting announcements like this, studios usually like to stay pretty tight-lipped until they can make a splashy, formal announcement.

Admittedly I don't know much about Captain Marvel, but I do know this: The Rock is handsome and charming in everything he does. Yes, even Tooth Fairy. So I'd be totally into him getting a starring role in a giant comic book adaptation! God knows it would at least be better than Hercules.

Check out the Tweet below— what do you think? Did Dwayne Johnson just spill the beans?