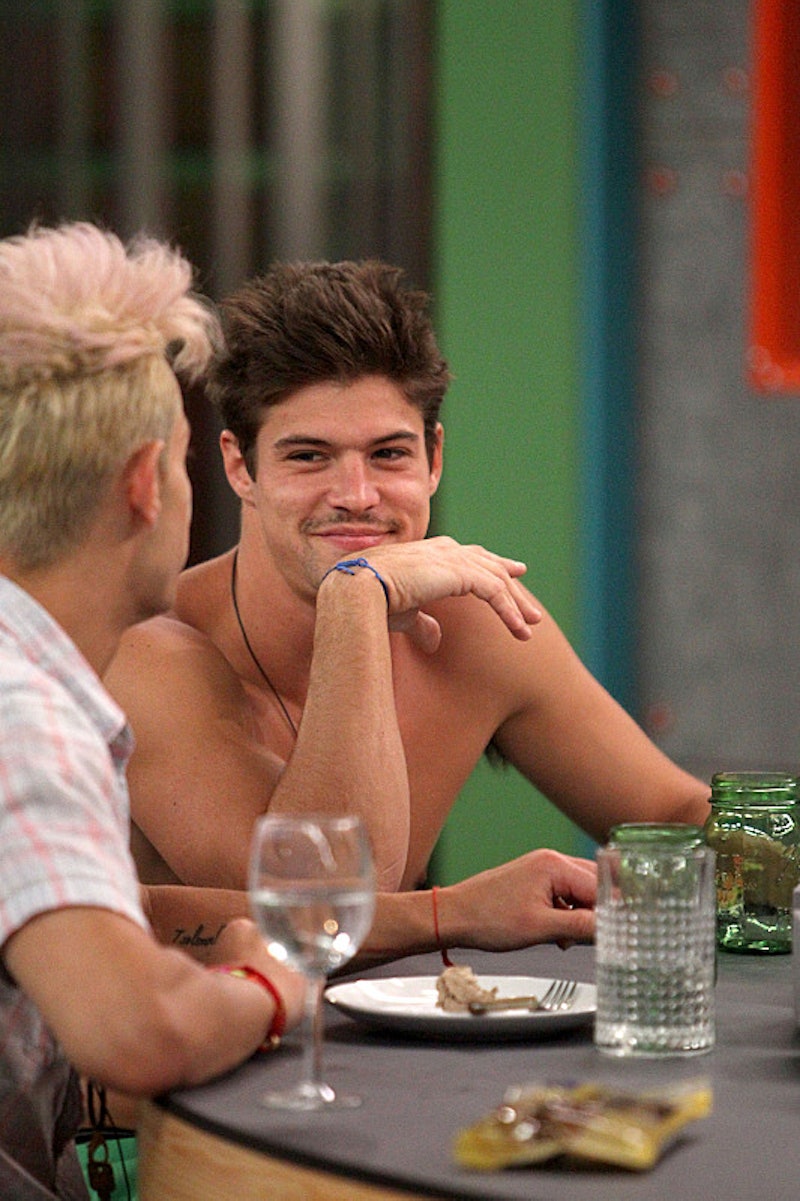 All of our showmance dreams are coming true, America. During Thursday night's episode of Big Brother , we first saw Nicole and Hayden finally make it "offish" and smooched in bed. Then during the HoH competition, Frankie and Zach were crowned co-HoHs of the week. The clouds parted. A ray of sunshine shone down from the heavens. Angels sang. I think I even may have shed a tear or two.

This is great news for everyone watching at home who is shipping these two, which, let's be real, is basically everyone watching at home. However, their domination of the HoH competition this week is very bad news for the rest of the house. Not only are Frankie and Zach besties to the point where we think (and hope) something more serious is going to go down, but now they also have complete control of the nominations this week. Frankie and Zach are basically the Beyonce and Jay-Z of the Big Brother house.

I just hope that Frankie does actually play nice with Zach. He hasn't been so loyal to him game-wise in the past, telling Zach to say and do things that could be possibly detrimental to his game. Sometimes, it seems like Frankie is just out for numero uno, and you obviously can't have a successful partnership by doing that. However, Frankie is in an emotional state right now with the recent loss of his grandfather, which may make him more thankful for those, like Zach, who do truly support him.

Along with that, this week could be very important in the history of the "Zankie" showmance. I think it could either make or break them, bringing them closer together if they finally get some "blood on their hands" and make a game-changing move that is really going to shake the house up. Or, it could tear them a part (gasp!) if they've grown a part by now and want to take their strategies in different directions by nominating completely different people.

And with the entire HoH room finally all to themselves this week, could they finally become more than just friends? We can only hope.