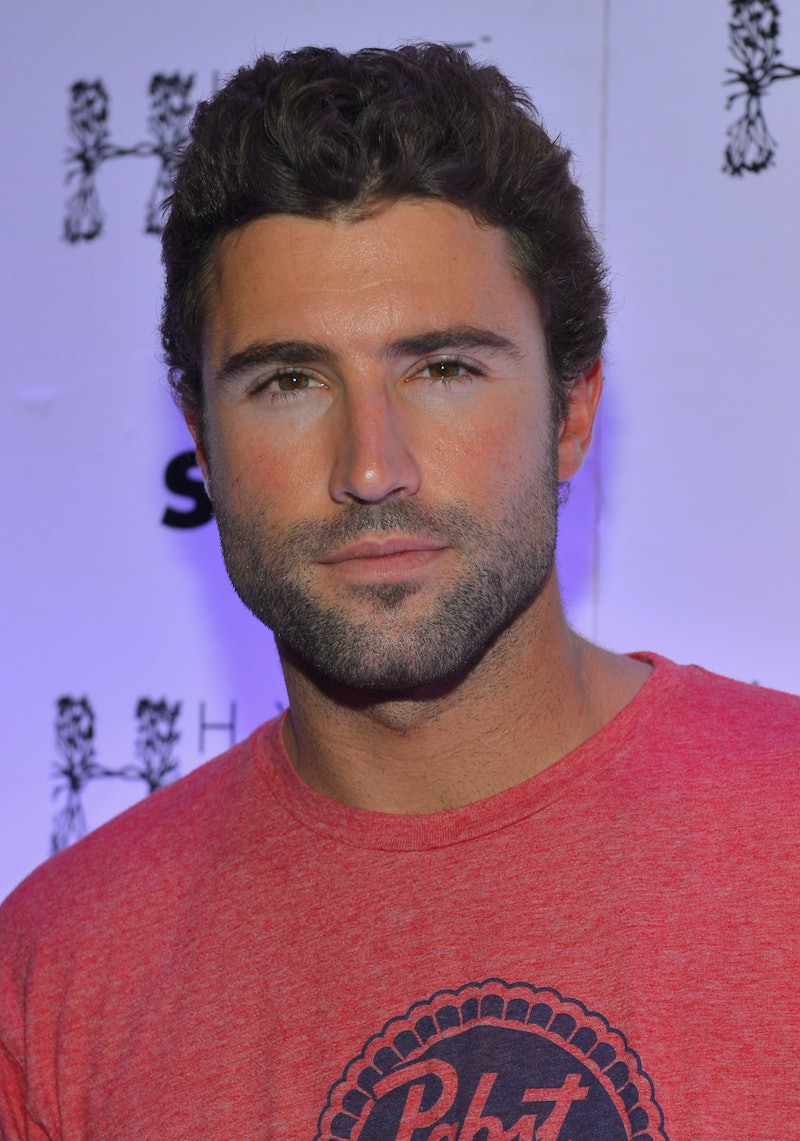 For some reason, seven years after the premiere, I am still hooked on Keeping Up With The Kardashians. Do I tune in to watch Kim take a million selfies in Thailand? No, not really, since watching someone take selfies on television feels weirdly meta and I don't like it. Instead, I watch for the unique, weird, difficult Kardashian family dynamics. Ever since Season 8 started featuring more of the Jenner clan, including Brody, Brandon, and Brandon's wife, Leah, I felt myself getting more and more drawn in to this family that I feel a deep connection with — despite the fact that I don't actually know them.

The reasoning behind that partly has to do with the fact that I already felt like Brody Jenner and I were pals, thanks to his incredible performance on the late (yet SO great) MTV show, The Hills. The year was 2007, that's when Brody started appearing on The Hills. Brody was the real deal on this fake reality show. Between partying at the hottest Los Angeles nightclubs that were almost exclusively all just one word names (Hyde, Opera, Area) to "relationships" with Lauren Conrad and/or Kristin Cavallari (yes, I am still confused if they were relationships or "relationships"), Brody seemed to be livin' the dream. But now that he is on Keeping Up With The Kardashians, we don't necessarily see him in the same playboy light that we saw on The Hills. Instead, we see him in a more familial sense and I'm thinking, I really like this side of Brody.

But of course, there are certain moments on KUWTK that make me miss The Hills, like a lot. Here are the top five.

Despite these relationships being on completely different playing fields, I find myself rooting for Brody's relationship with Bruce the same way I rooted for Brody's relationship with LC. But one day they were hot, the next they were cold, I just never knew where LC and Brody stood! Of course, Brody announced on his podcast in 2014 that he never actually dated Lauren Conrad, which completely turned my world upside down. What's next, he's not Bruce Jenner's son? Just a character he is playing for the show?

Brody and Brandon Are No Brody and Frankie

I loved Brody and Frankie's bromance on The Hills. They were fun, goofy, and gave each other a hard time just for the hell of it. Similarly, Brody's actual brother, Brandon, currently puts the "bro" in "bromance," as these two are hanging out all the time on Keeping Up With The Kardashians. But it's not just the same.

In Thailand, Kim reminds us that you can't be selfish when traveling without your fiance, meaning, take selfies at every moment to share with him so he feels equally present. Another way to feel equally present? Constantly checking MySpace at every moment of the day, because everyone loves when someone checks MySpace when they are trying to hangout with them. For the record, it was still the mid-to-late 2000s, when your top eight friends were very important.

When Kylie was answering some Qs about love, Brody popped in for a little cameo answer. Sure the video got cut off and we didn't actually hear the advice he was about to share with his KUWTK costar and little sister, but I have a feeling it was going to be something along these lines.

He's Always Stood Up for the People He Cares About

Brody shows his brotherly instinct when he confronts a man who might have been inappropriate with his sister, which makes me love him even more. But then, of course he would have his sister's back, he's just that kind of guy. After all, this was the alternate ending to The Hills. Looks like he had LC's back all along.

Can someone please make a The Hills/KUWTK crossover happen?

More like this
Scott Disick’s First Time Around Kravis Was “Awkward,” To Say The Least
By Jake Viswanath
Kim Kardashian Joked That Her Wedding To Kris Humphries Was A “Gay Wedding”
By Jake Viswanath
Kourtney Kardashian Broke Her Engagement Ring & Cried In Her Closet For Hours
By Jake Viswanath
Stormi Just Walked A Red Carpet With Mommy Kylie Jenner & Daddy Travis Scott
By Hugh McIntyre
Get Even More From Bustle — Sign Up For The Newsletter