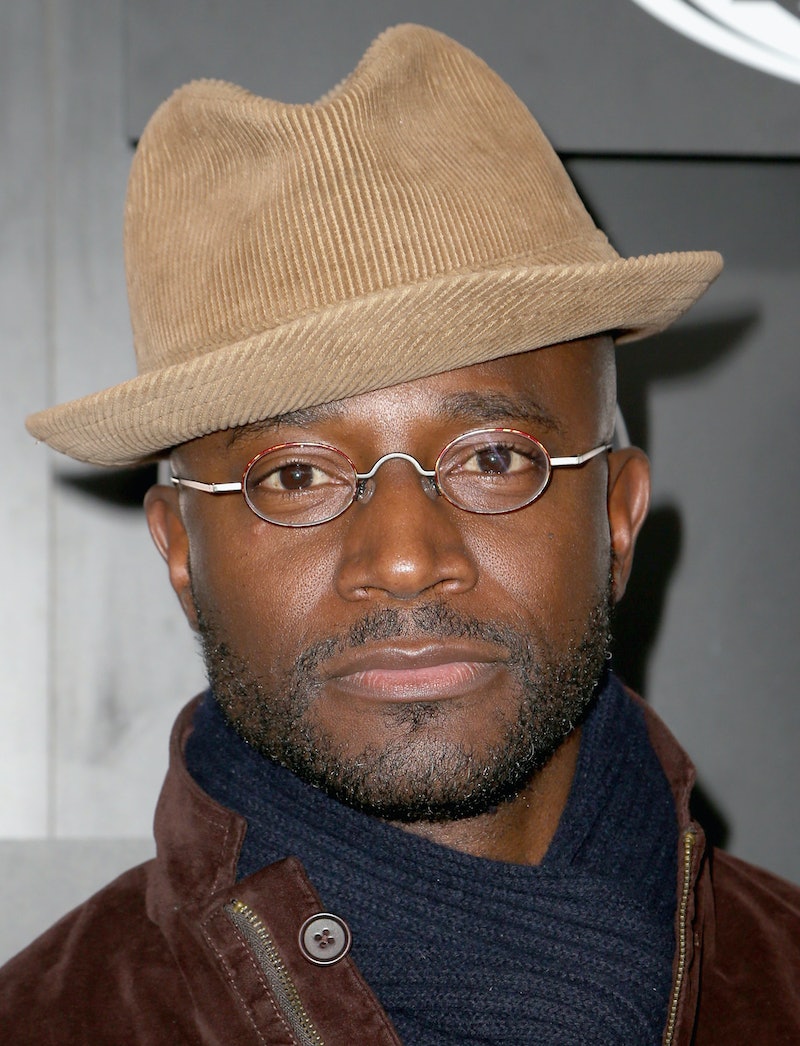 Gird your loins, ladies, because Taye Diggs wants to be in the Magic Mike sequel — sorry, Magic Mike XXL. I must remember that this not your average male stripper sequel. It is an XXL one! Anyhow, Diggs, while wearing his favorite accessory ever, his fedora, was chatting with Conan O'Brien on Thursday night's edition of Conan, when O'Brien brought up the rumor that Diggs may be in Magic Mike XXL. The verdict? It's a possibility... and if Channing Tatum were to request that he hop on board, Diggs would certainly say yes. After all, he'd then be able to tweet about his new role to all of his followers — which, by the way, out of the 90,000 plus people he follows, I am still not one of them. C'mon Taye! I follow you!

But that is not the pressing matter at this moment. At this time, we must discuss Diggs' potential role in MMXXL. But before we do that, we must address that fedora. Diggs loves his fedoras. He wears them without a trace of irony. If Diggs were to appear in Magic Mike XXL, he would undoubtedly play a fedora-wearing male stripper, who goes by the name of Chocolate Thunder Down Under (Diggs' words — not mine). Chocolate Thunder Down Under, who I'll call Chocs for short, would strip down to wearing nothing but his fedora, obviously, and probably do that thing where he covers his junk with his hat, as I'm assuming fedora-wearing strippers do when they're in a burlesque sort of mood. Or, you know, when they want to hide all of that Chocolate Thunder.

So, if Channing Tatum is to invite Diggs to join the cast of MMXXL, he doesn't have to slave away that much when it comes to the script. There's no need to create a character for him, since this one pretty much writes itself. "Wears fedora" is enough of a character description. When someone tells me, "I went out with a guy, and he a wore a fedora," I already know how the whole night went down. When someone tells me, "I saw a stripper, and he wore a fedora," my mind just explodes with visuals.

And which fedora, do you ask? Why, this very one that he wore when he appeared on Conan:

Oh, yes: Chocs also uses a pocket square. Fun fact: he has no pockets, either.

You can watch the whole interview below.