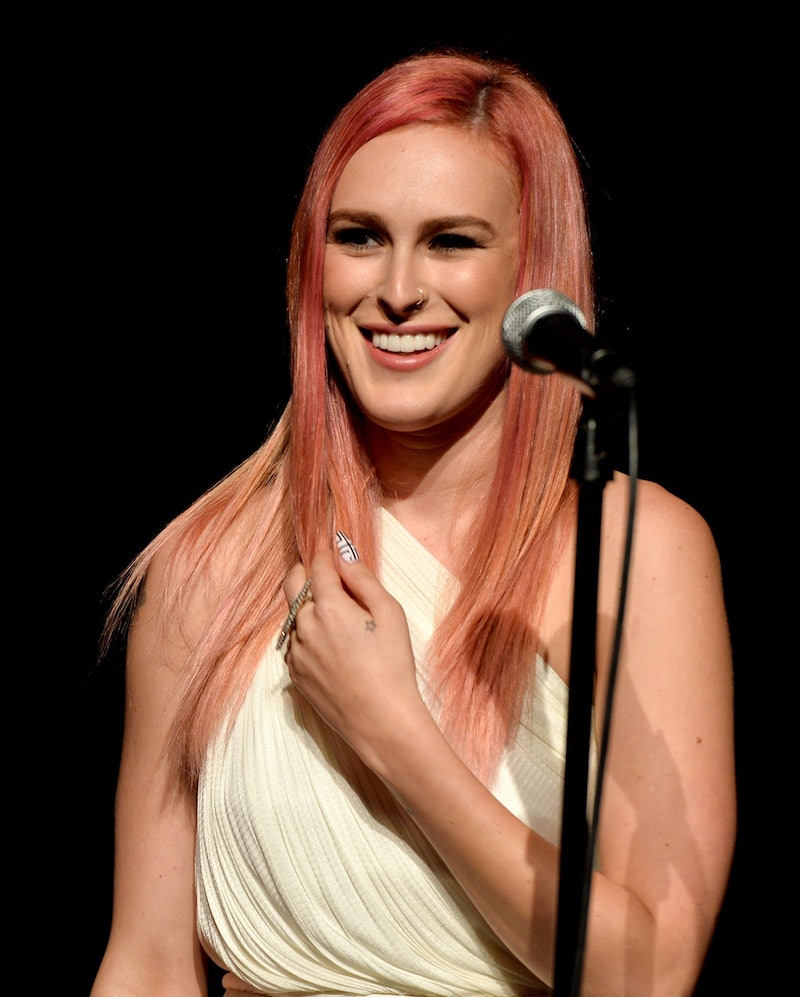 Rumer Willis totally supported her sister Scout spearheading the #FreetheNipple campaign, but apparently the 25-year-old Willis sister took a short break from promoting toplessness to participate in something altogether different: parodying Ariana Grande's "Problem" video. Willis joined Constantine Rousouli and Jake Wilson in a parody of Grande's hit single called "SPF," that encourages everyone to "rub that, rub that SPF on." If it sounds hilarious, and that's because it is.

Obviously "SPF" wasn't intended to start a competition between Willis' crew and Grande, but dare I say I enjoyed it more than the original "Problem" video? Sure, Grande's video was cute and featured Iggy Azalea and Big Sean, but I've already watched "SPF" twice, not only because research is an essential part of writing a thorough piece, but because Willis' rendition is so entertaining that it gives any one of Weird Al's recent spoofs a run for its money.

Rousouli expertly dances and sings his way through the video, inviting everyone who will listen (and even those who won't) to slather on the sunscreen. Willis supports Rousouli's efforts as she struts around and dances in various bikinis that barely cover all her lady parts. However, her main contribution to the skin-protecting cause involves looking sexy while rubbing a ridiculous amount of sunscreen on random guys.

So far neither Grande or Iggy Azalea have responded, but hopefully they're flattered by the gesture, in particular Grande who could probably appreciate something light-hearted after recently losing her grandfather. It's obvious Willis and company didn't have any bad intentions with the spoof, and that the entire project was done all in the name of sunscreen and fun.

Check out "SPF" below:

And to see how this measures up to the original, here's Ariana Grande featuring Iggy Azalea in "Problem":