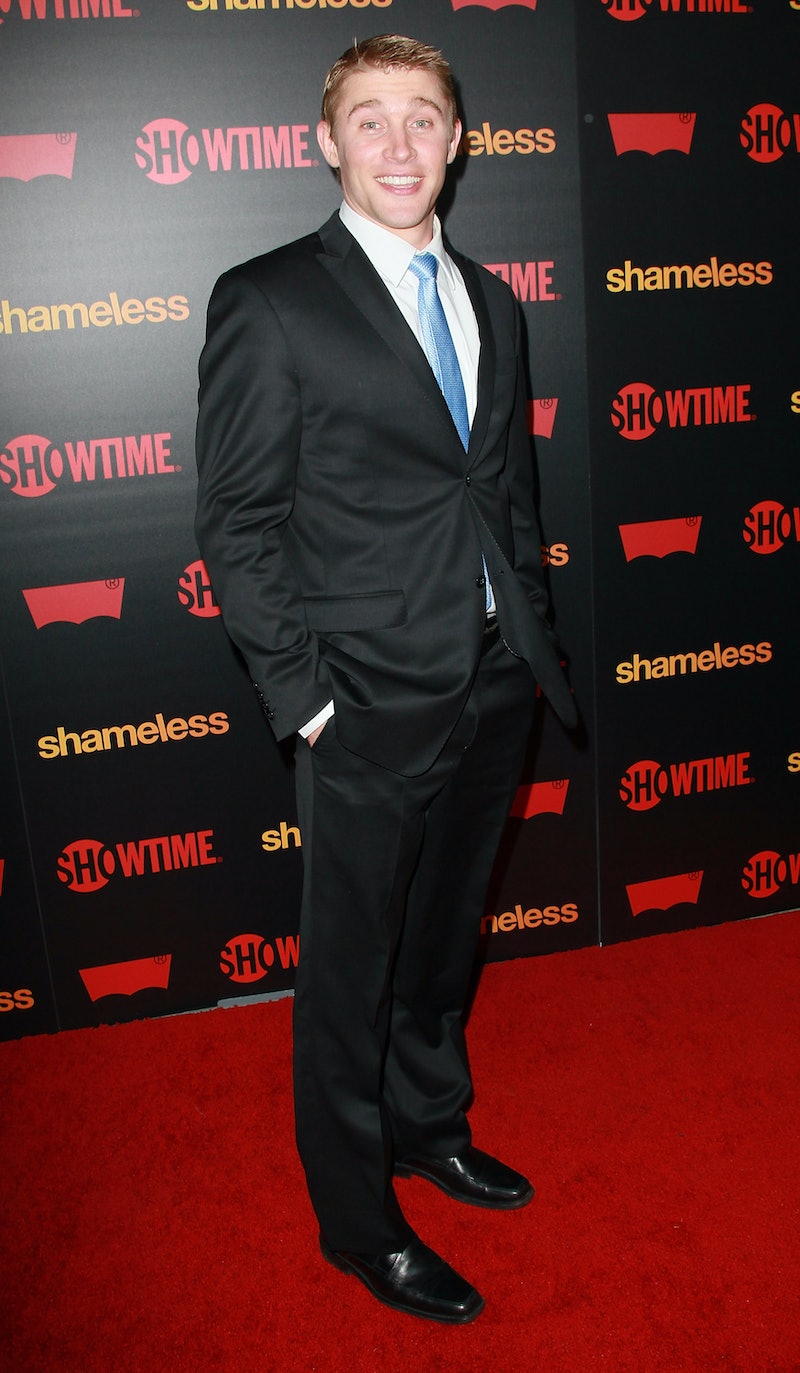 This show is an open doooor. On Monday night, ABC and Once Upon A Time revealed another piece of its Frozen puzzle — Tyler Jacob Moore will play Prince Hans on OUAT Season 4. Moore will join Georgina Haig as Elsa, Scott Michael Foster as Kristoff, and Elizabeth Lail as Anna for the upcoming Frozen arc that will include a wedding for Kristoff and Anna but absolutely no Olaf, the singing snowman. Sigh. While we still aren't sure exactly how Prince Hans will fit into the storyline — my theory is that he's out for revenge — we do know where we've seen Tyler Jacob Moore before and that he's absolutely a bigger Frozen fan than you.

The 31-year-old actor, who you might recognize from a handful of ABC primetime series or on the arm of a certain Shameless star, does want to build a snowman. Moore almost spilled the beans about his recent casting on OUAT on Twitter on July 24. And by "spilled the beans," I mean that he basically told any OUAT fan who knew where to look that he was a part of Ed Kitsis and Adam Horowitz's upcoming Frozen arc. Here's Moore's tweet — which is kind of adorable and kind of like, "SPOILER ALERT":

I mean, I'm "really into" this casting because, just like Lail, Haig, and Foster, Moore shares an uncanny resemblance to Prince Hans. So much so that I can't believe we didn't predict this casting before — considering we've seen him on these big series recently:

Like many of OUAT's stars, Moore has appeared on other ABC series — most recently as Detective Hosko in Revenge Season 4's episode, "Impetus."

Moore's played Officer Tony Markovich, who dated Emmy Rossum's Fiona Gallagher for while, on Showtime's hit series Shameless for the past three years.

Moore dated his Shameless costar Rossum for two years before calling it quits in July 2013. Are we allowed to blame Steve just like Tony would?

Looking forward to seeing how he does on OUAT.