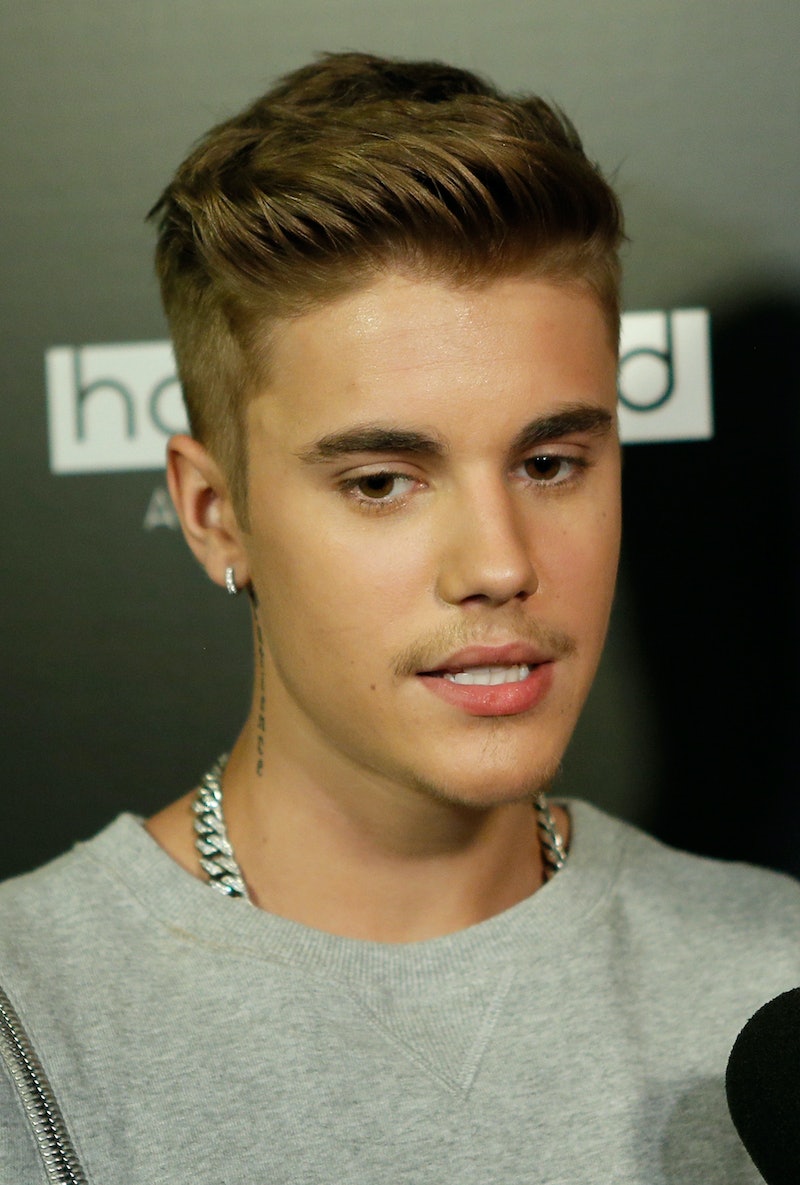 Never in my wildest Lord of the Rings fanfiction dreams, would I ever pose Legolas against a baby-faced pop star, but considering a certain scuffle in Ibiza, now I don’t have to. It looks like everyone’s favorite Eflin archer and the prince of the Woodland Realm, did what many of us have been begging for someone to do — yep, Orlando Bloom punched Justin Bieber. Clearly, Bloom saw an opportunity and went for it, and very much like the restaurant patrons where the scene went down, I, too, applaud him.

As expected, Bieber was a punk about the entire scuffle. Cell phone footage shows that Bloom shoved or attempted to shove Selena Gomez’s go-to man before Bieber’s body guard got in the way. Eyewitnesses told TMZ that Bieber ducked one of Bloom’s punches and taunted him by screaming, “What’s up, bitch?” It sure is easy to do that when you’ve got a sturdy security guard to hide behind.

Now, it’s hardly surprising that when in a fight, Bieber would be all talk, especially when he’s safely shielded behind one of his much bigger and built bodyguards. Bieber's been accused of making his “muscle” do the dirty work, like beating up paparazzi for him, so he's pretty used to avoiding repercussions for his thoughtless actions.

But Bieber's true passion? Passive aggression. Once he left the restaurant and was out of the danger zone and snug in his crib somewhere, the 20-year-old pop star taunted Bloom further by posting a bikini photo he Googled of Bloom’s soon to be ex-wife, model Miranda Kerr. I’m not sure what’s sadder, the fact that Bieber thinks Bloom is following him on Instagram or that Bieber thought that he was getting the last word in. The pic is now deleted, but it really didn't do anything but prove that Bieber's a supposed "tough guy" with an unlimited data plan. Doesn't he know that you can't just hit Orlando Bloom? He's The Calcium Kid.

Bieber’s no stranger to using social media to express his passive aggression. In March he took to Instagram to post a Googled photo of his ex-girlfriend Selena Gomez at the 2014 Vanity Fair Oscars Party and called her the “most elegant princess in the world,” after posting a sad-looking shirtless selfie at home. Obviously, he was vying for pity points from fans and possibly Gomez. He also was a sad lout no one wanted at the party.

And when he isn’t hiding behind the power of Instagram photos, Bieber’s sarcastically tweeting to haters. For instance, his Twitter response to Seth Rogen, who spoke about meeting the Canadian for the first time and described him as “a bit of a dick” on Howard Stern's radio show.

Sure, it was a nice apology overall, but Bieber just had to add “sorry I didn’t bow down,” ruining what could’ve been a sincere apology with a bit of unnecessary sass. He also didn’t tag the Neighbors star on Twitter, probably thinking that like Bloom, Rogen was just one of his many followers.

It's really no surprise that stars like Bloom and Rogen are washing their hands of the Biebs. The Great Gatsby doesn't want anything to do with the "Baby" singer either. Earlier this year at a Cannes nightclub, Leonardo DiCaprio snubbed Bieber, refusing the singer access to his VIP section. Bieber didn't tweet or Instagram anything directed at DiCaprio, but he probably went to a corner to go brood.

At least someone put him in his place.