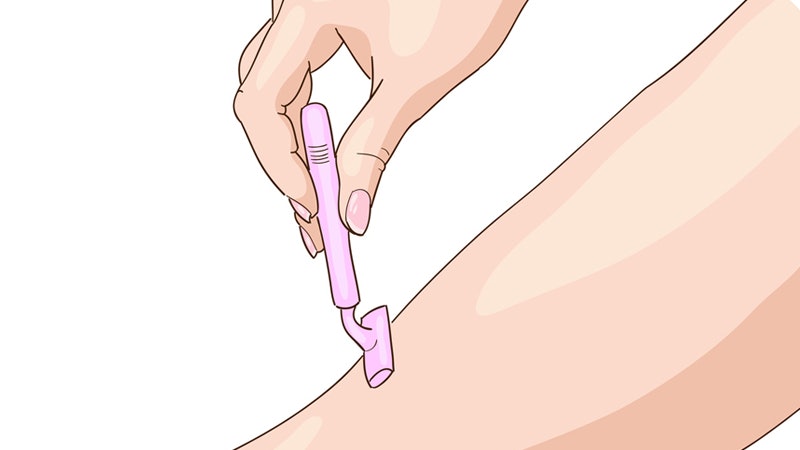 There seems to be no end to the gender inequality in our society. From the pay gap to the fight over our reproductive rights, to even how we’re perceived when we dress a certain way, as women we’re forever being treated differently — and not differently in a good way. We're all well aware of many sexist injustices, but it’s time to add yet another disparity to the pile: gendered pricing.

Between tampons and cosmetics, women already spend more than men on health and beauty products. But because of gendered pricing — aka the way women's products are priced differently from men's — women are paying even more. On average, women spend $1,351 a year in extra costs, just because we’re women. When California realized this was happening, they were the first state to ban this particular pricing technique, but those of us who don’t live in California are still dealing with issue.

When companies were asked why there was a difference in price, one spokesperson from a deodorant company told Consumer Reports that the products are “completely different formulations,” with differences in packaging. (It didn’t seem to matter that both the men's and women’s deodorant of this particular company contained the same ingredients and the same percentages of them.) They somehow thought that “different formula” justified charging 30 cents more for the women’s product.

When researchers at the University of Central Florida stepped in to do some testing, they found the only difference was the scent. Because, of course, only the lilac-scented antiperspirant in the matching lilac packaging will do for us ladies.

It should be noted that no company is exempt from gender pricing. As Consumer Reports found, manufacturers "across the board" insisted that this is just the way things are, once again claiming that it's more expensive to make products for women. It's just an accepted practice at this point.

Deodorant aside, I took a look at some other gendered products at CVS. Of course, the word choice for each product is slightly different depending on the gender it’s being marketed to, but I think the ones I've chosen are close enough that it’s worth exploring. All major companies, not just the ones singled out here, are guilty of gendered pricing — but that doesn't make it right.

It costs roughly a few cents to make a razor, but that’s definitely not what you’re paying. Companies that make razors claim that the extra pricing goes toward paying for all of the extensive research conducted by the scientists behind the product. Did you know that men make anywhere from 30 to 700 strokes when shaving? Well, now you do! Research!

And it looks like we women are subsidizing that research: Take the overpriced men’s razor and add a few more dollars, because that’s what you, as a woman, are paying.

Look! The product geared toward men even has the Old Spice scent, but is still cheaper! How does that make any sense at all? I won't even concede that the "dry scalp care" factor should even come into play here, because, to the best of my knowledge, anyone who needs Head & Shoulders already has a dry scalp. Must be the pretty almond, and the word "care," clearly marketed at women.

Here are the ingredients in the women's version:

OK, this one almost had me flip this table. Because I couldn’t find what seemed to be an equivalent L’Oreal moisturizer for women after finding this one for men, I thought I’d check out other brands. When the CVS brand popped up and THIS was the price, it was just too good not to include. So even the CVS off-brand is much more expensive. Great.

I’m not sure what the major difference in these two products could be. When I had short hair, I always preferred wax to paste, but I think we can agree that at the end of the day, the products aren’t all that different. But apparently, they’re different enough for Redken to mark up the women’s version by $4.00.

The two brands are owned by the same parent company, but you can see the women's version still costs 30 cents more.

In her attempt to prove that gender pricing is truly everywhere, Janet Floyd, a cofounder of a Manhattan-based marketing research firm headed to her neighborhood dry cleaner with both men’s and women’s button down shirts. The cleaner charged about $2.00 for each men’s shirt, and $6.50 for the women’s shirt, or as the dry-cleaning service called it, a “blouse.” The reason? "The owner of the store insisted women's shirts didn't fit on their machines and needed to be hand-pressed," says Floyd. OKAAAY.

More like this
Wimbledon Alters All-White Kit Rule Amid Candid Period Discussions
By Catharina Cheung and Rachel Mantock
18 Medical-Grade Skin Care Products Dermatologists Swear By
By Danielle Sinay and Rachel Lapidos
The Best Heels For Bunions, According To A Podiatrist
By Margeaux Baulch Klein and Maria Cassano
The Most Comfortable Loafers For Women
By Cristina Sanza
Get Even More From Bustle — Sign Up For The Newsletter