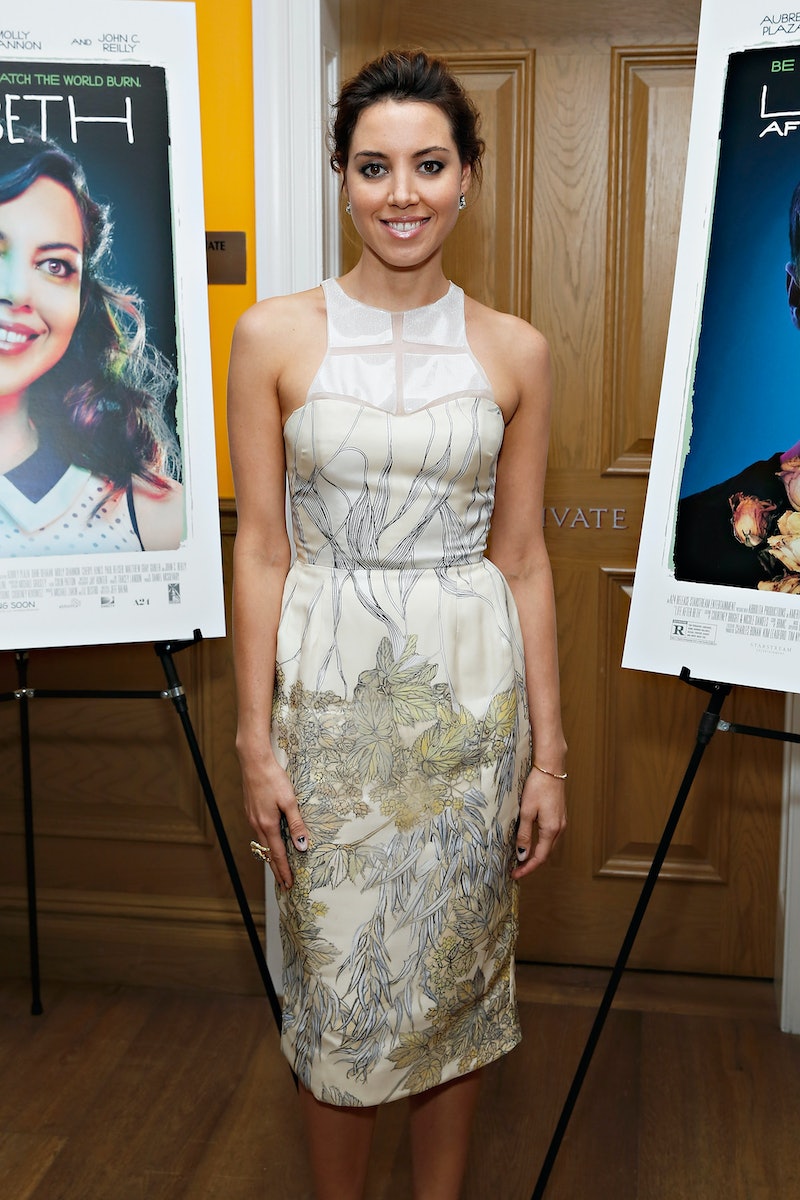 I’m sure some of you will freak out a tiny bit when I reveal this juicy secret, but here goes: I've only seen three (count ‘em, three) episodes of Parks and Recreation. And really, I don’t even have a good excuse for that. It’s not because I possess a terrible sense of humor, hate female-led shows, and have poor taste in television (though I do have the latter, my boyfriend would argue). And it’s definitely not because I have some kind of dislike for funny lady, former SNL star, and Tina Fey BFF Amy Poehler, of course, or any of her fellow cast members on the hit NBC show. For no good reason, I simply haven’t watched the show.

Perhaps that’s why I haven’t fallen head over heels with some of the series’ stars, including one-liner queen April Ludgate, or as she’s known in the real world, Aubrey Plaza. Sure, I’ve noticed Plaza on red carpets from time to time, looking pretty — and occasionally outstanding, like at the 2014 American Comedy Awards — in a cute dress or glamorous gown here and there. But it wasn't until a New York City screening of her new film Life After Beth that I began to take the film and television star — or at least her sense of style — seriously.

Showing up to the screening in an ultra-sophisticated, midi-length Honor dress, the actress — whose roles in upcoming films like Ned Rifle and About Alex are both keeping her busy and propelling her to a new level of fame — proved that she can definitely look the part of leading lady when given the chance. With its mossy floral print, on-point summer hues, fitted bodice, and relaxed skirt, the dress is classic and chic without looking one bit stuffy or boring.

While the entire ensemble — metallic Louboutins included — is easy on the eyes, it's especially flattering from the chest up, with the outfit's glittering, paneled, racer-front neckline and her softly swept-up hair and smokey bronze eye.

Is it the most glamorous or adventurous number the rising star has ever sported on the red carpet? Of course not. But is it a perfectly seasonal outfit that proves the actress and her fashion sense deserve to be taken seriously? You bet it is.