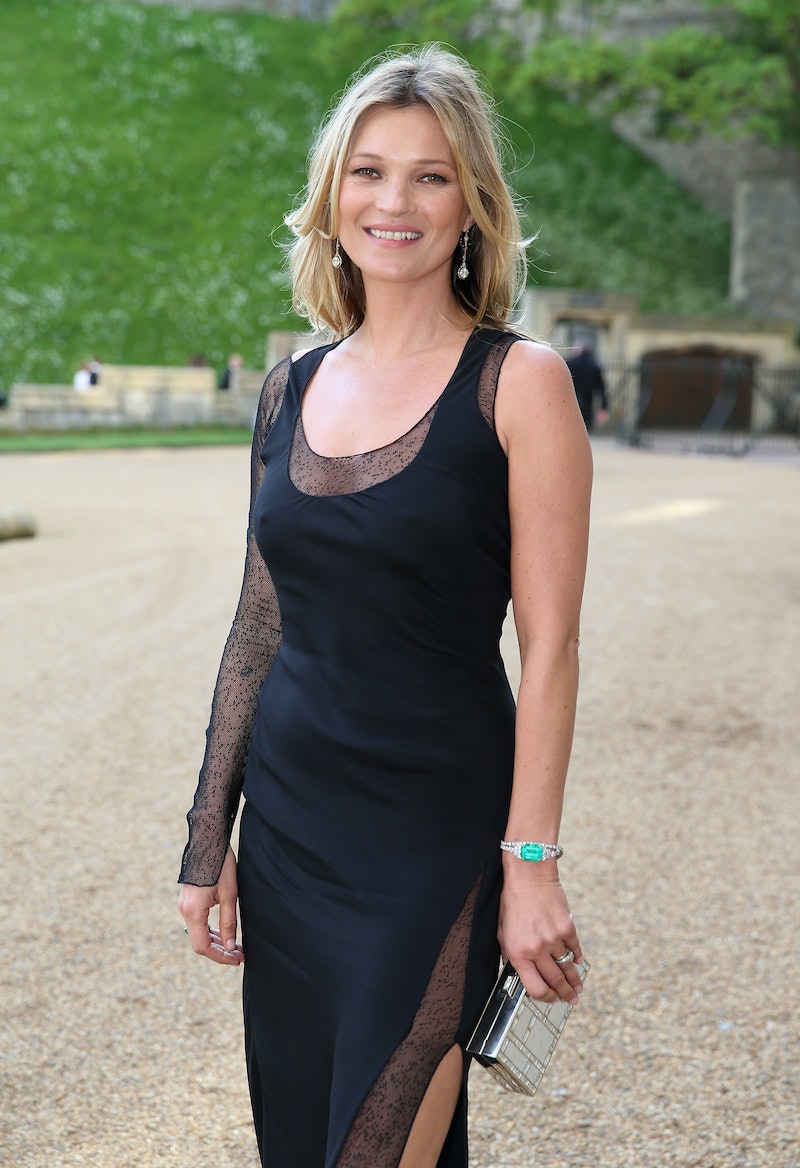 Some mornings you wake up and think "If I were Kate Moss, what would I wear today?" Of course, that rhetorical question opens up the floodgates for many more queries. As Kate Moss, where am I going today? What am I doing? What's my motivation? Well, if you're Kate Moss in Ibiza, attending Ricardo Tisci's bacchanalian birthday party and your motivation is to get mega turnt-up, you wear a body fishnet. Why? Because when you're Kate Moss at a party, your aim is to do the fashion equivalent of dropping the mic.

The supermodel attended the Givenchy designer's b-day bash on Friday alongside plenty of other famous individuals, including Kim Kardashian, Kanye West, Kendall Jenner, Justin Bieber, and Naomi Campbell. As we've gleaned from copious Instagram stalking, the dress code of Friday's party was all-black. Most of the partygoers dutifully adhered to the request, but Kate Moss adheres to sartorial rules for no man.

Her rendition of "all black" was essentially to wear an aquamarine bathing suit underneath the most scant of black cover-ups. So yeah, she got the theme there, right? Meh, it's a stretch. All we know with complete certainty is that Kim Kardashian really wanted to document Moss' outfit. Kardashian instagrammed the following picture on Sunday, with the caption "You can't sit with us."

Moss is basically wearing her bikini underneath web of black lycra. Clearly, this is a fashion choice made by the of the kind of person who forgets to wear green on St. Patrick's day, so she finds a fleck of the color on her printed shirt, and she's like "I'm festive!" If there were any thought process behind this decision, it's likely that she was just too lazy to change out of her swimming attire. However, she's sure ready for the world's sexiest funeral.