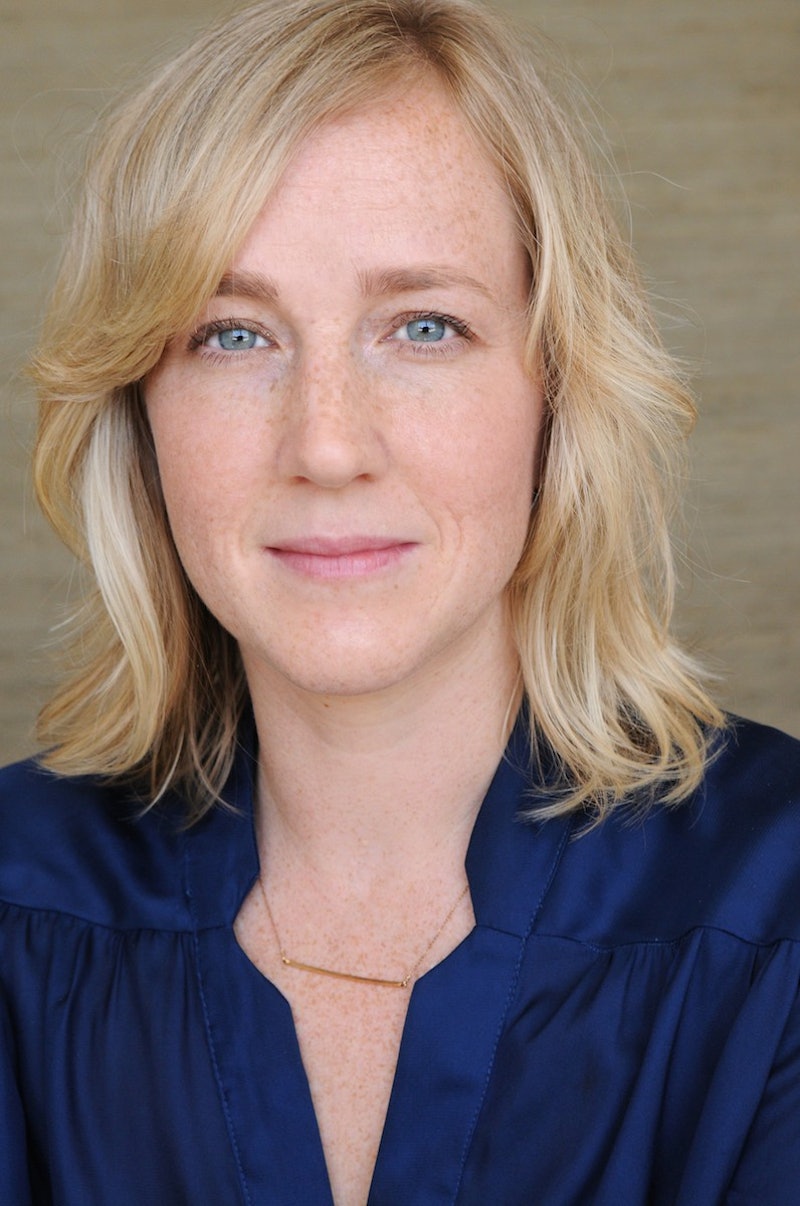 In late June, Stephen Colbert commanded viewers to refuse to "lick [Amazon's] Monopoly boot." Colbert, a Hachette author, had personal stake in the ongoing battle between bookselling giant Amazon and the publisher, but he also sought to encourage watchers to support debut authors — who are especially hurt by Amazon — through independent booksellers like Powell's. He chose one talented but unknown author, Edan Lepucki, to be the focus of the crusade, and directed his fans to preorder Lepucki's first novel California , which published July 8.

California envisions the struggle of a married couple in the woods of the western state. Cal and Frida are the only people for miles, stranded in the wilderness after fleeing their dissolved hometown of L.A., which fell prey to global warming and all types of disaster. The novel is a suspenseful story of survival and secrecy: When they learn they're expecting a baby, Cal and Frida must learn what they are willing to sacrifice and what they can't give up in order to survive.

Partially due to Colbert and partially because of Lepucki's striking writing and compelling plot, the novel's been a hit. On July 21, Colbert brought Edan Lepucki on to the show to giddily announce that her novel had earned a third place spot on the New York Times bestseller list. I spoke with Lepucki over tea and cobbler a few days after she appeared on the show, and we discussed her unexpected notoriety and her now-famous book.

BUSTLE: You were on Colbert recently to celebrate California’s place on the Times bestseller list. Were you nervous or mostly excited?

EDAN LEPUCKI: I was so, so nervous. For days beforehand I would get struck with a sense of dread every few hours. Of course I was excited, and overjoyed, but I was mostly just scared about going on national television! I was also nervous that I’d mess up Stephan Eirik Clark’s name — he is the author of the book I recommended, Sweetness #9. I had two anxiety dreams about doing the show and in both I botched my chance to recommend his book; I guess I felt just how enormous that responsibility was.

You were on with Nancy Pelosi — what did you say to her?

I know this is hard to believe, but she actually requested to meet me after I had done my segment! When she came in I said I was honored to meet her and like a true dork requested that we take a photo together. And then I signed a book for her. I was pretty giddy — I mean, I’m from L.A. where celebrities are a dime a dozen. But a politician! That is totally amazing and foreign to me! Also, her assistant was very nice and later gave me her card; it reads “special assistant to the supreme leader.” Ms. Pelosi does not kid around!

You recommended Colbert read Clark’s new book, Sweetness #9. What else are you reading or excited to read?

I recently finished Everything You Never Told You by Celeste Ng, which is just incredible. It’s about a death in a mixed race family in 1970s Ohio. It’s just devastating. And the prose — the prose! — is elegant, spare, and vivid. I am also excited about The Book of Unknown Americans by Cristina Henriquez. And I am just about to start A Portrait of a Lady by Henry James, to continue on my ‘complicated women’ book binge, which started with The House of Mirth by Edith Wharton.

Tell me a little bit about readers’ responses to Cal versus Frida. It seems, from your blog, that some readers are really hard on Frida — do you feel more merciful toward her?

Some readers are so hard on Frida! I am fine with readers having diverse responses to books, and I love that people have such passionate, personal reactions to made up people. Still, it makes me sad and a bit angry that some readers hate Frida, but forgive Cal for his issues. In my mind, they’re both flawed characters. I am merciful toward both of them. Frida certainly frustrates me, but I also feel tender toward her. I cut her some slack: Her adult life was basically put on hold because the world got just so unlivable, and then her brother was a terrorist suicide bomber, and she’s been living with one person in the middle of nowhere for two years. Sheesh, people! I think she’s pretty cool considering all that!

Do you think being a mother made it easier to write about Frida’s pregnancy?

Frida was pregnant when I began the novel in 2009, an entire year before I even became pregnant. The responsibilities of parenthood, and the simultaneous selflessness and selfishness of raising a family, were certainly on my mind once I became pregnant. I wrote the book before and during and after pregnancy, so all those experiences inform the book, I suppose.

You told the story through both Cal’s and Frida’s eyes. Did you consider having just one narrator?

Weirdly, I didn’t. The shifting POV was a characteristic of the novel from the beginning and it always seemed to work. It gave the novel some nice dramatic energy, and as soon as I got sick of one character, I got to shift to the other.

What are your favorite dystopic novels?

The Handmaid’s Tale by Margaret Atwood is probably my favorite novel. I’ve read it so many times that I think it’s in my bloodstream!

Did you feel you could only set this dystopic plot in California?

I am from California, so most of my work is set there. I feel like I have a west coast perspective and that my identity has been shaped by where I’m from. I am sure this world could be elsewhere, but I don’t think I could have written it. I also think I could really tap into the sorrow of losing Los Angeles, because that’s my hometown and I love it so. I destroyed it for my book … but not without feeling that loss as I did so.

I loved your column in Modern Love, "Taking Marriage One Year At A Time." What was it like writing about anxiety and depression and your marriage’s shared pain?

Thank you! I had never written anything like it. I tried to write the essay a few years ago but I think it was still too soon — the pain still felt too deep. I was finally able to look back on those years and understand what had happened, and why, and it was so lovely to write about that difficult time from a place of happiness and peace. It felt good to make something artful and true out of an experience that was really terrible. And to be able to connect with so many readers has been amazing; almost every day I get an email from someone thanking me for sharing my experience. To know that I can make someone feel a little less alone in an anxious, sad time means so much to me.

More like this
'Mayfair Witches' Already Changed 2 Major Characters From The Books
By Grace Wehniainen
Pamela Anderson Opens Up About Childhood Abuse & Early Sexualization
By Radhika Menon
Any Of These 45 Cheap Things Could Make You Look So Much Better
By Mackenzie Edwards
The 10 Best Plus-Size Push-Up Bras
By Andrea Gale Boerem
Get Even More From Bustle — Sign Up For The Newsletter
From hair trends to relationship advice, our daily newsletter has everything you need to sound like a person who’s on TikTok, even if you aren’t.