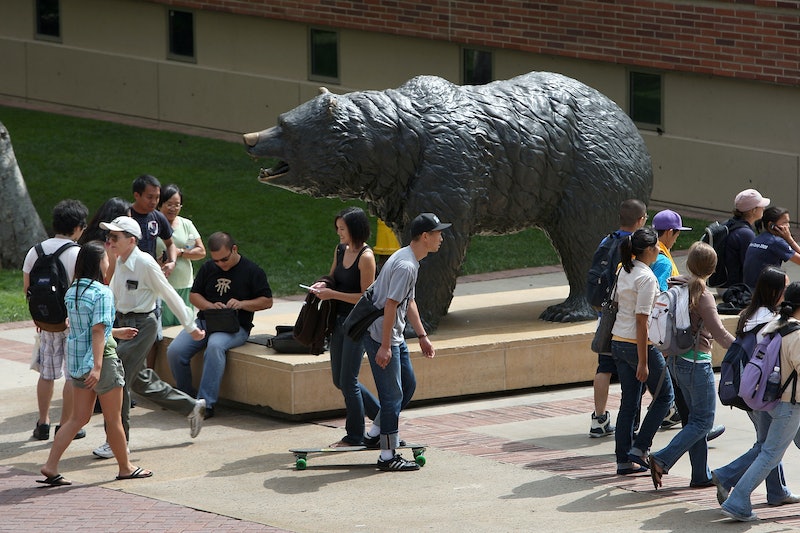 This month, the state legislature is expected to debate SB-967, a bill to reduce college sexual assault. But rather than simply increasing punishment for people accused of rape and sexual assault on college campuses, the bill goes a step further. SB-967 aims to not only decrease sexual assaults in the first place but also make the system better for victims and incentivize schools to pay attention. Characterized as "yes-means-yes" legislation, the bill was passed by the California Senate in May. This month, it comes before the Assembly (the state's equivalent of the House of Representatives), just on the heels of the introduction of another sex-assault bill by U.S. senators. As SB-967 comes up for a vote, here's what you need to know:

It Defines Consent in a Huge Way

If passed, SB-967 will give the victims of sexual assault more recourse – and probably make victims feel safer reporting sexual assault in the first place. The bill defines consent as follows:

It Takes Consent Very Seriously – For All Parties

People accused of sexual assault won't be able to get off the hook if they were drunk any more than if they assaulted a drunk person. Among the bill's list of invalid excuses for assaulting or raping someone are:

Being drunk. "The accused’s belief in affirmative consent arose from the intoxication or recklessness of the accused."

Assuming it was all good. "The accused did not take reasonable steps, in the circumstances known to the accused at the time, to ascertain whether the complainant affirmatively consented."

It Gives Schools a Reason to Pay Attention

SB-967 applies to all schools that receive public funding, from the giant UC system down to smaller private universities and community colleges. Any schools that want to keep receiving state funding must revise or create sexual assault policies compliant with the pretty comprehensive list of criteria laid out in the bill. It reads: