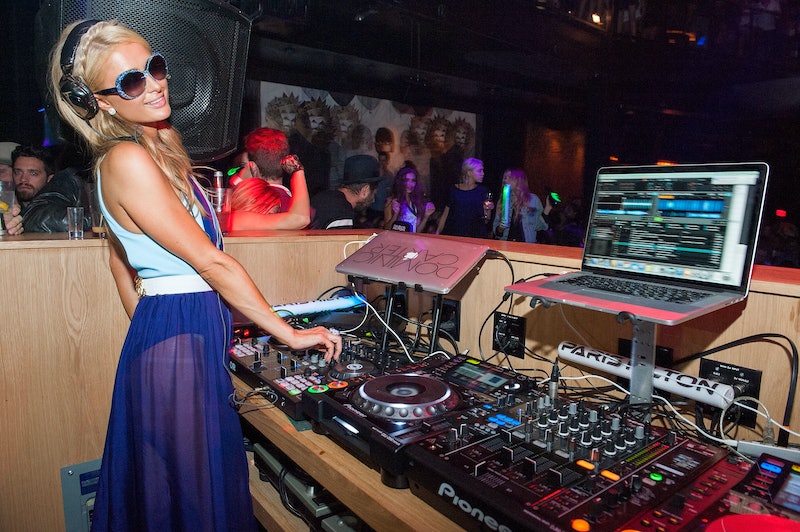 By now, it's quite clear that Paris Hilton gets paid a ton of money to basically be Paris Hilton. And I, for one, certainly wouldn't mind a cushy gig like that, especially after hearing how much money she earns as a DJ. Supposedly, it's somewhere near a gazillion dollars per job. OK, maybe not a gazillion but Complex reports Hilton made $2.7 million to DJ in Ibiza for four days, which is still a lot of coins, especially for such a short period of time. Sometimes it takes me up to four days to move a load of laundry a few inches from the washer to the dryer, at which point I'm forced to re-wash my clothes. That is utterly pitiful, I know, but the $347,000 an hour Hilton earns to play a few tunes is not.

It's clear Hilton wants to spread her fame and maximize her profits and I completely get it. There's her line of signature fragrances, those Carl's Jr. commercials and her recent return to music. Plus she just made up with Kim Kardashian, and if at some point they decide to go into business together, that has the potential of yielding even more money-making ventures. There's really not enough room to list all of Hilton's businesses, but still, how cool would it be to just stick to DJing and take the rest of life off? Or am I just lazy?

Perhaps, but love it or hate it, Hilton's arrived at a point in her career(s) where she can command huge sums of money to compile a playlist and watch people groove to the music. Oh, and it doesn't hurt that she's working in Ibiza, a place that's far from some shabby joint you have to beg your friends to visit. With a gig like that, I wouldn't blame Hilton if she suddenly decided to become a more shiftless version of herself. For that amount of money, she could easily DJ her way into an early retirement.