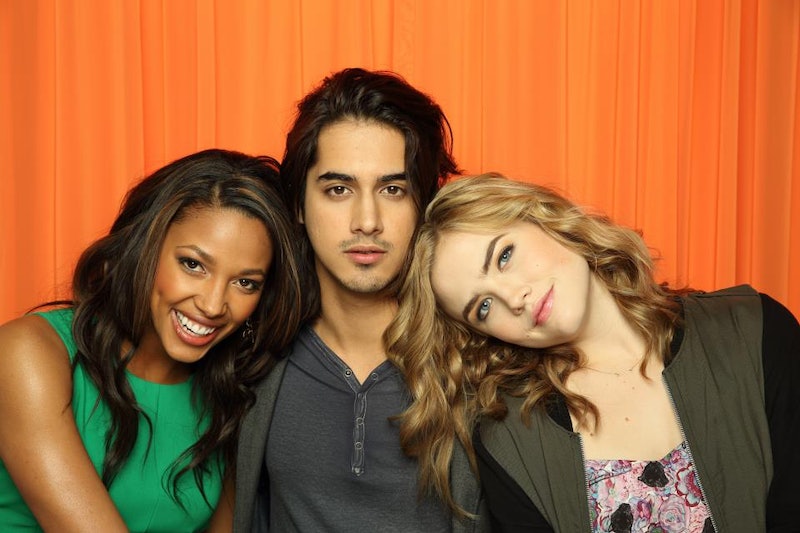 UPDATE: Our worst fears have been realized. ABC Family has cancelled Twisted. EARLIER: I wish I could say that the wait was over, but, sadly, we'll have to hold out just a little bit longer to hear whether ABC Family's Twisted has been renewed for Season 2. According to ABC Family President Tom Ascheim's interview with TV Line, the network will announce pick-ups at the end of the summer, which means that we still have a few more weeks of agonizing to do. And it is agonizing — after all, Season 1 of the ABC Family drama concluded with a (potentially deadly) cliffhanger and the possibility of a love connection between Jo and Danny. And let's not forget the totally disturbing twist that the show dropped on us during the last minute of the finale — let's just say that the new MTV series Happyland isn't the only series to show two possible half-siblings in a liplock. (Ick.)

Not knowing Twisted's fate is a serious struggle. For the many Twisted fans out there, know that I hear your cries and definitely empathize with your pain. Whether you ship Dacey, Janny or, hell, even Jacey, not knowing whether Twisted is returning is a pain we all struggle with. Here's a guide to anticipating the news of Twisted's possible return. (In GIFs, of course!)

The Season 1 finale. Tess just dropped the huge bomb. You have no idea how to react.

Umm, wait, if Tess is Jo's mother, and also Charlie's mother... that means...

Then, the shot rings out. Now you're concerned.

...So you head to Google to find out about Season 2.

It tells you nothing.

So you wait a week.

And then another week.

Finally, you find some news on Twisted.

Twisted hasn't been cancelled yet!

It also hasn't been renewed.

You start to think about all of the characters you'll miss.

Not only Rico, but mostly Rico.

And what will happen to Danny and Jo?

You consider boycotting ABC Family until Twisted is renewed.

Except of course you don't, because, hello, Pretty Little Liars.

And The Fosters, Switched at Birth, and the fact that there's never not a Nicholas Sparks movie on.

You quench your thirst for Twisted by binge-watching it on Netflix.

All it does is make you really emotional.

You start a new Netflix series instead.

Then you learn you won't hear about Twisted's fate til the end of summer.

ARE YOU FREAKING KIDDING ME.

But then you think, hey, at least it's not cancelled!

...Even if waiting is the worst.

But you can handle it.

I mean, ABC Family will come around eventually.

You're not even worried. Right? Right.

Because if it does get renewed...

You'll be beyond happy.