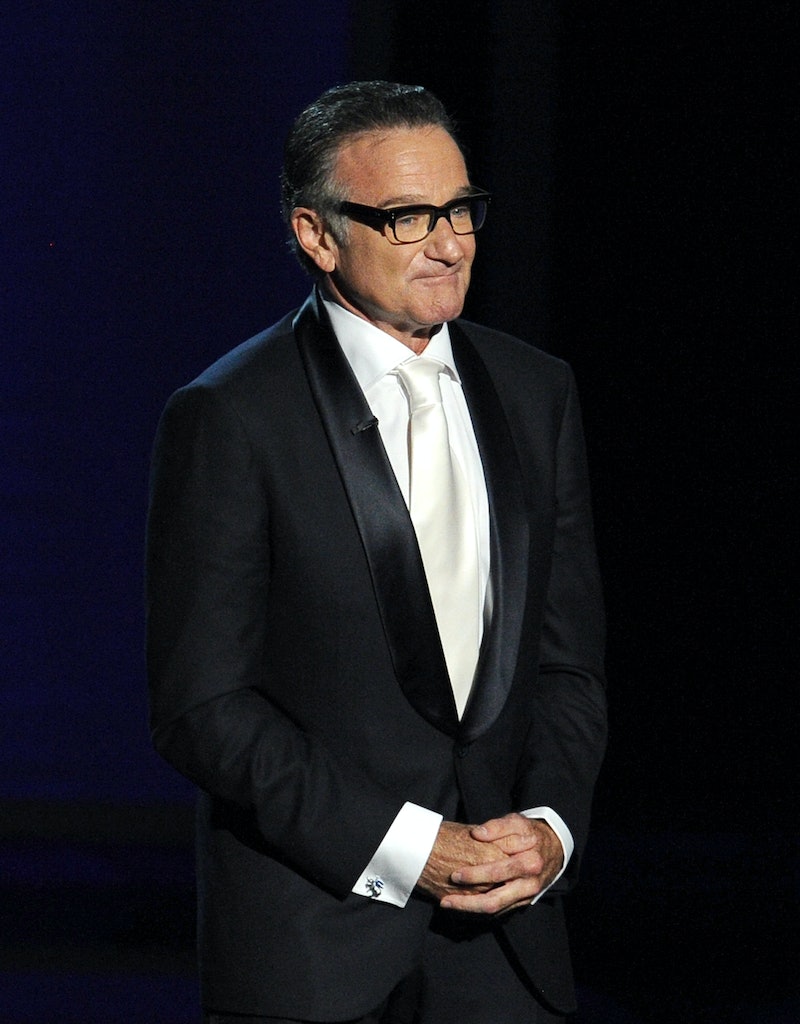 Yesterday's shocking news about the passing of comedic legend Robin Williams at the age of 63 is the sort of horrible, unbelievably devastating news one can never be prepared for. Williams was found unconscious in his home outside of San Francisco yesterday morning, and pronounced dead of what's suspected to be suicide by asphyxiation minutes later. When reports began surfacing, fans young and old alike were left stunned by the news, and it prompted an outpouring of condolences and messages from everyone who was touched by Williams' charisma, charm, talent, and comedic genius. At the time of his death, Williams had a handful of upcoming films that will now be released in his honor, as well as a series of projects in differing pre-production phases.

As EW points out, Williams had four films with set release dates at the time of his tragic passing: Night at the Museum: Secret of the Tomb and Merry Friggin' Christmas, which are slated for release on December 19 and November 7, respectively, Absolutely Anything, which is set for release later next year, and Boulevard, which premiered at the Tribeca Film Festival this year but has not yet landed a release date.

While it'll undoubtedly be a difficult experience to see the films now that Williams has passed, it'll hopefully bring some much-needed comfort to fans who are grieving the actor that changed the lives of so many. In a way, I like to think it's what Williams would have wanted — after all, he spent his entire life making others happy.

Williams also had other projects in the works for the future that will most likely be dropped out of respect for the actor — mainly a much talked-about sequel to 1993's Mrs. Doubtfire : Though Williams' attachment to the project had not been confirmed, a first draft for Mrs. Doubtfire 2 was apparently finished. Williams reportedly met with screenwriter David Berenbaum about the project, and both he and original director Chris Columbus were expected to sign on.

Williams leaves behind his wife, Susan Schneider, and his three children. R.I.P., to one of the greats.