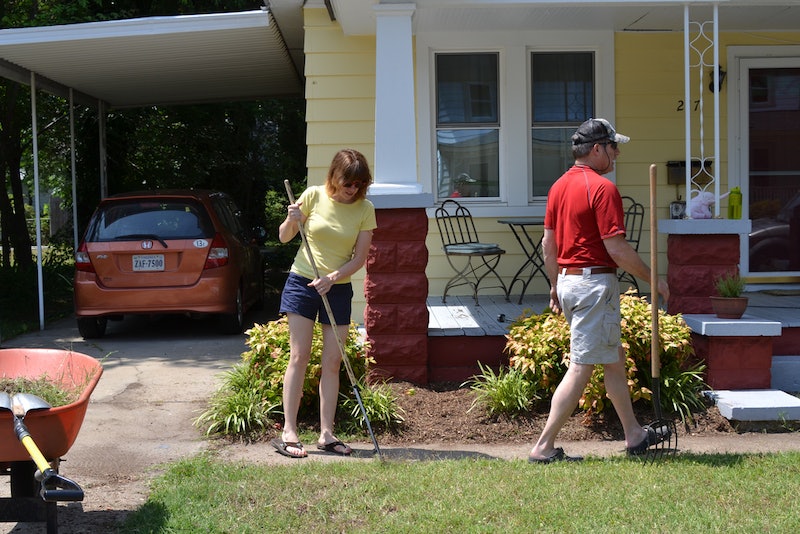 Tired of cleaning up after your boyfriend? A change of career may be in order — not for you, but for him. According to a new University of Notre Dame study, men who go into traditionally female professions tend to pitch in more at home, while their wives and girlfriends get to do less. Could this be the utopia of gender equality?

The study considered professions male or female if more than three-quarters of workers are of a certain gender. Traditionally male jobs included truck drivers, guards and watchmen, farmers, auto mechanics, and construction workers. Teachers, maids, childcare workers, secretaries, and nurses were some of the traditionally female gigs.

Sociologist Elizabeth Aura McClintock, leader of the study, has two possible explanations for this quasi-miraculous splitting of the chores. It could be that men who switch to female-dominated fields discover a greater appreciation for women's work, both paid and unpaid. The other, less rosy option, is that men with more traditionally feminine careers have a greater fear of being single, thinking they're less desirable and somehow lacking virility. Hence the extra pitching in to keep their current partners charmed. Effective, but pretty lame.

Although this study helps us understand the path to gender equality, 1.4 more hours isn't that significant of a change. Overall, men still tend to do much less around the house than women, even when both partners work full-time."The real finding here is that we need to fundamentally reconsider the gendering of housework," McClintock told the Huffington Post. "Most men should be doing more."

Whether it's by working as a nurse or having a daughter, it's high time men wrap their heads around this, and pick up a broom so we can all go to work, wherever we want to.

More like this
How To Politely Reject Someone Who Keeps Asking You Out
By Laken Howard and Lexi Inks
Here’s Your Daily Horoscope For October 4, 2022
By Mecca Woods
Constance Wu On Self-Doubt, Family Drama, & Her Sister's Unwavering Support
By Constance Wu
Why TikTok Is Obsessed With Caesar Salads Right Now
By Alexis Morillo
Get Even More From Bustle — Sign Up For The Newsletter