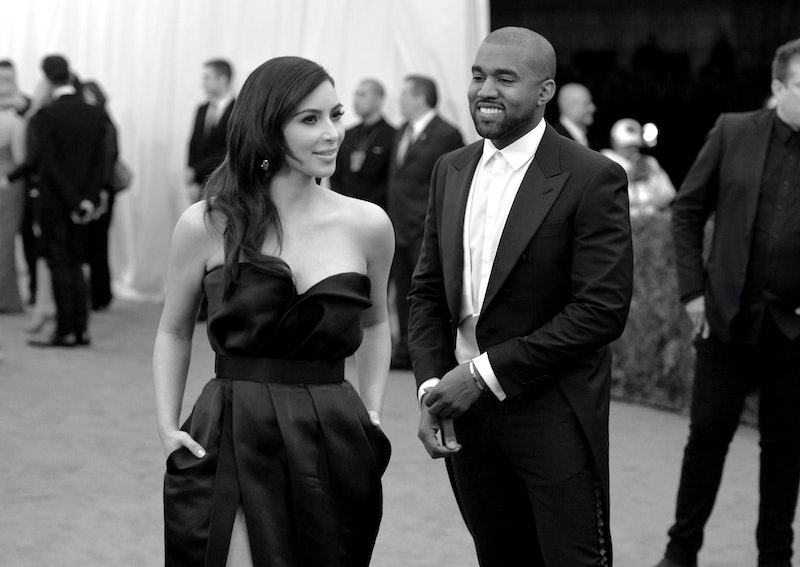 Move over Kendall Jenner, because there's another family member making her modeling debut. North West may have recently turned one, but she's already appearing in the pages of a fashion glossy. That's right, Kanye West and Kim Kardashian's daughter, North West, models in the Fall Issue of CR Fashion Book. It's no secret that North's fashion game is off the charts and that she is absolutely adorable, but now it seems that she may just be the most impressive toddler ever. It's not North's first magazine appearance — she was featured in the spread for Kim and Kanye's Vogue cover — but it is her first solo job. Is it weird to be jealous of a toddler?

But enough about her famous parents, let's get back to the real star here, Nori. In the elegant black and white photo she's dressed in Chanel — with a miniature iconic purse to match — and her Lorraine Schwartz diamond studs sparkling from her tiny ears. Inside the photo appears a quote from Karl Lagerfeld that sums up North's modeling debut quite splendidly.

"It is never too early to care about fashion," Lagerfeld said. Perhaps North is on her way to following in her gorgeous aunt Jenner's footsteps. I mean Jenner's a high fashion model who's career is seriously taking off, so she'll certainly have some tips for North. Once she learns to understand sentences. The CR Fashion Book Issue 5 hits newsstands on September 4th, so you can bask in all of North's baby glamour glory.