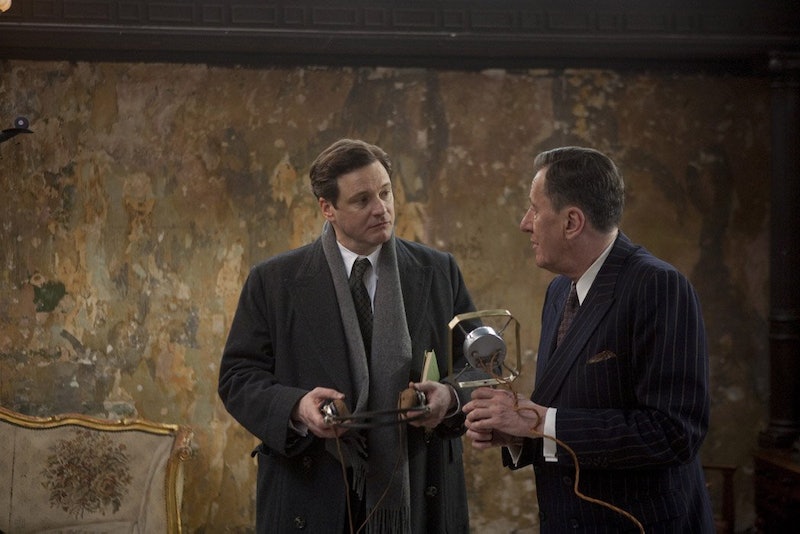 On a daily basis I am overwhelmed by the number of films that I have not seen. It's definitely not something that should stress me out, but it totally does. Why? Because I have so many more movies that I need to be moved to tears by, laugh with, and cheer for. And when I really think about it, I'll probably never get through them all. The truth hurts.

Of course, one of the best places to go to start crossing off movies on your "To Watch" list is Netflix. The site is swimming with classics, eye-opening documentaries, animated treasures, and, most of the time, super shitty films. But if you weed through the movies you know you're not going to like — hello, Spy Kids: All the Time in the World in 4D — then you're left with a mountain of films that could entertain you for months to come.

The next step is figuring out which movies you should start with. In order to (painfully) narrow the list down, I turned to A Better Queue, a site that helps you sort through Netflix's collection of films. Below is an assortment of comedies, dramas, thrillers, recent releases, and just downright classics (and their Netflix descriptions) that received a Rotten Tomato rating of 85 percent or higher. Because there are so many amazing films that have been left off this list, think of this roundup of movies as a tasting menu to whet your appetite.

"Grace, a compassionate young supervisor at a foster care facility, works with her boyfriend and colleague, Mason, to help at-risk teens. But when a new charge dredges up memories of her own troubled past, Grace's tough exterior begins eroding."

"The toast of New York City society after penning 'Breakfast at Tiffany's,' flamboyant writer Truman Capote finds himself in a dance with the devil while researching the Clutter family murders for his masterwork, 'In Cold Blood.'"

"Two Mississippi teens, Ellis and Neckbone, meet a mysterious drifter named Mud hiding on a deserted river island and get caught up in his tangled web of tall tales about bounty hunters, crimes of passion, lost love and a perfect woman named Juniper."

"Amid the holocaust of internecine tribal fighting in Rwanda that sees the savage butchering of hundreds of thousands of men, women and children, one ordinary hotel manager musters the courage to save more than 1,000 helpless refugees."

"This frank drama centers on the cautious relationship between two gay men — one a genial lifeguard, the other a lusty art-gallery worker — who contemplate turning a passionate one-night stand into something more meaningful."

"When a car dealer conspires with dim-bulb criminals to kidnap his wife for a hefty ransom, a folksy — and pregnant — police chief is on the case."

"Hildy is about to get hitched to a dull insurance agent — if her ex-husband, a ruthless newspaper publisher, doesn't succeed in winning her back."

"Determined to make it as a modern dancer in New York, Frances pursues her unlikely goal with more enthusiasm than natural talent. The rest of the time, she and her sardonic best friend, Sophie, put off growing up for as long as they can."

"After losing their academic posts at a prestigious college, a team of parapsychologists creates a business exterminating ghouls, hobgoblins and supernatural pests — and are soon hired by a cellist to purge her digs of a demon."

"Two showgirls board a luxury liner to Paris. Engaged to be married, fair-haired Lorelei is unknowingly tracked by a private investigator who was hired by her future father-in-law. But the detective only has eyes for her brunette friend, Dorothy."

"... A botched robbery indicates a police informant, and the pressure mounts in the aftermath at a warehouse. Crime begets violence as the survivors unravel."

"Nominated for seven Oscars, this legal thriller profiles the attempts of country lawyer Paul Biegler to exonerate Frederick Manion, who's charged with a local barkeep's murder but claims the victim raped his wife. Employing a temporary insanity defense, Biegler tries to outmaneuver slick celebrity prosecutor Claude Dancer but discovers there's more to the case than meets the eye."

"Based on events in the 1960s and '70s, this chilling drama recounts the actions of a killer who stalked the streets of San Francisco and left clues in the newspaper, relating the mystery through a cartoonist who became obsessed with the case."

17. The Silence of the Lambs

"In this adaptation of Thomas Harris's novel, FBI trainee Clarice Starling ventures into a maximum-security asylum to pick the diseased brain of Hannibal Lecter, hoping the psychiatrist turned homicidal cannibal can help her catch a serial killer."

"Interlacing three disturbing snapshots of America's drug war, this Oscar-winning saga follows a U.S. drug czar who learns his daughter's an addict, a Mexican cop caught in a corrupt system and a housewife forced to take over the family drug business."

"Renton and his mates cope with the highs, lows and gritty realities of heroin addiction. But when Renton finally gets clean, he can't get away from his friends' nasty habits — especially after they pull him into a lucrative but dangerous drug deal."

"... [A] story about New York City theater life, with Bette Davis playing an aging Broadway diva who employs a starstruck fan as her assistant, only to learn the woman is a conniving upstart."

22. The Diving Bell and the Butterfly

"Mathieu Amalric stars as author and Elle magazine editor Jean-Dominique Bauby in this adaptation of Bauby's autobiography, which he dictated by blinking his left eye after a stroke rendered him mute and paralyzed."

"Ang Lee's articulate direction and Woo-Ping Yuen's balletic martial arts choreography elevate this story about a young woman in ancient China who longs for an adventurous life rather than a dull arranged marriage."

"This delectable documentary profiles sushi chef Jiro Ono, an 85-year-old master whose 10-seat, $300-a-plate restaurant is legendary among Tokyo foodies. Ono is also a father, whose sons struggle to live up to his legacy and make their own marks."

"Living simply and using a bicycle to get around New York, 80-year-old photographer Bill Cunningham tirelessly records what people are wearing in the city — both out on the sidewalk and in the salons of the wealthy."

"Winner of the 2014 Academy Award for Best Documentary Feature, this film takes a behind-the-scenes look at the world of backup vocalists, weaving together interviews with legendary singers with the voices that support them."

"This fascinating documentary examines the life of performing killer whale Tilikum — who has caused the deaths of several people while in captivity — and questions the safety and humaneness of confining these intelligent creatures."

"Cinéma vérité tackles football in this inspirational profile of an inner-city Memphis high school football team, whose downtrodden players combine with a dedicated volunteer coach in a valiant effort to reach the school's first-ever playoff game."

29. The Hunt for Red October

"When a Soviet nuclear sub headed toward American waters drops off U.S. scanners, the Yanks scramble to take defensive steps. But CIA analyst Jack Ryan convinces the brass that the sub's commander has something else in mind."

30. Butch Cassidy and the Sundance Kid

"Legendary outlaws Butch Cassidy and the Sundance Kid display their gifts for perfect comedic timing as they pull off heist after heist. To evade a posse, the boys flee to Bolivia, but trouble finds the charming pair of desperadoes wherever they go."

"Francis Ford Coppola's 1979 masterpiece follows Capt. Willard as he journeys upriver during the Vietnam War in search of the mysterious, and totally insane, Col. Kurtz."

"Charlie Allnut, the booze-guzzling, rough-hewn captain of a broken-down East African riverboat, teams with a straitlaced, iron-willed missionary to take on a menacing German gunboat during World War I."

"Young Shakespeare is forced to stage his latest comedy, 'Romeo and Ethel, the Pirate's Daughter,' before it's even written. When a lovely noblewoman auditions for a role, they fall into forbidden love — and his play finds a new life (and title)."

34. The Nightmare Before Christmas

"Tired of scaring humans every October 31 with the same old bag of tricks, Jack Skellington, the spindly king of Halloween Town, kidnaps Santa Claus and plans to deliver shrunken heads and other ghoulish gifts to children on Christmas morning."

35. The Triplets of Belleville

"When her grandson, Champion, is kidnapped while competing in the Tour de France, Madame Souza and her dog set out to save him. Along the way, they meet an eccentric female singing trio called "The Triplets of Belleville" who might be able to help."

"In this Oscar-winning classic with an iconic Simon and Garfunkel soundtrack, Dustin Hoffman turns in a landmark performance as a naïve college grad who is seduced by middle-aged neighbor Mrs. Robinson but ends up falling in love with her daughter."

"In this insightful slice of life, television writer Isaac Davis — who's in the throes of a midlife crisis — finds himself torn between an adoring high schooler and his best friend's high-maintenance mistress."

"Tom Joad, a Depression-era everyman, leads his poor family on a harrowing journey from Oklahoma's Dust Bowl to the promised land of California in this adaptation of John Steinbeck's classic novel."

More like this
David Tennant’s Transformation In ITV’s 'Litvinenko' Is Astonishing
By Sophie McEvoy
Here’s Everything Coming To & Leaving Netflix In December
By Jake Viswanath
You’ll Be Able To Stream Bullet Train Before The Holidays
By Arya Roshanian and Radhika Menon
How To Stream Knives Out 2: When Will Glass Onion Be On Netflix?
By Radhika Menon
Get Even More From Bustle — Sign Up For The Newsletter