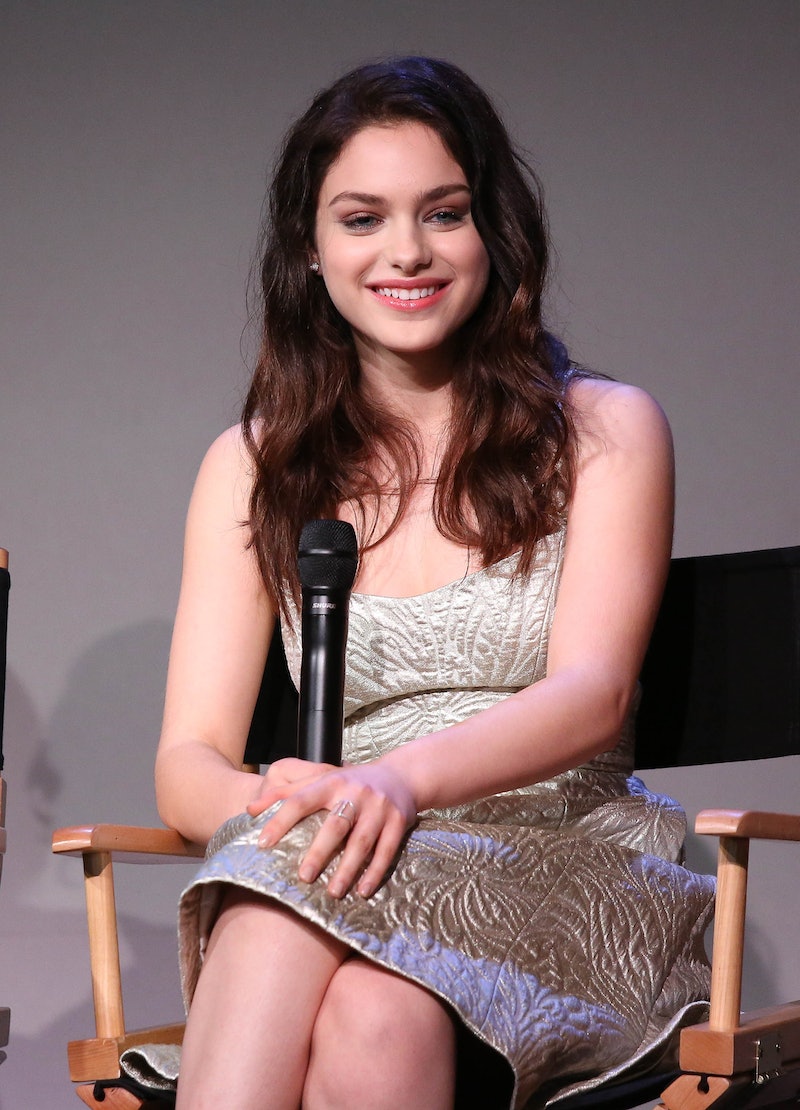 Okay, I have to admit, I'm a bad '90s kid: I haven't been following the much-anticipated The Giver — though I did read it (and love it) back in 6th grade (oh, and side note: I read every single Anastasia Krupnik book that existed).

Yes, I was a fan back in the day... but in 2014 after quite the rash of dystopian YA blockbusters? I saw the posters and the billboards and looked at them with no more than a passing interest, something along the lines of "Oh they're making that into a movie now?" (apparently, it's spent almost 20 years in production), with the occasional, "Taylor Swift's doing another movie?" thrown in.

But finally, with the film opening today, I finally had to get on board — like many of the writers on this site, I went through a stage of apprehension, only to come out on the other side after learning that the film was heartily Lois Lowry-approved (whew!).

Now, I can sit back, relax, and peruse the red carpet proceedings with ease. They've been great, by the way — did you catch Monday's New York Premiere? Katie Holmes stunned in Zac Posen, Taylor Swift twee'd in Monique Lhuillier, and Meryl Streep had gravitas in Dries van Nouten — but I was most interested in newcomer Odeya Rush. She's been on the scene a while, but this is her first big, big film — and she's taken to the red carpet like a complete natural (she wore Georges Hobeika with considerable aplomb).

Could she be joining the ranks of Elle Fanning, Chloe Grace Moretz, and Hailee Steinfeld — the league of preternaturally well-dressed teenagers? Let's take a look at her oeuvre and decide!

She more than held her own alongside fashion darling Taylor Swift (and it was a nice touch for her to wear red).

She stunned in this ivory brocade number at a "Meet the Filmmakers" event.

It's a tricky hemline to pull off, and she's doing it! Also, the bodice is absolutely gorgeous.

Cute — retro with a twist.

The silhouette's a little odd for my taste, but hey — it's a nice look for Comic Con.

I think she's pretty handily gained herself admission to the elusive super-fashionable under-twenty club, don't you?

More like this
23 Times Meghan Markle Dressed Just Like Princess Diana
By Bustle UK
The Secret To Taylor Swift’s Fringe, According To The Experts
By Orla Pentelow
Bella Hadid Just Wore Y2K-Inspired Pacifier Earrings
By Natalia Perez-Gonzalez
Alicia Silverstone Has Recreated An Iconic 'Clueless' Scene
By Frances Stewart
Get Even More From Bustle — Sign Up For The Newsletter