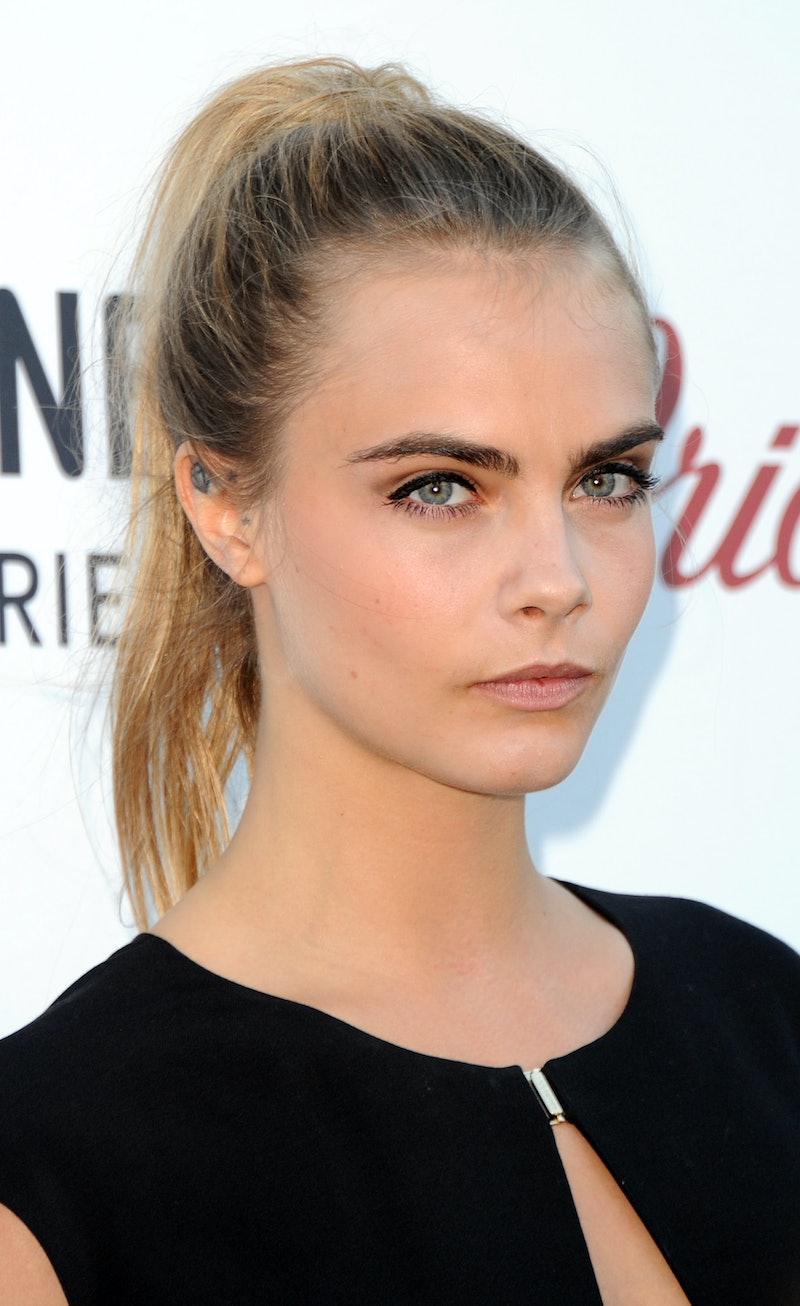 A pair of pizza-printed footie pajamas isn't the kind of thing you'd expect to see in the "Who wore it better" segments of the entertainment tabloids. That's why the present is a truly glorious time to be alive. Yes, kids. The pizza jumpsuit is a thing that starlets are wearing in public. Cara Delevingne wore a pizza jumpsuit while departing Ibiza, where she's been celebrating her 22nd birthday as E! Online reports. Wouldn't you know it, Katy Perry was spotted wearing the same jumpsuit just a few weeks prior. My verdict? The reigning duchess of brows Cara Delevingne wins the superlative for best usage of the pepperoni suit. After all, she wore it exactly how it's meant to be rocked: as a hangover uniform.

Sure, I know Delevingne has a bit of an advantage in any fashion throw-down. She's a professional wearer of clothes, and pitting any non-model against her can be construed as inherently unfair. Still, it’s not that hard to wear the pizza jumpsuit correctly. All you need to do is put it on your body, don’t do your makeup, don’t brush your hair, and bask in the glory of lazy fashion.

As an example, see Cara Delevingne. The model and Chanel muse captured the IDGAF spirit of this piece perfectly, putting her signature tomboy spin on it with a backward cap. With her disheveled hair and her expression that seems to say “I’m so tired, I could fall asleep at my Vogue interview," she looks exactly how any girl crashing from her 22nd birthday bender should look. It’s highly possible that she both A) woke up like this and B) ate pizza in this last night.

Meanwhile, Katy Perry, the queen of sartorially trying too hard, has managed to fumble her execution of the pizza jumpsuit. The singer created a bit of buzz when she wore the same mozzarella-emblazoned onesie on a recent visit to the Philadelphia Museum of Art. As you can see above, Perry has shiny makeup face, probably had a full night of sleep, and again, looks like she's just trying to be fun and seem like a "cool girl." In summary, she did it wrong. Also, in a tragic oversight of clothing functionality, Perry apparently neglected to realize that the jumpsuit does this . . .

Way to sell the garment, Cara. I'll have a large slice of this with everything on it and extra cheese.