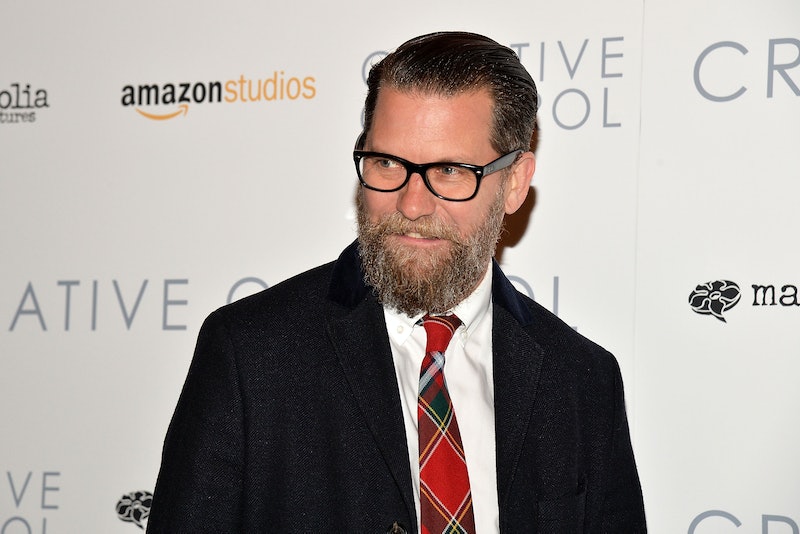 Gavin Mcinnes, the co-founder of Vice who was ousted 8 years ago, wrote an essay last week entitled “Transphobia Is Perfectly Natural”. As you might imagine, it is absolutely vile nonsense predicated on ignorance and stereotypical notions of trans existence. There is too much wrong with the piece for me to dissect it (and truthfully, it doesn't deserve such a treatment anyway), but to summarize, according to McInnes, trans people are freaks who will never be who we say we are, and to indulge us in our “delusions” and allow us to “mutilate” ourselves, is to do us a disservice. Transphobia is therefore a natural reaction (hello, naturalistic fallacy!), and therefore justified. He also makes repeated comparison between vulva and cheese blintzes, because trans people’s genitals (which is all we are, after all) are totally mutilated and gross like cheese filled crêpes.

None of this is too surprising, given that McInnes has a well established track record full of deliberately inflammatory, hate-filled articles. It's still disgusting, however, and thankfully people are taking notice. The article has been roundly condemned, and his employer, a company which he helped found, has decided to place McInnes on indefinite leave until they can find a solution for the situation. It is my hope that this is not merely a way to temporarily mollify the individuals justifiably offended and hurt by McInnes' words,especially since this kind of behavior from him is a repeated pattern. Given the fact that McInnes has been quite unapologetic about the piece, it is a pattern that is likely to continue unless decisive action is taken.

Gavin McInnes' defenders have been painting this as a free speech issue, claiming that the consequences of his actions are tantamount to censorship, but this could not be farther than the truth. McInnes’ freedom of speech was never infringed, and the consequences of his speech are no one’s fault but his own. He said what he wanted to say, and he was privileged to have it published. No one owes him a platform, however, and people are free to condemn him or refuse to associate with him. His place of employment has every right to distance itself from McInnes in the interests of the company’s public image. Ultimately, to claim that Gavin McInnes is somehow the victim of the people that he dehumanized is a deflection tactic and an abdication of responsibility for his words.

While McInnes' screed is an egregious example, it's far from the only despicable representation of trans people in the media, and while his piece is not deserving of a full rebuttal, it is important that we address some of the faulty premises upon which the article is based due to their prevalence. Firstly, trans people do sometimes suffer mental illnesses like depression, but this is not due to an inherent defectiveness in our brains. When opinions like those espoused by McInnes are sadly commonplace in our society, and the validity of your identity is constantly under assault, it's not a surprise that we would experience depression. It's not just mean words, however. Due to prejudice that people like McInnes reinforce, trans people face disproportionate rates of poverty and unemployment. Not only are we often denied the ability to eke out an existence, but we also face high rates of violence and murder, especially trans women of color.

People like McInnes also claim (disingenuously) that they are trying to "help" us by labeling us mentally ill and pathologizing our existence. When they claim that we shouldn't be allowed to "mutilate" ourselves and come to terms with our bodies in whatever way we see fit, he is promoting prejudice over science. The proven way to treat gender dysphoria is transition, period. The American Medical Association refers to gender dysphoria as a “serious medical condition” with symptoms including “distress, dysfunction, debilitating depression and, for some people without access to appropriate medical care and treatment, suicidality and death." What exactly that treatment entails is different for each individual experiencing it, much like any other medical condition. For some, transition might not entail the surgery that is so central to transphobic handwringing at all.

The treatment for Gender Dysphoria involves some combination of “triadic therapy”: hormone therapy, sex reassignment surgery and/or Real Life Experience (living for a period of time in accordance with your gender identity). Each patient must be evaluated on a case-by-case basis, with expert medical judgment required for both reaching a diagnosis and determining a course of treatment. There is no set formula for gender transition.

These treatment protocols are outlined in the Standards of Care published by the World Professional Association for Transgender Health (WPATH), which keeps the public up to date on the “professional consensus about the psychiatric, psychological, medical, and surgical management of Gender Dysphoria.”

If he really cared about trans people, McInnes would be advocating that we have access to that treatment. Many who do require sexual reassignment surgery are unable to obtain it due to the prohibitively expensive cost. Hormones aren't cheap, either, especially for a population facing such high rates of poverty and unemployment. If he cared about us, he wouldn't be calling us "nuts trapped in a crazy person's body" and telling us to "get fucked in the ass". Of course, it's obvious he doesn't care. It's a transparent backlash to the growing acceptance and understanding of transgender people in our culture, but it doesn't make his article any less harmful or disgusting.

When we sit idly by and let people who are ignorant of both the reality of trans existence and the science behind it dictate the terms of discourse, trans people are left with the sisyphean task of having to dispel nonsense endlessly, never quite pushing that boulder up the hill. When these harmful ideas are given platform, they linger in public discourse for a long time, reinforcing negative beliefs about us and undermining our legitimacy and the need for adequate health care. I'm still having to explain to people why being transgender is not the same thing as wanting to be a dolphin after a South Park episode made that comparison 9 years ago.

There will always be ignorant people who insist on categorizing us, but we, as members of society, have a choice as to whether or not this kind of harmful rhetoric is given legitimacy. When hateful, dismissive rhetoric is leveled at a vulnerable population, it should not be tolerated. Erasing the identities of trans people has real life consequences for our community and no amount of crocodile tears at the unwillingness to understand or accept us can change that. When people call out these verbal assaults on our identities, it isn't censoring them, it's self-preservation and asserting our right to exist and express ourselves on our terms. I don't expect Gavin McInnes to have a change of heart about us, but I hope that eventually views like his will find increasing difficulty obtaining a platform and claiming a space within our discourse.