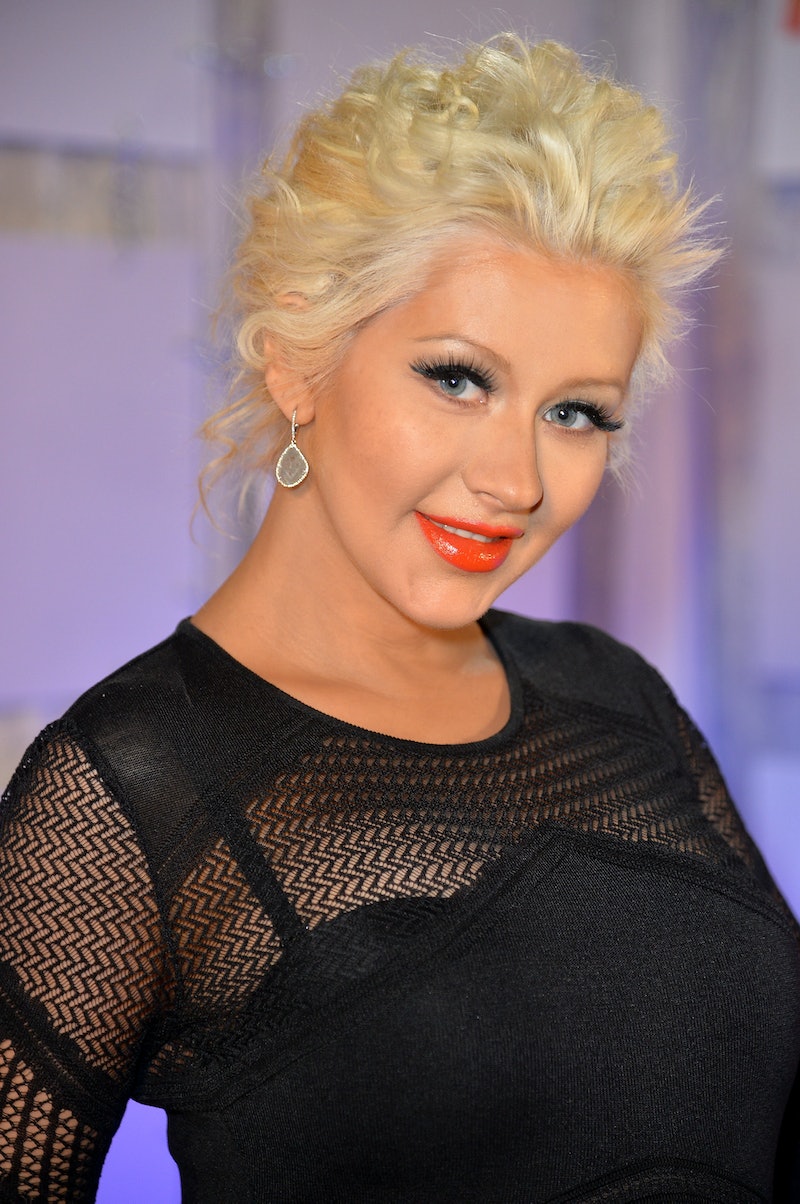 When Max Rutler and fiancée Christina Aguilera welcomed their new baby girl to the world Sunday, the whole Internet started wondering what the pop star named her baby. Once you know a celebrity has given birth and the child's gender has been confirmed, it's relatively common practice to start predicting names: Will it be a commonplace name? A made up word? A number? A cardinal direction? Don't worry, if you were afraid there would be a "West Aguilera" roaming the universe, you can put your fears to rest. Christina Aguilera's baby's name is Summer Rain Rutler, the 33-year-old singer announced on Twitter. Summer Rain joins 6-year-old big brother Max Liron Bratman as the latest Aguilera family addition.

You have to admit one thing: Summer Rain is like, the perfect name to be put into a song. Doesn't Summer Rain sound like it would be the name of a single, if not the name of someone you might meet at Burning Man? With Aguilera currently working on new music, might we hear some music about her new baby, her second pregnancy, or her love of August weather? It seems like a viable option.

Either way, Aguilera has a whole bunch to celebrate — the birth of her daughter, her new music, and the 15-year anniversary of "Genie in A Bottle." She's having quite the, ahem, summer, don'tcha think?