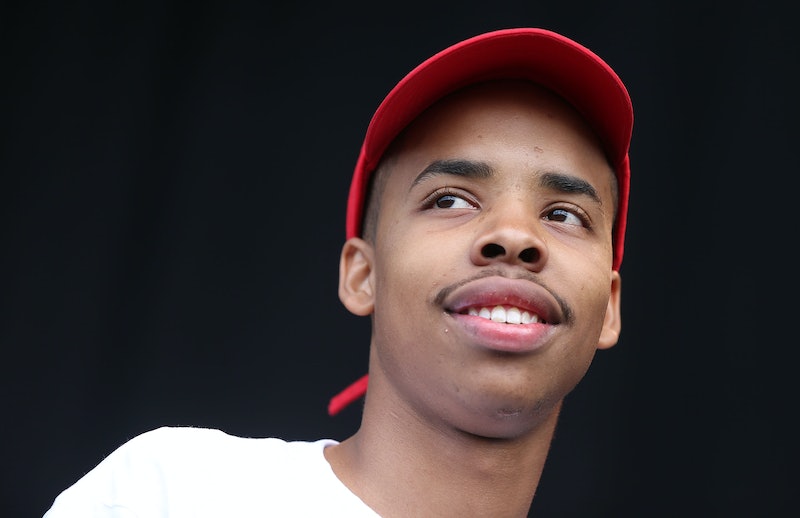 Taylor Swift knows how to generate interest, I'll give her that — but with the debut of her new single "Shake it Off" on Monday, many were not amused by the painfully obvious cultural appropriation entrenched in Swift's video. And on Monday night, rapper Earl Sweatshirt of Odd Future took to his own Twitter to call out Swift on the harmful implications of the imagery in "Shake it Off," tweeting: "haven't watched the taylor swift video and I don't need to watch it to tell you that it's inherently offensive and ultimately harmful."

Which begs the question (again): will Swift respond to the many accusations of appropriation she's already received in the hours after dropping the video? If I were to give the benefit of the doubt (and that's a big 'if'), I'd say that it has only been one day for the reception to her video to materialize. But she's had time to throw a pizza party for her fans in that one day; where is her response to the critics who want an explanation of the racist undertones in "Shake it Off?"

Up until this point, Swift has been a fairly innocuous and generally beloved star bordering the line of country and pop and providing girl power-ish anthems while still projecting an image of the good girl with a bit of bite. She's not a previous offender of being racially insensitive, but lo and behold, it looks like she had it in her. It's bemusing, even, that the call for her response is about a song she wrote about "haters" that she simply "shakes off," but it will be so disappointing if she tries to innocently avoid the topic or fails to apologize. But if she's anything like her peers in the popstar universe (always, always looking at you, Katy Perry), Swift probably won't provide the kind of response Earl Sweatshirt and the rest of her rightfully angry critics are looking for.

And even if she does, it's still the exhausting truth that she made the error in the first place. Swift might not be totally at fault; anyone involved in the concept and creation of the "Shake it Off" video could have noted that something was amiss. And the fact that black culture is still being fetishized and repackaged for a white audience is the bigger issue at hand that Swift is complicit in continuing, and the reason that Earl Sweatshirt is so justified in being angry. Here are his tweets: