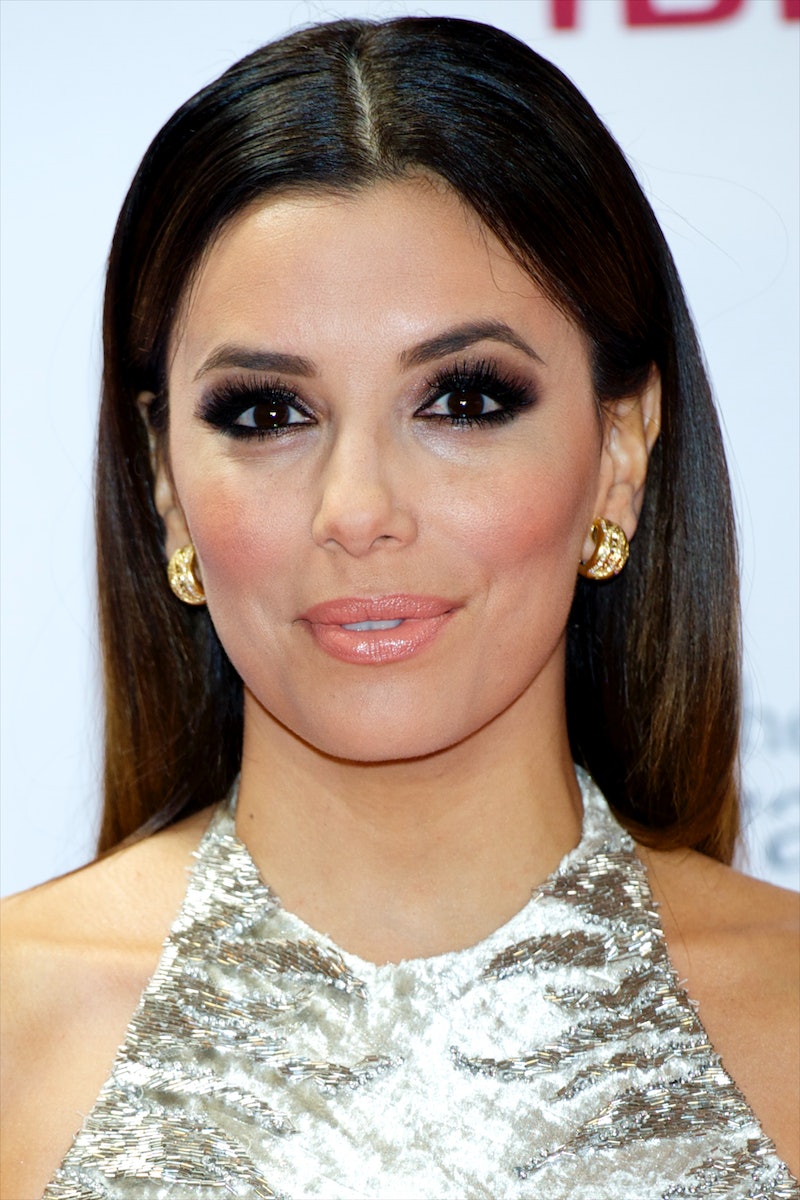 Eva Longoria, the beautiful actress of Desperate Housewives infamy, is officially signed on to guest star on FOX's breakout comedy Brooklyn Nine-Nine this fall. Longoria's role has already been decided: she'll be playing Sophia, a love interest for goofy cop Jake Peralta (Andy Samberg). Sophia's a defense attorney that faces off with Samberg in court, and apparently, out of court. Some sassy, legal-jargon laced insults are sure to ensue. She'll only be on three episodes, sadly, but luckily there are a bunch of other guest stars who will keep audiences satisfied.

And, awesomely, Longoria is the third in a string of amazing ladies that'll be appearing in the precinct this fall. Already on the roster are Kyra Sedgwick, the powerful and charming star of The Closer, and the hilarious Jenny Slate, who will play a (surely ridiculous) mob mistress on the season premiere of the show. Not to mention that the main cast itself is rich with strong female leads — Melissa Fumero as the hardworking, perfectionist Santiago and the object of Peralta's affection at the end of Season 1; Stephanie Beatriz as the tough as nails Rosa who inspires fear in everyone she meets; and of course, the inimitable Chelsea Peretti, whose Gina is always stirring the pot and tweeting about it.

Not only are two of the show's main female leads women of color, but all of their characters hold their own up to the dudes on the show. So while Patton Oswalt is a hilarious addition to anything he guest stars in, it's kickass that BK99 is focussing on bringing as many women on as possible.

More like this
What’s New On Netflix: Lana Condor’s Ghostly Comedy & A Sexy Reality Series
By Arya Roshanian
Here’s Everything Coming To & Leaving Netflix In July
By Grace Wehniainen
Paramount+ Wants To Take Over Your Netflix
By Sophie McEvoy
What That Ominous 'Selling Sunset' Season 5 Finale Could Mean For Season 6
By Orla Pentelow and Brad Witter
Get Even More From Bustle — Sign Up For The Newsletter