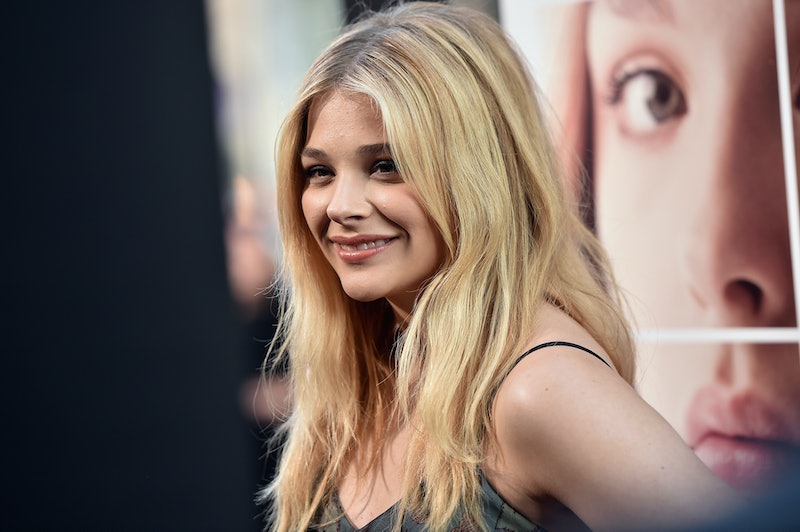 Chloë Grace Moretz is the latest actress to take on the lead role in a popular YA novel adaption, and though Moretz is only 17-years-old (17!!!) her natural talent promises to shine. Moretz stars in the film adaption of Gayle Forman's 2009 novel If I Stay, which hits theaters on Friday, and it's quite possibly her most challenging role to date. The film is about an aspiring cellist named Mia who is caught between life and death after she and her family get into a terrible car accident. Mia's parents and brother die in the crash, but Mia is left in a coma with the ability to fight for her life or follow her family into death. A major theme in the novel (and, from the soundtrack, it appears the film as well) is the power of music. Mia and her boyfriend, Adam, bond over their love of it, and it's one of the things that Mia considers when she is struggling to choose between life and death.

From the trailer we see that Moretz's Mia plays the cello in the film, which has made fans question whether Moretz is really playing the expert-level cello Mia does in the movie. Moretz may be a skilled actress, but she's not exactly a cellist — not that she didn't try to learn, of course. According to her interview with Chelsea Handler on Chelsea Lately, Moretz attempted to learn the cello for seven months before putting the bow down. As someone who suffered through viola training for years, I totally get the struggle, but luckily for Moretz, movie magic provided the solution.

[The filmmakers] just kind of cut my head off and put it onto another girl's body. So I'd be doing scenes and my hands are by my sides and I'm [trying to] act like I'm playing the cello with my head. And they're like, 'Don't move your body!'

Can you imagine how awkward it would be to act like your playing the cello with just your head? If you can do that, you're a true actress, and "faking playing the cello really well" is something that Moretz should definitely add to her resume.