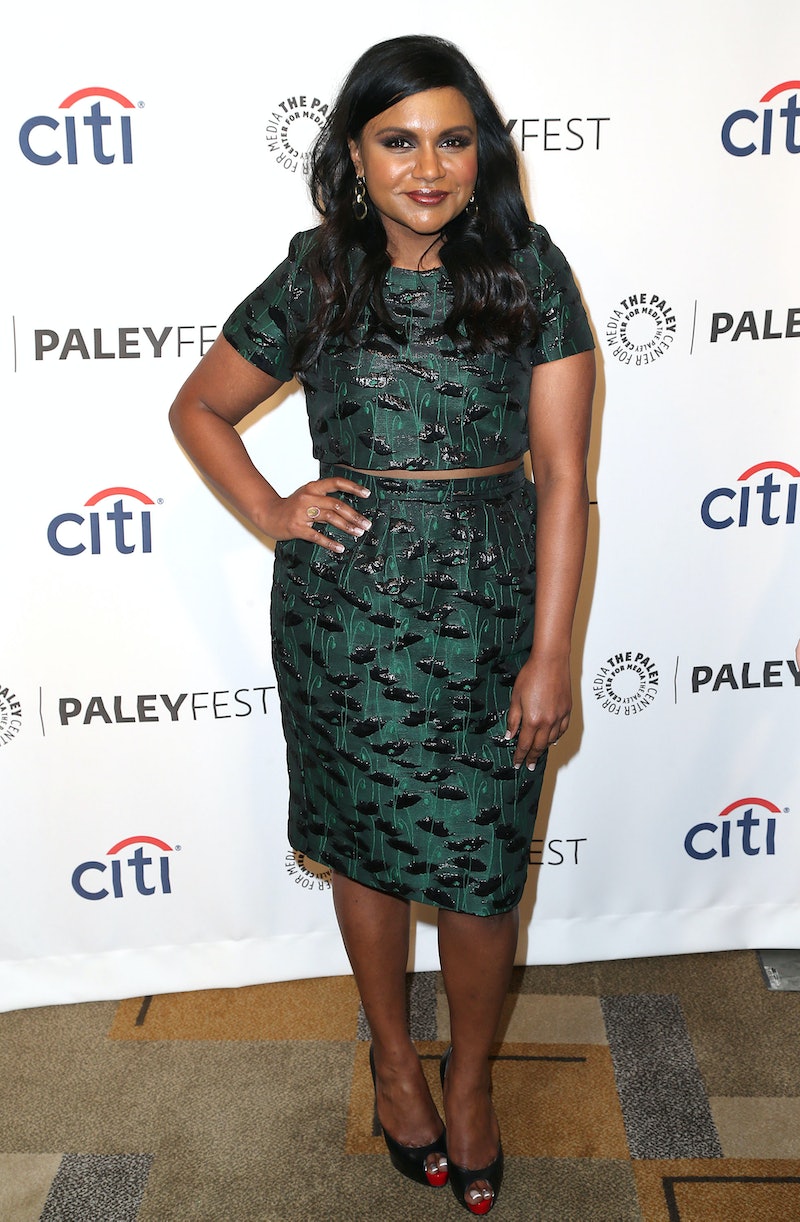 You can certainly tell Mindy Kaling has a writing background: When she took to Twitter Friday afternoon for a live twinterview at Birchbox to promote her new book/the fast-approaching season 3 of The Mindy Project , she averaged about just over a tweet per minute (that's got to be equivalent of like, a 5 minute mile or something).

Anyway, her rapid-fire tweets made it pretty difficult to stay on task — what with all the BJ Novak gems (I don't think I ship any other real-life people as hard as I ship them. THEY ARE REAL LIFE HARRY AND SALLY), the talk of her new book (which will apparently have an entire chapter based on ranking The Mindy Project's kissers — unless that was a joke; I'm bad at telling that kind of thing), and whispers of her upcoming career as a Broadway actress (and I quote: "MY ONE DREAM IN LIFE IS TO STAR IN MY FAIR LADY"), it was something of a challenge to keep things in the fashion and beauty-related sphere. That said, Kaling has some solid advice on the subjects, and her take on hair, makeup, and personal style is just as witty and hilarious as you'd expect it to be. Let's take a look:

3. On her favorite lipstick:

Currently heaving a great sigh of longing and singing mournful Taylor Swift lyrics because it's $50.

The more I read, the more I think hot rollers really are the way to go. Here's a great tutorial on the subject, if you're as intrigued as I am!

5. On her favorite styles:

Amen to that, because it's a look she really knows how to rock.

Paint store samples? Shh, we've all been there.

7. On what would be in her Birchbox:

I would totally subscribe if she did that. Make it happen, people.

8. On her favorite skincare item:

9. On her number one makeup priority:

It's my favorite, too! Very, very Annie Hall.

WHY CAN'T THEY SEE THEY'RE MEANT TO BE TOGETHER??