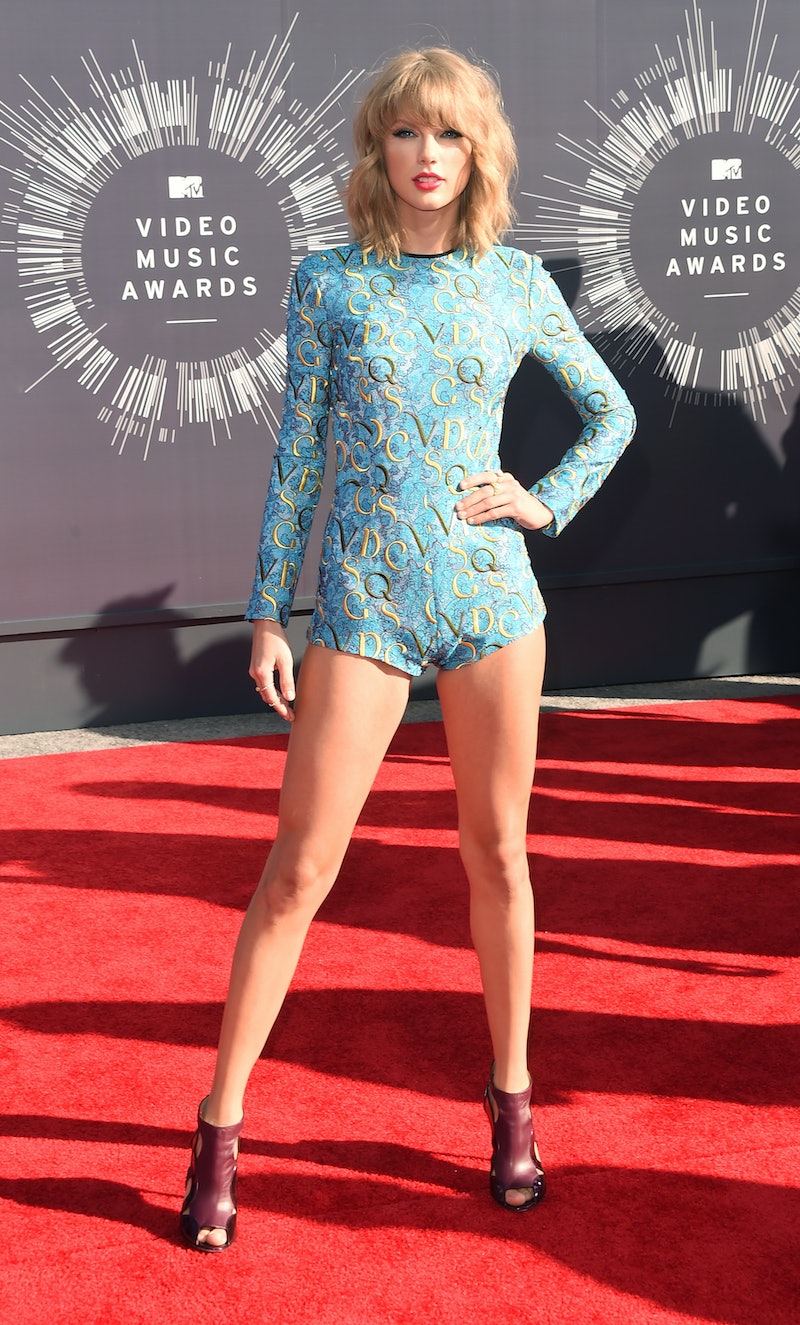 Since the release of her new music video, "Shake if Off," I'd been taking bets with myself on whether Taylor Swift would show up to MTV's Video Music Awards in one of the 10? 20? outfits she donned in the video. And if she did, which one? My vote was for the metallic, tracksuit number with gold-foiled lips. Hawt.

But Swift, a VMA and red-carpet veteran, has a reputation for chic dresses, perfect hair, and red lips on and off the carpet. And since she's been the style darling of the summer, it was no surprise when she hit the VMAs' red carpet with her signature, curled, blonde locks and bold lips. But that's only if you see her from the neck up. Swift certainly turned heads in a turquoise and gold, be-lettered (like bedazzled, but not as cool), long-sleeved leotard. The look shows off the singer's long legs, and is very different from dresses she usually dons at awards shows. In fact, I'd go as far as to say that she tore a page out of the Miley Cyrus handbook with this look. At least her shoes are cute.

And although Swift's red-carpet appearance didn't feature umpteen costume changes, or anything with cats for that matter, she found a way to make sure all eyes were on her, for better or for worse.