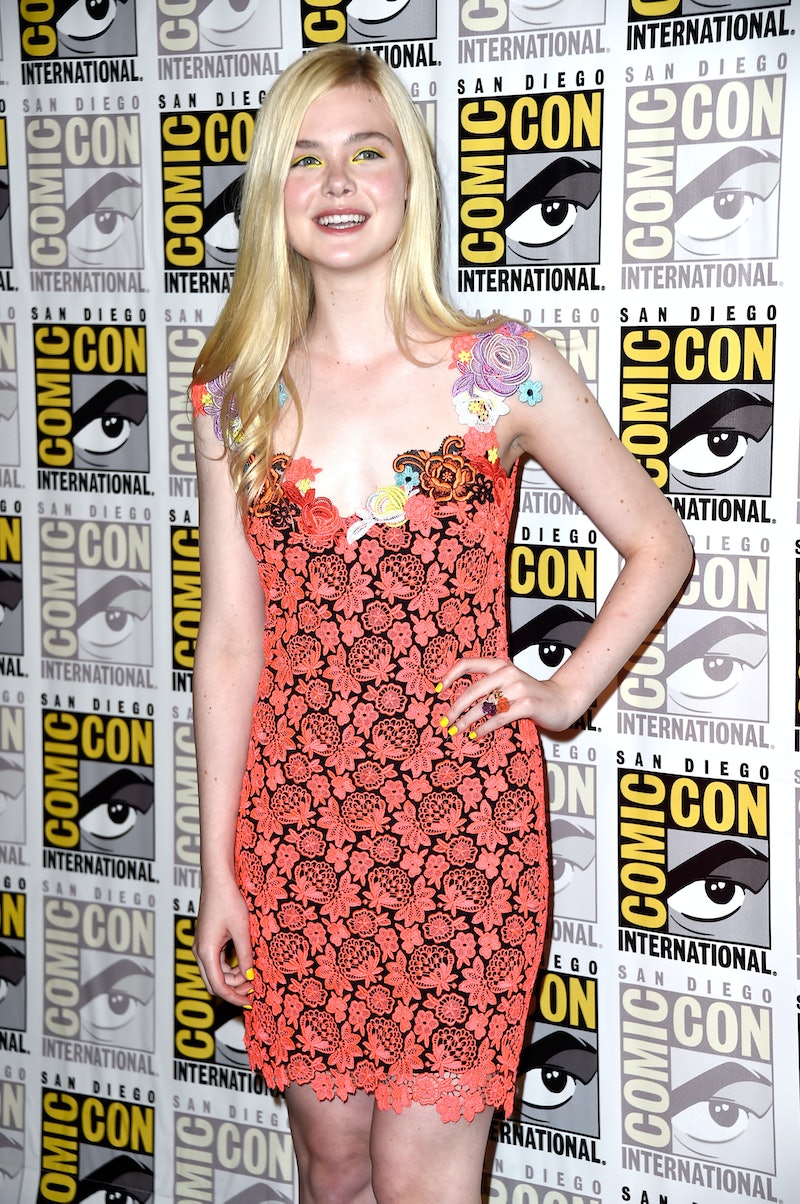 You guys, where has the summer gone? It seems like just yesterday that the 2014 Cannes Film Festival ended and summer began, but now Labor Day is just around the corner and everyone’s favorite warm-weather season is rapidly coming to an end. But at least it was a good one, right? I mean we learned all about what your summer style says about you (P.S. it's probably not what you'd imagine); we discovered more than 20 new ways to wear a summer scarf (who knew it was such a versatile piece?); and, most importantly, we realized that there’s a good chance Taylor Swift is the queen of summer street style.

And speaking of celebrities and their amazing warm-weather ensembles, this summer had a slew of sexy, sweet, and perfectly on-season looks in store for us, whether it was Maria Sharapova in Marc Jacobs at a CFDA event; Jessica Alba’s ladylike Antonio Berardi dress on Good Morning America ; or the string of sexy-chic ensembles Selena Gomez wore at the Ischia Global Film Festival.

But would you believe me if I said these ladies' looks didn't even come close to being the best celeb styles of the summer? In fact, there were at least 25 celebrity ensembles this summer that looked even better, and here's a definitive ranking of each and every one of them.

Even on a bad day, the model is still hotter than the summer sun, so it's no wonder she absolutely sizzled in this tiny yellow mini and voluminous, vixenish hair.

For those of you wanting to know how to dress like Keri Russell, it's simple: Pick a black and white palette, add a little bit of cool-girl edge, and look sexy as hell in a down-to-there red carpet gown.

Roberts kicked off the summer season on a high note, pairing her matching embroidered set with a sexy pair of metallic heels for just a hint of shiny color.

Chung's summer style was full of hit after hit, but this structured number — with its fun cutouts and mix of toned-down hues — was by far her best of the season.

When you're competing with the likes of Jennifer Lawrence and Emma Watson on the front row, you have to wear something amazing to really stand out. Fortunately, Theron's super-hot gold mini was just the look to do so.

20. Cate Blanchett's Chanel ensemble at the How to Train Your Dragon 2 premiere in Sydney

Not even the basic black shoes could take away from how stunning and intricately detailed that bodice on Blanchett's Chanel number truly was.

19. Kerry Washington's Sportmax ensemble at the Women in Film Awards

Is it summery? Not exactly. But is it really kick ass and totally not what we would expect from the ladylike Watson? Absolutely.

Kruger typically shines in her avant-garde, super-couture numbers on the red carpet, so it was a breath of fresh air to see her in something as casual (but still flawless) as this color-blocked Roksanda number.

The So You Think You Can Dance host's flouncy dress was everything you need for summer: flirty, floral print, and absolutely packed with vivid color.

The supermodel doesn't even have to get all dressed up to look amazing for summer. In fact, she managed to make a white tee and distressed denim shorts look like the hottest thing this side of spring.

From the braid and the fun colors to that smoky eye and those hot-pink heels, Dobrev nailed laid-back summer style in this separates combo.

13. Emma Stone's Dolce & Gabbana frock at the Magic in the Moonlight premiere

After a string of fabulous looks on her Spider-Man 2 press tour, Stone continued her red carpet reign of style in this beautifully printed Dolce & Gabbana number and strappy sandals.

The only thing more amazing than Blunt in this red-hot Prada number? The fact that she looks this great in it only months after giving birth to her first child.

I wouldn't be shocked if her fellow fans spent more time with their eyes on her beautifully color-blocked dress than on the action on the court.

The supermodel's cute green mini was only outshone by those amazingly printed, thick-heeled shoes (and maybe that Louis Vuitton case, too).

Everyone knows floral prints and summer are a natural pair, especially when you add a chic white pump into the mix.

Not only did Klum look hippie-chic in her electric blue fringed gown at the annual awards show, but all the twisting and twirling on the red carpet means she also had a really great time in this slinky ensemble.

The young star was summer perfection in her sequined Miu Miu mini and pared-down metallic heels.

Peltz was one of the biggest breakout stars of the summer season, and one glance at this vibrant, flowing Prada gown will tell you why.

I've already mentioned that Swift's summer street style is perhaps the best of the season, but it was this stunning red carpet gown at The Giver premiere that could land her atop the best-dressed-of-the-year list.

4. Taylor Schilling's Peter Pilotto dress at the Glamour Women of the Year Awards

Schilling's sexy look has all the makings of a flawless summer look: sequins, a lot of skin, and one really great updo.

The only thing to adore more than her charming floral-embellished dress is the bold yellow eyeliner she fearlessly sported, too.

Peltz looked like a veritable red carpet pro — and an absolute dream — in this icy blue, jeweled Prada gown.

Leave it to Rihanna to make one of the very first ensembles of the 2014 summer season look both NSFW and absolutely amazing all at the same time.