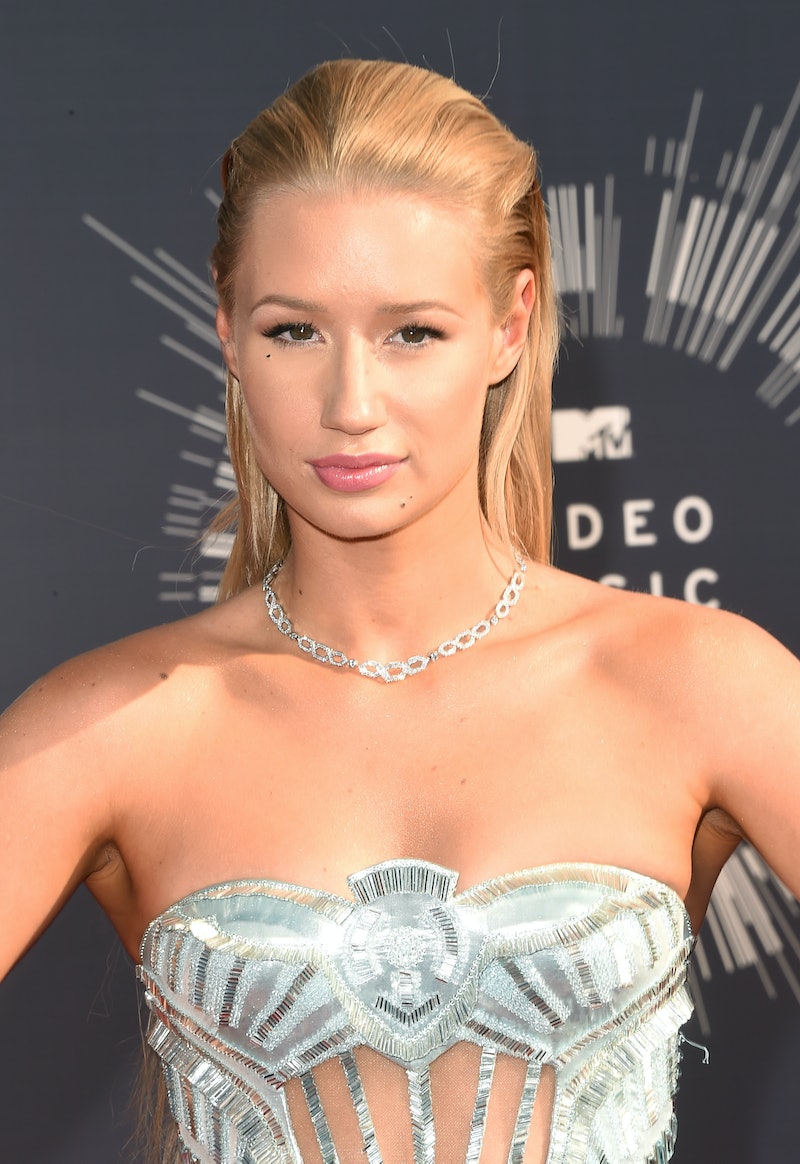 Iggy Azalea has outdone herself yet again, folks. She just arrived on the red carpet, and Iggy Azalea's MTV VMA outfit is predictably on point. Wearing a silver Versace strapless gown, Azalea is reminiscent of the Chrysler Building. With her hair simply slicked back with a little gel, she's serving real '80s glam. Let's all take a moment to bask in her fashion and beauty game, because this lady emcee isn't giving her title up as queen of the summer just yet. Say it with me now... She's so fancy, you already know.

Yes, this is the year of The New Classic, and she showed up dressed like she owned the place. With credits on two of the summer's biggest bangers, Azalea is nominated for 7 moon men tonight. Her runaway breakout hit "Fancy" (Feat. Charli XCX), has her in the running to win Video of the Year, Best Female, Best Pop, and Best Art Direction. Additionally, she's in the running to win Best Pop, Best Female, Best Collaboration along with Ariana Grande for her featured place in "Problem." Additionally, she'll take the stage to perform her new single "Black Widow" alongside Rita Ora during the show.

Yeah, so she's a busy busy girl. Back to her look though, which I'm enamored with. She looks like a sparkly vision of fashion nirvana, a mix of deco architecture and glam cyborg. With this mermaid-style gown though, there's bound to be a bit of fashion hobbling though when she walks. Hopefully she won't run into the issues created by booty in a jumpsuit. Iggy Azalea is just like us! She splits her pants, she succumbs to gravity on occasion, and she adores glamour.